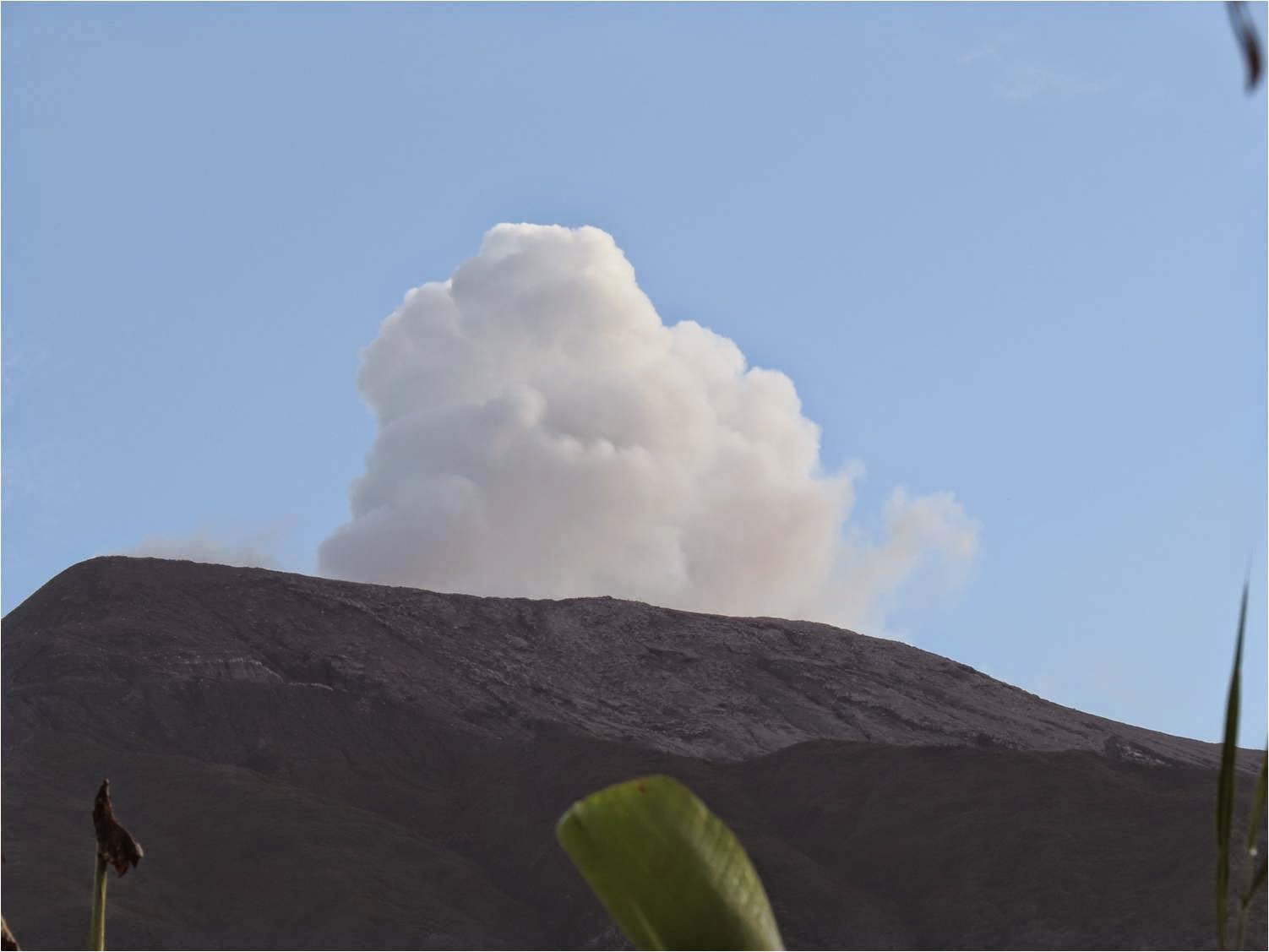 The alarm shattered a good night’s rest: 5am and time to get going. This was going to be our last crack at Mount Kerinci, the 3,800-metre volcano in Sumatra’s Barisan range. Opening the front door of Pak Subandi’s homestay, the first news was good: it was not raining. Rain on the mountain spells misery. There’s a common misconception, perhaps produced by constant-action wildlife documentaries, that tropical birding is always easy. It can be; a tropical wetland can produce wall-to-wall avian entertainment, but rainforest birding can often be slow. Sometimes it can be very slow. The previous day Neil, Grumpy Dave, Sophoan, our local guide Dwi, and I had put in a 17-hour shift on the mountain, arriving at the start of the summit trail the dark, and leaving well after dark. It had been a successful day, but the total of 31 species may shock some readers of this blog. Every one of those birds had to be worked for, reminding me of comments I’d read in trip reports before embarking on this venture: ‘This place is hard, really hard’ or ‘Kerinci has some of the most amazing, and demanding, bird species on the planet’ or ‘To describe the place as wet is an understatement.’ Yes, we’d been warned. 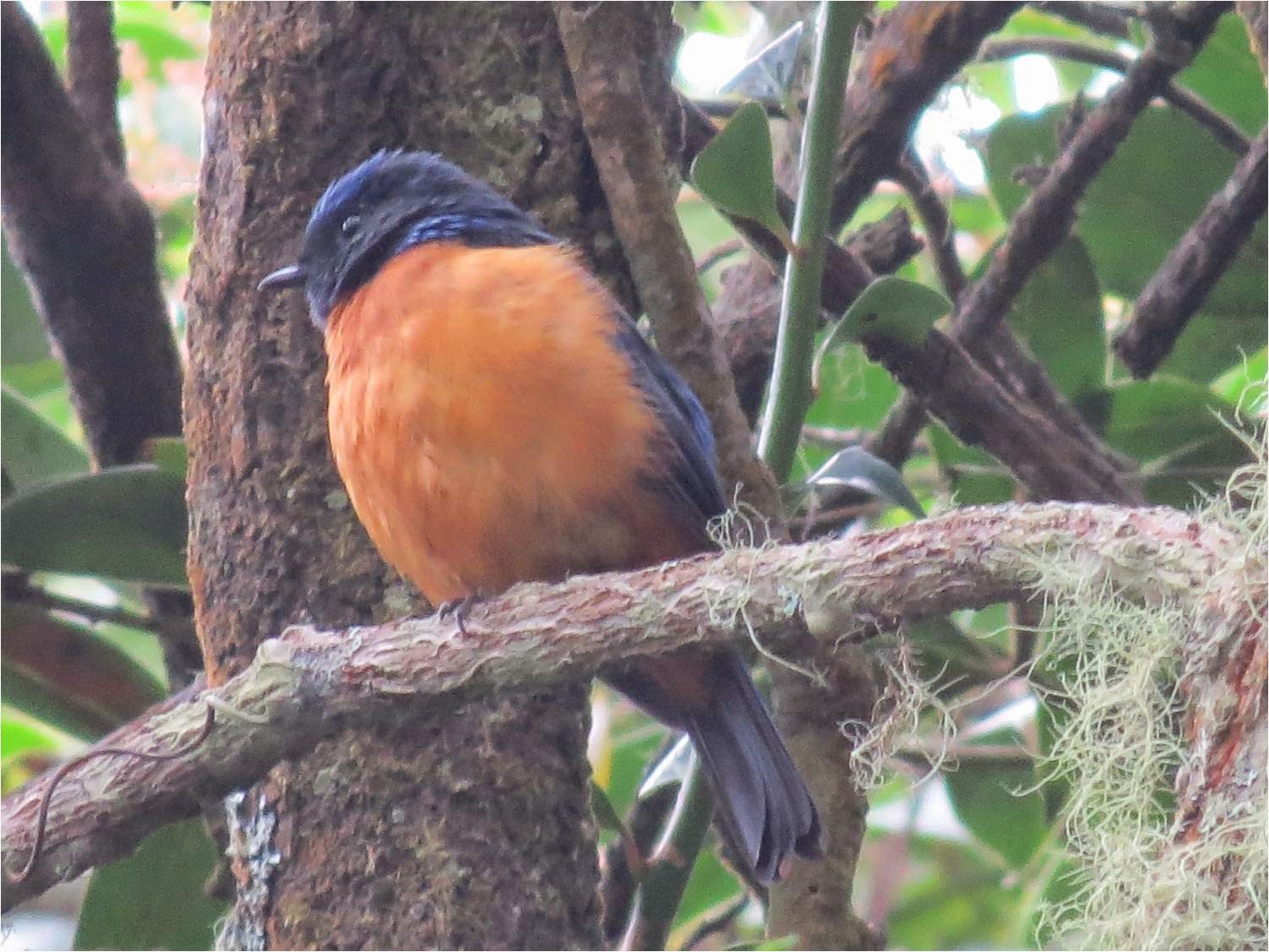 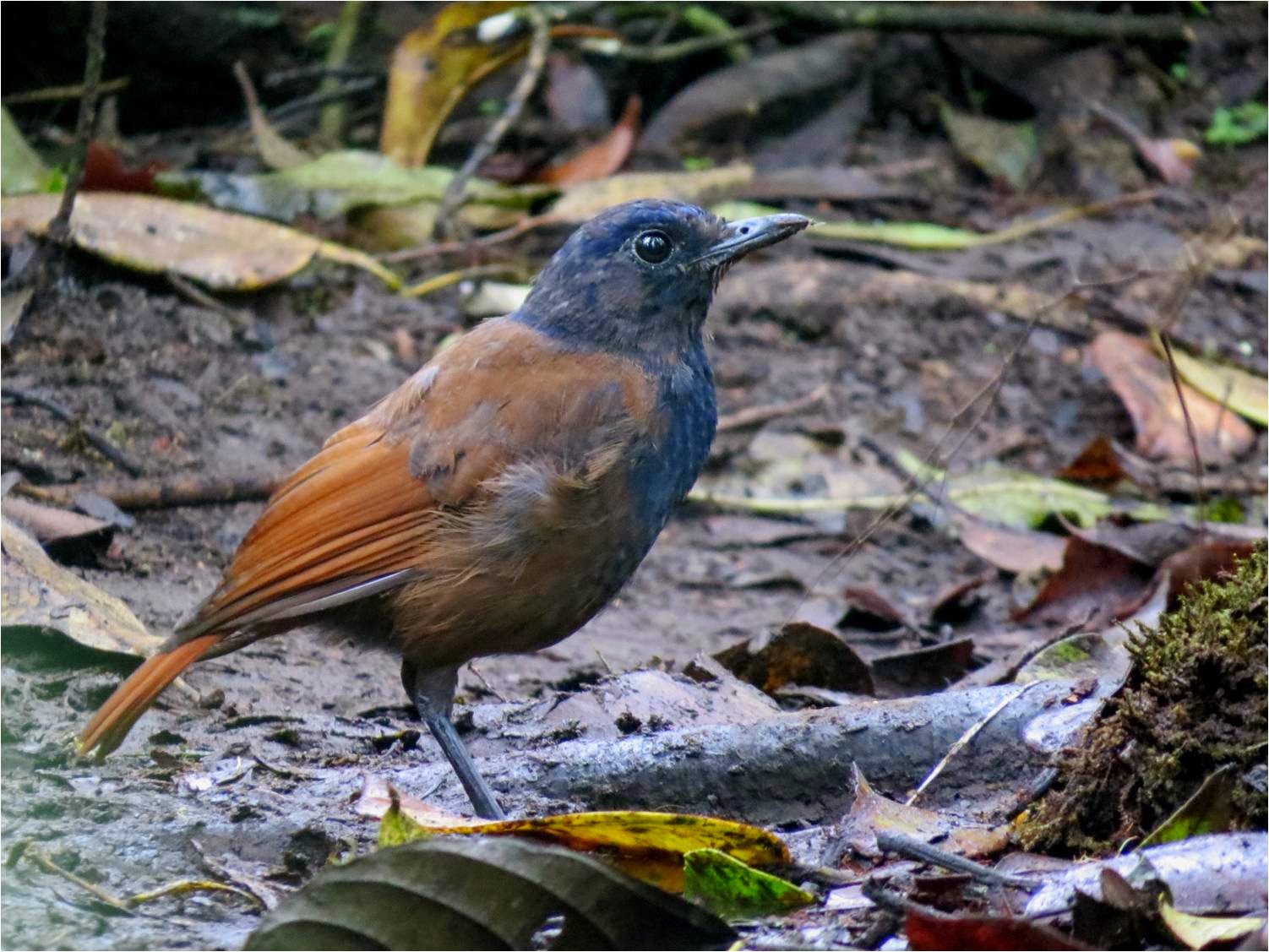 Now we were running out of time and didn’t even share the same priorities. Neil was determined to get photos of Schneider’s Pitta and Dave and Dwi planned to support this mission. This meant staying at relatively low elevations, around 1,900 metres. Sophoan and I wanted to push higher up the mountain and try for Sumatran Cochoa. At 6:30 we entered the forest and started up the trail we must have climbed a dozen times in the previous week. A Rusty-breasted Cuckoo and a Lesser Coucal sang as we entered the forest but the first real excitement was watching a juvenile Raja Scops-owl not far from its natal nest-hole. Eye-browed and Sumatran Wren-babblers appeared shortly afterwards. We reached the Air Minim rest-point at 9:15 and parted company. At times like this you wonder whether you’re doing the right thing. Was I throwing away the chance to get amazing views of Schneider’s Pitta? Would the others regret giving up on the cochoa? Would our various outcomes result in bloodshed when we met up in the evening ...?

The trail became increasingly steep and slippery, with regular fallen trees to negotiate. It’s difficult to bird when you’re concentrating on your next foot- or hand-hold while trying to keep your bins and camera out of the mud. In fact, it’s not possible. Thankfully the rain – an ever-present threat - held off. At the next base, known as Camp Cochoa, Sophoan and I took stock. A White-browed Shortwing (a higher-altitude species than its Lesser congener) sang close by and a small bird-wave passed overhead beneath the canopy, with Grey-chinned and Sunda Minivets, Ashy Drongo and Long-tailed Sibia – but not a Long-tailed Tit in sight. Then, fittingly, we heard a cochoa call, and not too far away. Over the course of the next 20 minutes it called three times more, but that was as good as it got. Onwards and upwards, this time to the Burnt Tree rest point, with Mountain Leaf-warbler and two Greater Yellownapes – but little else - on the way. But it was then that things heated up. A White-browed Shortwing responded to the tape and came very close, almost touching distance in fact, although there always seemed to be twig in front of the bird. In the same area was a Sunda Blue Robin, then So picked up a male Pink-headed Fruit Dove – feeding on fruit above our heads. Given our altitude it was not surprising that a whole series of ‘mountain’ birds appeared: Mountain White-eyes, Mountain Leaf-warblers and Mountain Bush-warblers. 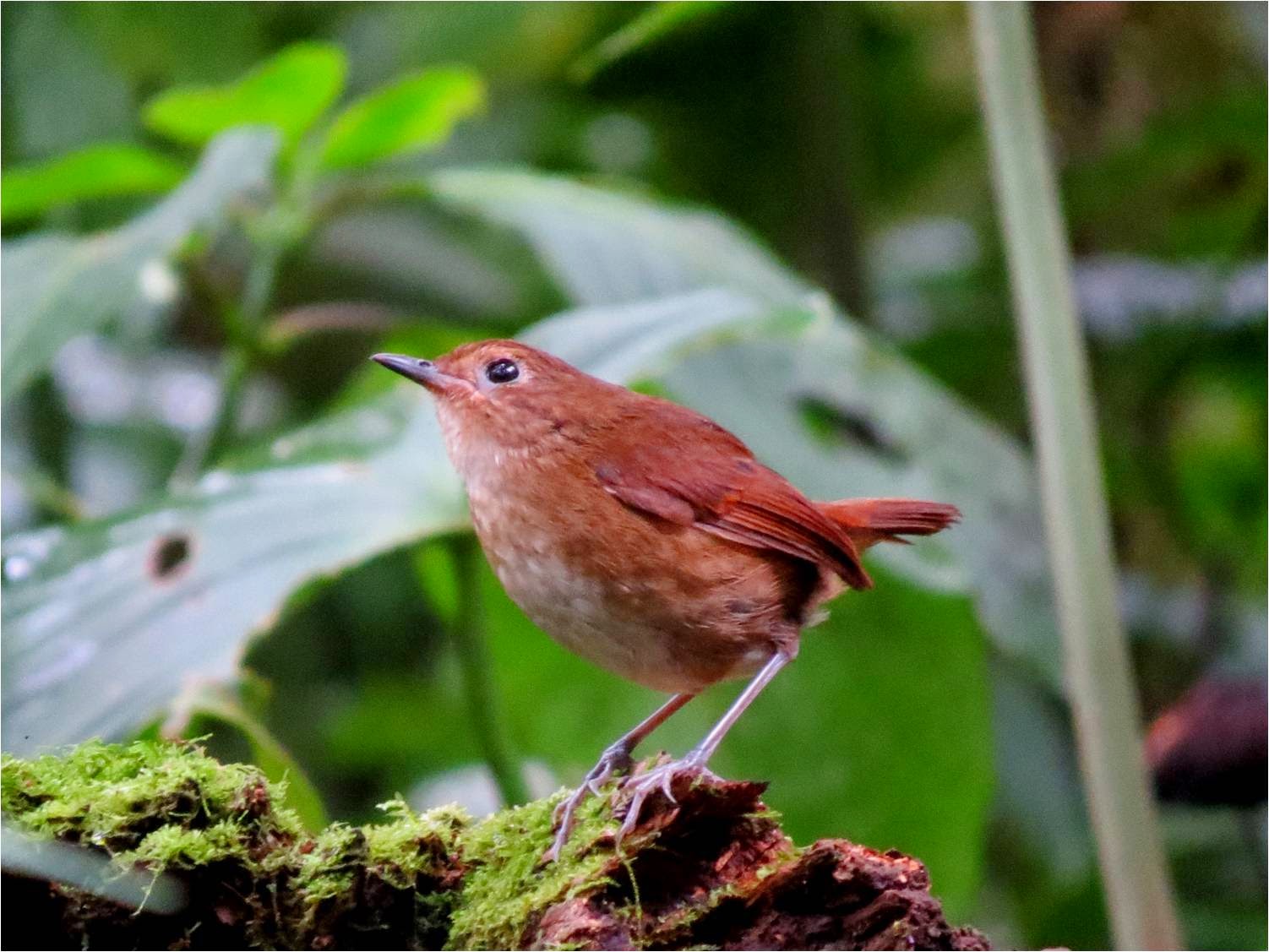 After a 700-metre climb it was a relief when the trail levelled out and we came into the open area of Base Camp 2 at 2,500 metres. Sadly, the detritus of trekkers heading up or down the mountain – cans, water bottles and the rest – had created a bit of an eyesore here, but the birding was excellent, with a White-throated Fantail, Orange-spotted Bulbul, at least 25 Mountain White-eyes and a pair of Sumatran (Rufous-vented) Niltavas, the latter a new species for Sophoan as well as me.

The clamber down was interesting, especially when at 3pm the heavens opened and the trail became a mud slide. But neither bones nor optics were broken and we had a tale to tell when we met up with the others. And so did they ...

To be continued
Posted by Nick Croft at 23:35