Norfolking pictures of a Great Knot 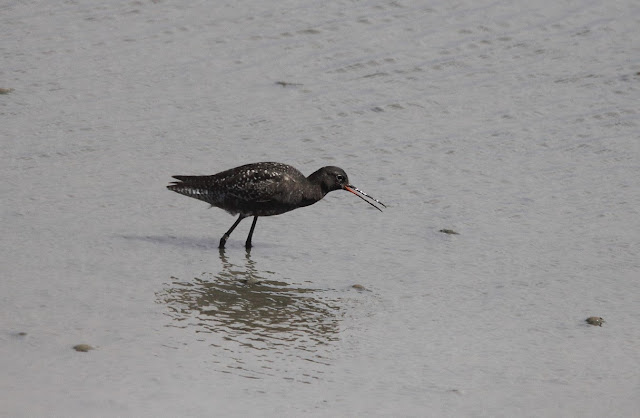 I didn't manage to see last year's Great Knot as it arrived and departed while I was training intern bankers, ah well! This year I thought my chance of catching up with this superb bird were also a lost cause–the Saturday I had free was winterish and there had been no sign of the bird, so I went back to bed. It popped up again and appeared to be getting into a routine–this time I will get you!

Roll-on the weekend checking its presence on RBA it was all go, apart from the enthusiasm squashed by millions of my fellow countryfolk.  Somehow I found myself at Kings Cross, no thanks to ongoing work on the tube.  A bitter tweet later and I find that I am not the only birder from London on the pilgrimage.  Jonathan Wassse is ahead of me and already on the "hopper" speeding circuitously through north-west Norfolk, until like a tagged-harrier his signal is lost along the coast. The bird was at Gore Point but now has flown with its cohort of thousands of regular Red Knot up to Scolt Head. Titchwell I reckoned would be the best bet.

After  12:00 I finally arrived at Titchwell and immediately felt better at this most intimate of reserves, it didn't appear too busy–the usual mix of hapless and the intense birder community.  I had a peak at the Knot on the scrape, a couple of Ruff too, the male still in breeding neck adornment and still a bit frisky, in the company of Sean Kerrigan, now becoming a bit of a fixture at Wanstead (could have given me a bloody lift me thinks!). We decide to mootch down to the beach where a falling tide might bring in our target. It didn't but never mind, it served up a mixture of Common, Little and Sandwich Tern, some Barwits, a Curlew and looking back over the marshes a Spoonbill and a fly-by Hobby–more than enough to pass the time by quickly.  I may have also been smitten by a young lady with blonde hair who was in the expectant crowd. 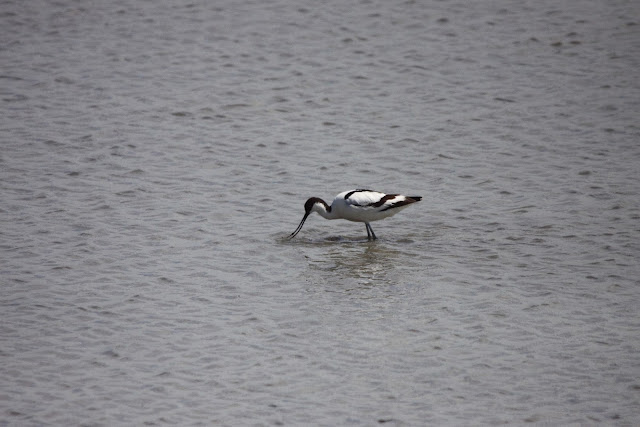 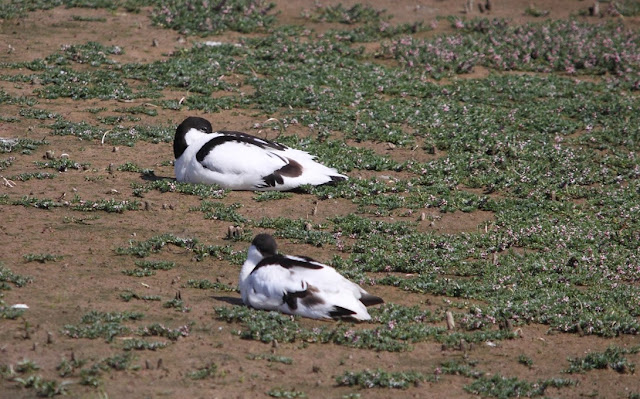 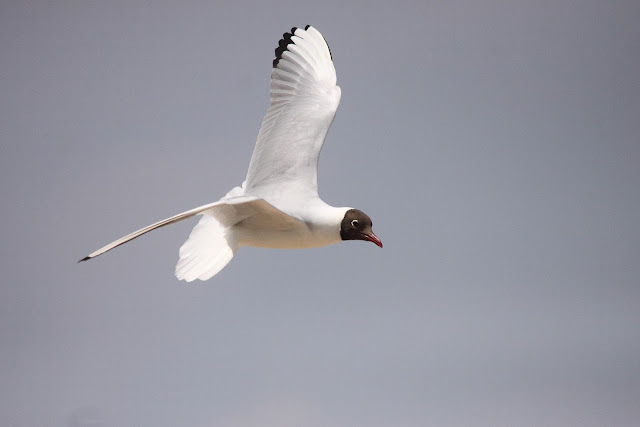 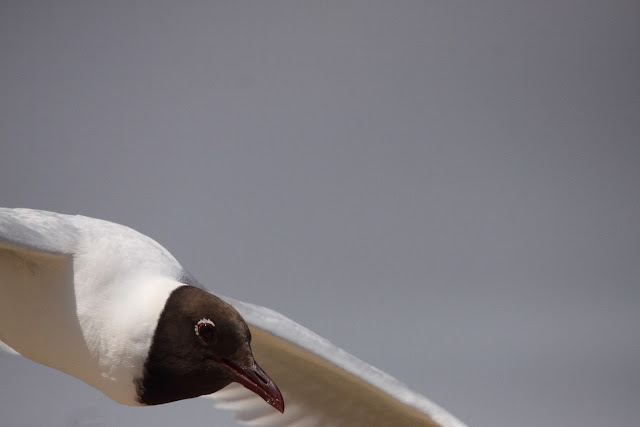 Jonathan W was there too and some of his birding chums from Barnsley, who I could just about understand. Time ticked on, too late for Sean who had to get back to London, and the tide gradually receded down the beach exposing the oyster beds that Knot were meant to favour.  A few hundred popped over the dunes to have a feed but the Scolt Head mob just bombed through west. So Gore Point is then. Jono and I made to leave, but I got distracted by a very showy Spotted Redshank close to the path still in much of its summer plumage. Well you would. 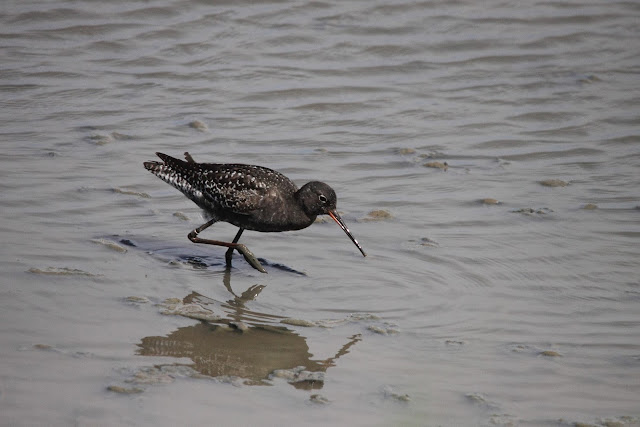 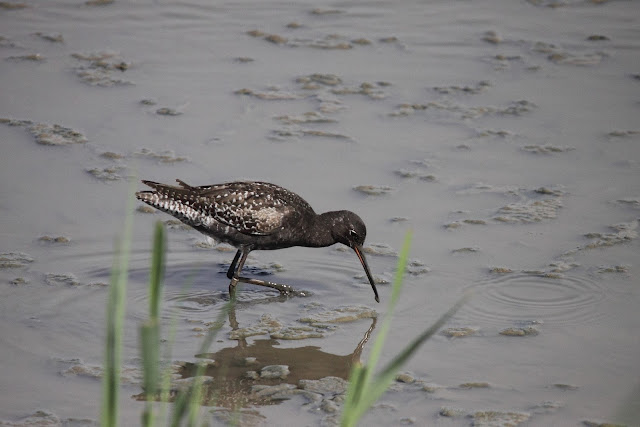 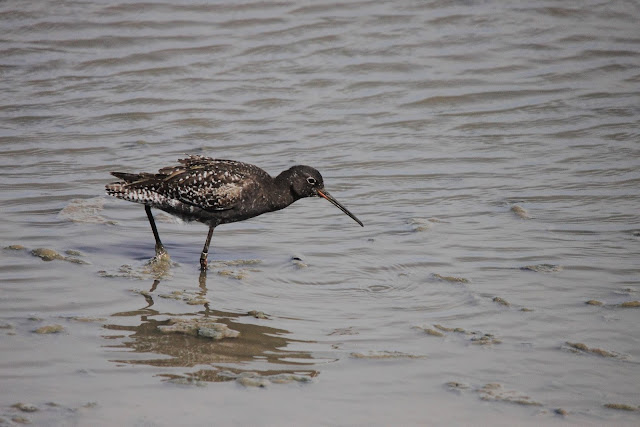 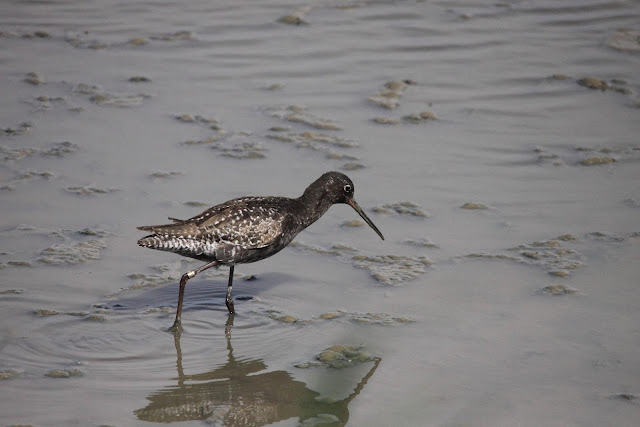 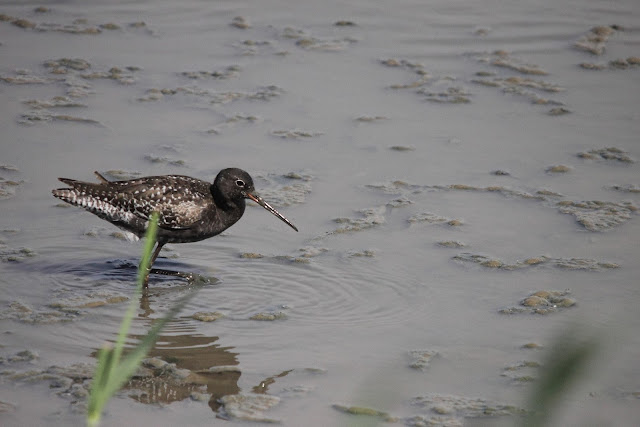 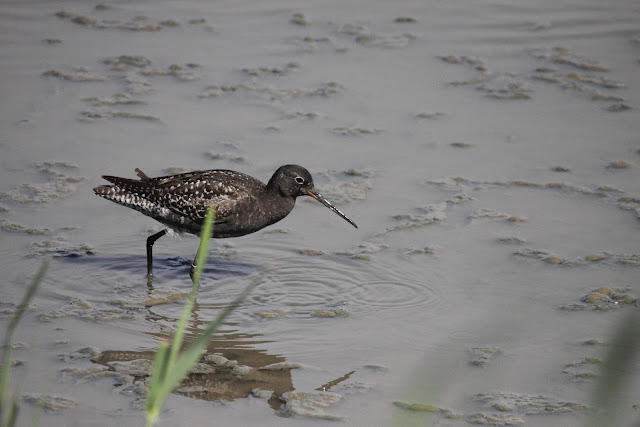 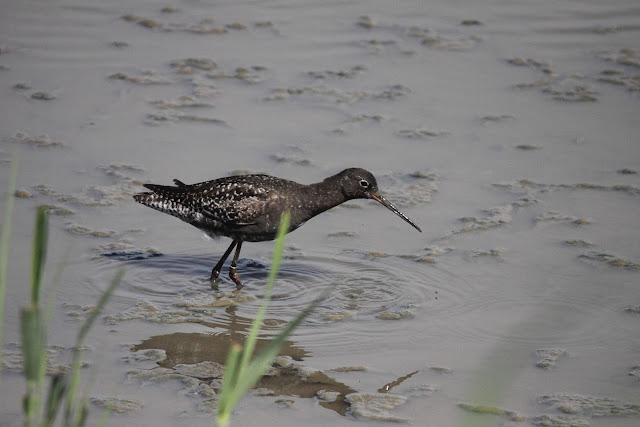 Not so Mr Wasse, made of sterner stuff, who ventured off on his own.  After a a quick coffee and a check of the bus times–one was on its way–and the coffee ends up in a bush.  Time enough on the bus to realise I wasn't actually sure where Gore Point was, no matter I would do the decent thing and walk from Thornham and check the beach along the way. Of course now I was playing against the clock and the last "hopper" back to Kings Lynn, and I would have probably missed the action if it hadn't been for birders coming the other way.

Jonathan meanwhile I had been offered a lift round to Holm Golf Course and had made it to the point way ahead of everyone and with a few minutes of setting up his scope had the bird.  Unfortunately he couldn't get the news out until another birder with a Norfolk friendly service rolled up. When I arrived a small gaggle were present and luckily so was the bird in amongst thousands of reds.  It kept to the back and every so often would scurry through the crowd and disappear again.  Smart bird, rather like a big Turnstone, which reminds me I still need that! 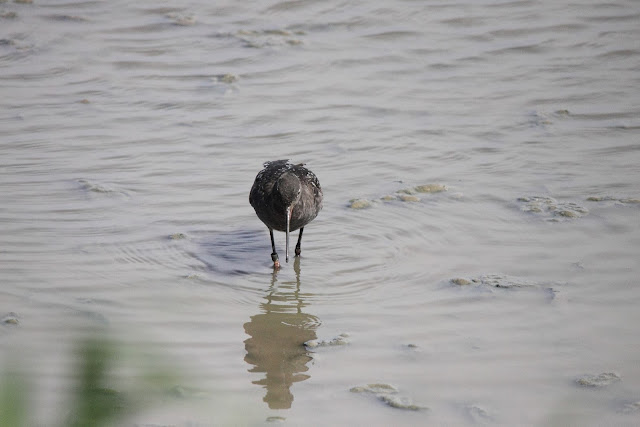 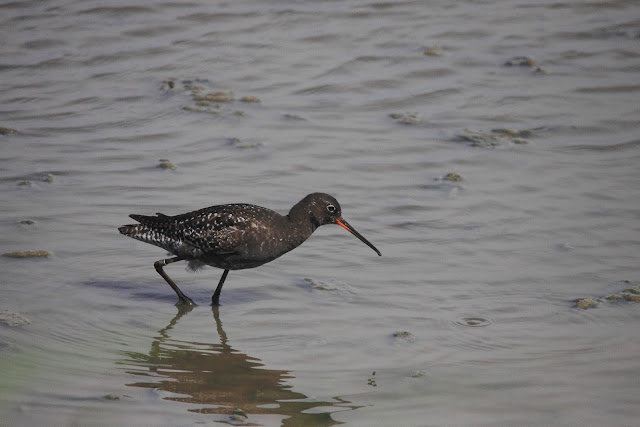 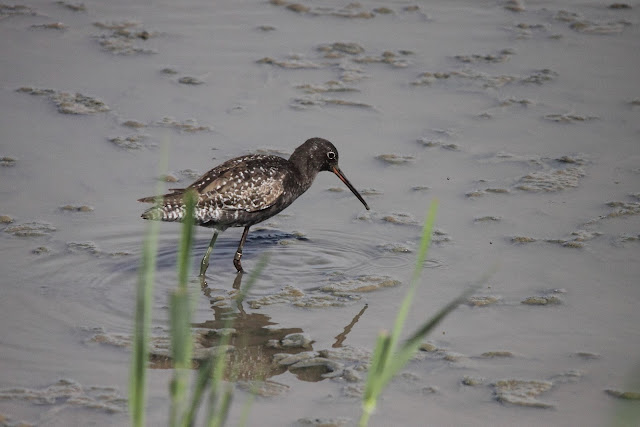 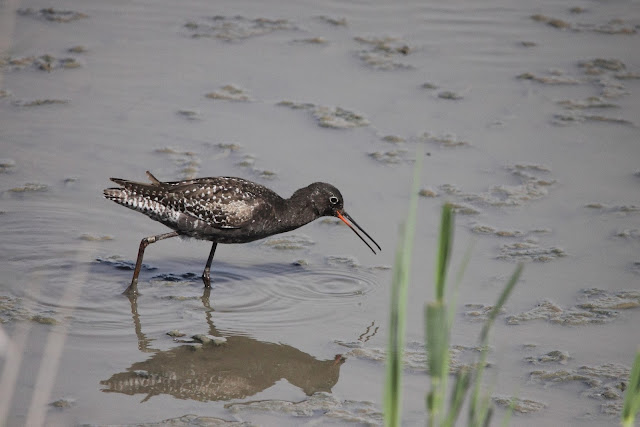