Three yanks and I am done

Strange that neither Hawky or Jono used this suggested title, so I am gonna.

Picked up at twenty to four on Saturday morning; 6 hours in a wet muddy field in Gwent (apparently it wasn't a music festival, I asked!), apparently some yellow bird from the US was over here. Having not seen this particular yellow bird by lunch time, we decided to go after a couple of other yankee birds which were also down Wales way. 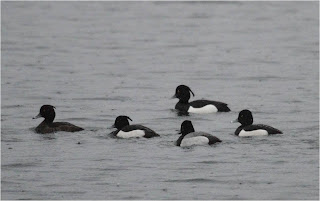 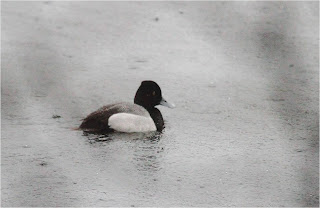 A Lesser Scaup. Ever so smart and piss easy. Harder was finding the next tick, Bonaparte's Gull, but not half as hard as finding the the supposed site in the first place (the Heliport). In the end we went to the sewage works itself and Hawky did his trick of spotting the proverbial Bonaparte's gull in a black-headed gullstack. 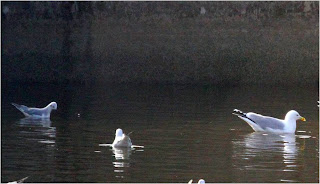 Meanwhile a certain yellow bird had finally shown itself. Luckily for me we finally saw it too, else I still be walking back from Wales, especially after saying: "I love it when a plan comes together", when we hadn't seen it! 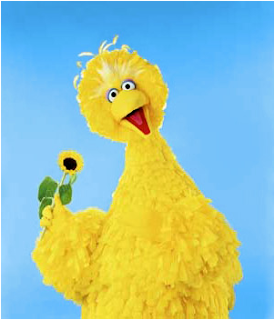 I was slightly disappointed as I thought this was the bird I was going to see!
Posted by Nick Croft at 21:30