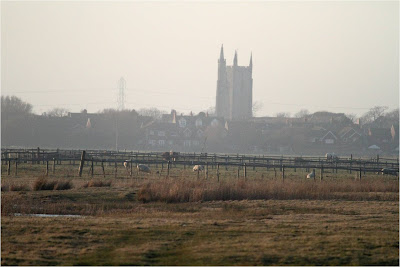 I suggested to Mr Fisher that he might accompany me to Dungeness a place where at he used to work for the RSPB doing some botany stuff.  He said that would be very much to his liking.

I had informed Mr F there would be some walking involved.  With the buses not running till after nine, it was either walk orsplurge on a taxi.  I compromised and splurged on a taxi as far as Camber Sands.  Luckily Stuart had never been to Camber so it was a bit of a treat for him.

We had a look on the beach: a shed load of Great-crested Grebe, some Dunlin on the rising tide and a Red throated diver leaving Kent heading west.  A Beach Warden came and asked what we were doing, pretty bloody obvious I would have thought, but I am not from round these parts so we told him.

Then we walked.It's only 5-6 miles to Lydd from here and a further 2 say to the RSPB at Dunge, 2 hours easy and a few pits to check on the way.  I've done this walk before and it always feels a lot longer, something I had neglected to tell my companion. Tee hee. 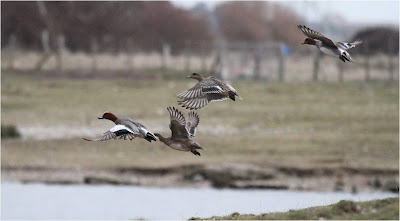 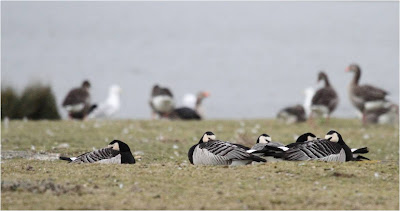 On the way we came across probably the largest feral flock of Barnacle Geese I've seen and even more incongruously they had blue morph Snow Geese with them, since I had not noticed any mention of these birds on RBA or Birdguides they must be self found megas, or escapees...

My filthy year listing ambitions had brought me here to get amongst other things Great White Egret (probably the same bird I have seen these past 3 years), Tree Sparrow, Penduline Tit (Ha!), and anything else kicking around the place ooh I dunno, Dartford Warbler perhaps or Great Skua by the power station.  For Stuart it was a return to a place he'd worked at during his time with the RSPB many years ago, his job to survey the botany of one of the fields.  Which field he wasn't too sure about, unsurprisingly as it was many years ago, but he suggested most of them as we walked about. 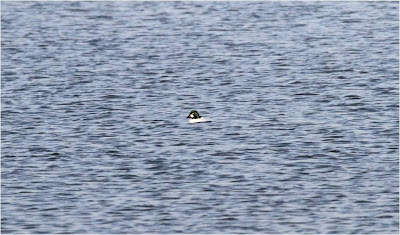 It wasn't looking too good, the Egret had not been seen, the Penduline Tit (ha!) was elusive as always and there was bugger all else about.  We joined groups of people bins raised in the hope it was something exciting.  "... a Kingfisher went into that bush", we made our exit.  "a Cetti's was seen briefly over there", really?

The Smew (a lot of them by all accounts) were still around, as was the Long-tailed Duck both always worth a look. Picked up a Tree Sparrow at the visitors centre and the distant Smew and the mobile LTD.  After a cuppa and some biscuits off to the Arc, just in case the Penduline Tit (ha!) might put in appearance.  Mr Fisher, you see was my secret weapon, his hearing is as acute as any bat, and his ability to pick birds by call legendary. So if the PT was to sneeze, bingo, job done!

As we strolled to the Arc, passed more fields he might have done his survey work in, I spotted a large egret flapping towards us.  Lucky.  The Great White.  It flipped and appeared to land on the new diggings. 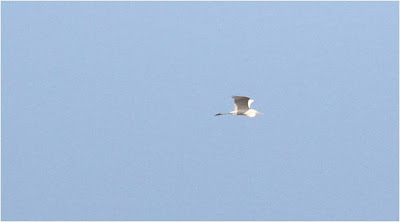 At Boulderwood Farm Tree Sparrow, hundreds of them.  Never seen so many ever I think, even when they used to be commoner. So wow! 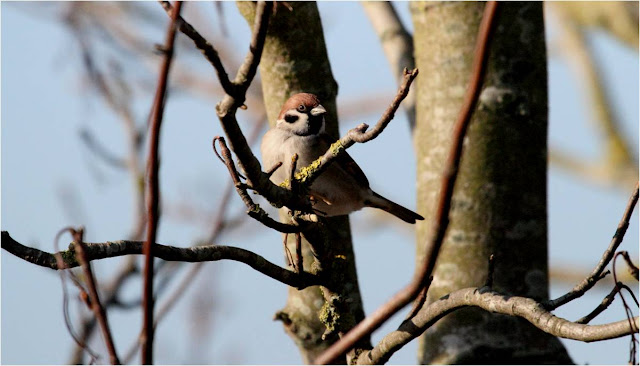 The Arc had more smew, ; we counted about 17 red-heads and similar numbers of Goldeneye but 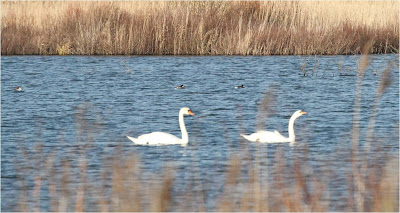 only 2 drakes on the whole site.  By now the effects of walking were taking their toll on our aged bodies and we decided to give sea watching a miss, this time, instead head back to Lydd for the bus and a fish supper in Rye. As darkness fell we got some cracking views of the Marsh Harriers, I got a Peregrine low over the reeds while we packed our things at the viewing mound we heard a brief strange call, which Stuart suspected to be that of a Penduline Tit, we scanned the reeds, nothing, played a lure, nothing.  Arse! 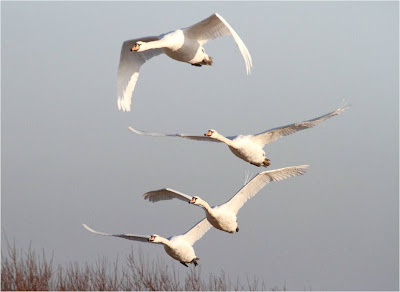 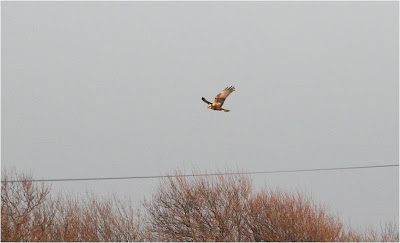 On the way back to Lydd a Bittern flopped its way in from somewhere close to the firing range giving us a four heron day.  It was good to be back here, its a strange place but quite intriguing, always seemingly better around day break or night fall. 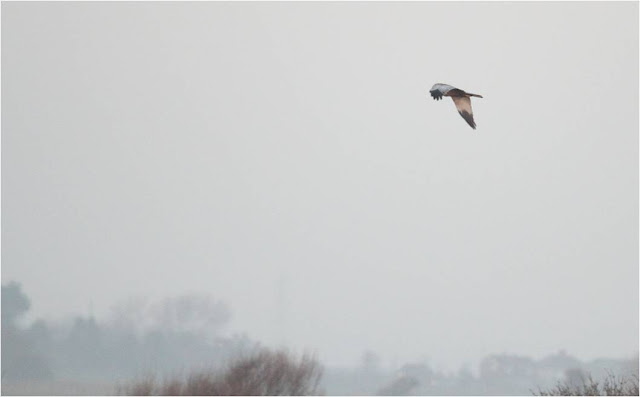 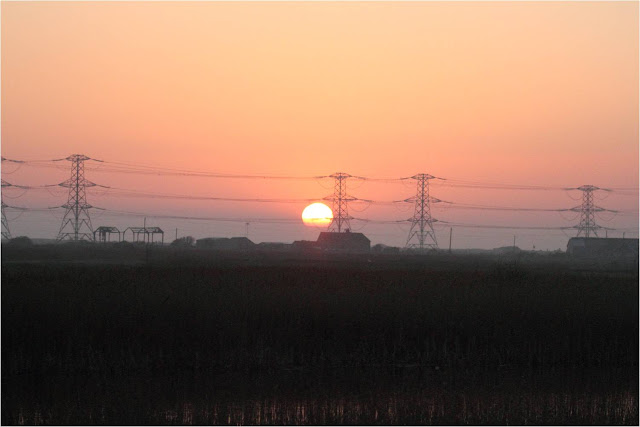 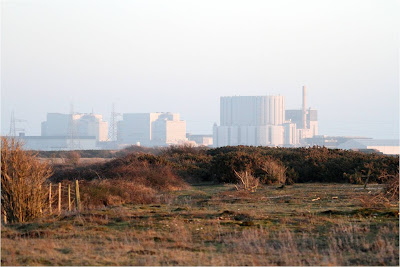