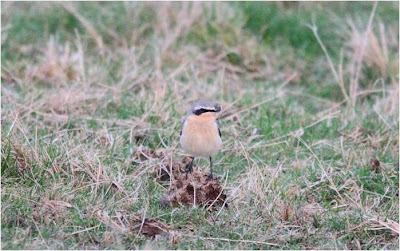 As I sat in the hotel bar reviewing the day and getting outside a bottle of Cabernet something,  my pager informed me that faffing around at Ferrybridge had cost me an Iceland Gull at Radipole, again. Bugger, one of my target birds missed.

Sunday up and down Radipole as it was getting light.  Nothing much out of the ordinary as I went round the buddleia loop, but on the way back Lodmoor's 2 Spoonbill flew in a wide arc over the town and disappeared to the south.  Disappointingly I also found the drake Hooded Merganser. 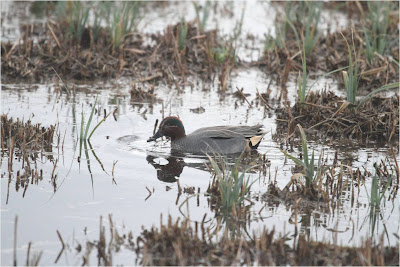 First bus to Southwell and a hike up to the bill.  A lone Peregrine kept me company for a while and surprisingly there were no Wheatear, at least till I came down the last slope by the car park. I set up my scope to the west of the lighthouse figuring things would be coming that way, and to avoid looking into the sun.  Auks skitted backward and forward, a few scoter, Gannet and some Kittiwake.  Hardly a feast, but enjoyable none the less.  The few birders that were there soon upped and left and I moved further round the headland.  A lone Fulmar was about the highlight, bar a few mipits coming in off the sea and a couple of, presumably, alba wagtails. An old hand came up to me and asked how things were going.  He seemed informed and affable.  He told me where to find a male Black Redstart by the huts and the best place to find a Little Owl.  The Purple Sandpiper weren't where he suggested they might be, a Turnstone was.  I met him again as I wandered across the sward in the direction of the obs.  I found the Redstart, cracking bird, but the Little Owl was not at home, or probably was, ensconced in his hollow.

Ken (Palmer), as he introduced himself to me, apparently is a top a Dorset lister and certainly knew his stuff.  He offered me a lift back down to Ferrybridge so we made our way to the obs to get his car.  He checked the latest news from the obs while I had a look at the mist nets.  A timely Firecrest had just trapped itself, about the best view I am ever going to have of one of these gems.

While we drove back north I said that going to Ferrybridge would probably encourage me to have another go at the Richard's.  Ken offered to chum me down to the camp and have a look see.

Another birder was there in the corner of the field I had spent so much time in the day before.  He like me had drawn a blank. Ken's suggestion was that the bird liked to feed on the steep grassy slopes just above the quay side.  I dutifully looked.  "There's a small pipit wandering about", I said, assuming it was a mipit.  Our companion with the only scope gave it the once over.  "That'll be it!" Sweet. 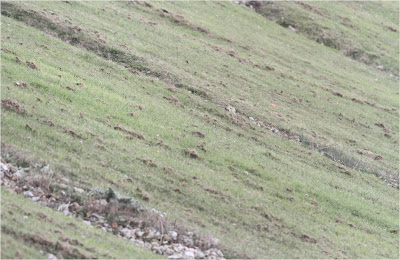 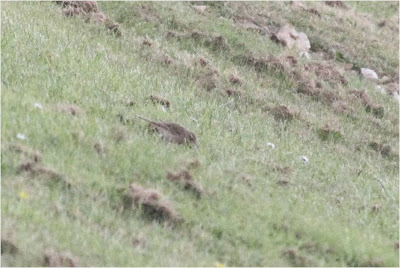 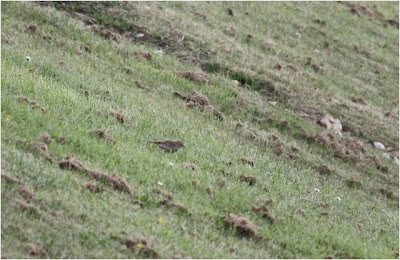 Now Ken wanted to go and check out the Hume's, since I had seen it yesterday it was my role to find it, else I would be walking back to town.  No pressure then.

Luckily he didn't mean it.

The fleet was emptying and a flock of 10 Ringed Plover scurried across the mud. 2 adult meds and surprisingly the first Redshank, and only Redshank, I had seen all weekend.

So thanks to Ken and his hospitality and useful local gen, where had he been yesterday?

Now back on track I headed towards Christchurch on the train, the Spotted Sandpiper the potential, but highly unlikely target.  Unlikely as the tide would be turning and I knew the marsh would be infested with dogs and walkers.  On the plus side there might be a pair of Garganey in the channel.

Interesting place Stanpit Marsh, but I was right about the Sandpiper and failed to connect with the Garganey.  Plenty of Med Gulls calling high in the clear blue sky and on the way back a Water Pipit rose from one of the ditches, calling  as it disappeared. By now it was getting late and some serious injection of haste was going to be called for.  A taxi!  Even then I only just made it to Hordle, temporary residence of one Rose-coloured Starling.  Having finally found the war memorial I felt slight out of place and incongruous. Luckily the Starling soon flew over my head and did a few standing on roof and in trees, and a bit of flying around before disappearing into a hole in a tree.  Ten minutes later I would have missed it.  Timing that is. 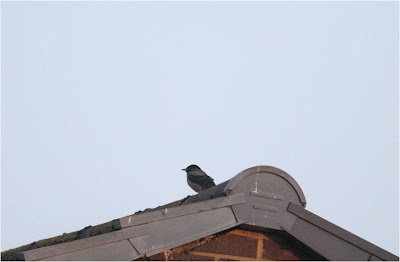 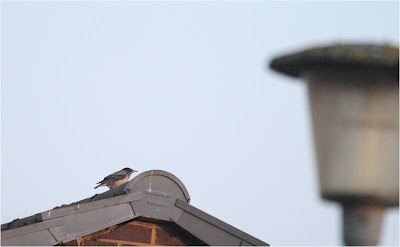 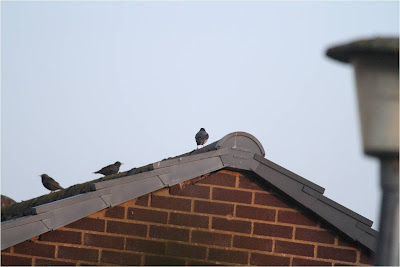 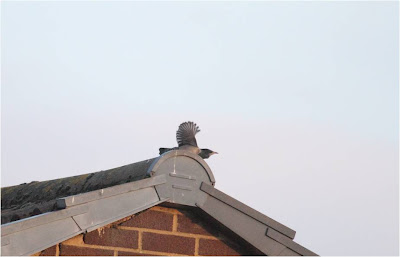 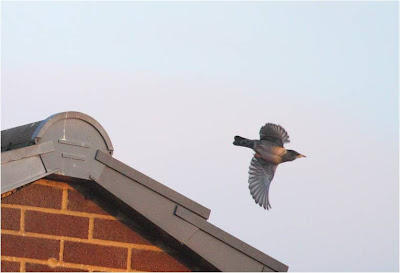