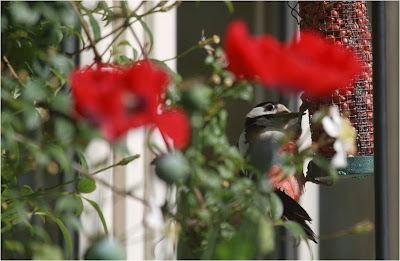 A toss up. Kielder Reservoir for nesting Osprey, Ring Ouzel, Whinchat and stuff, or sea watching? I like it when decisions are made for me. The buses to Keilder had gone so sea watching it is then! 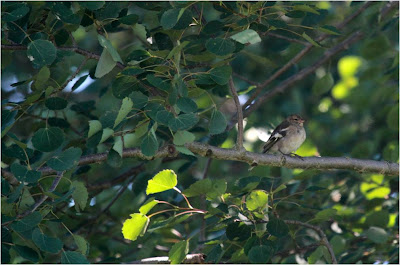 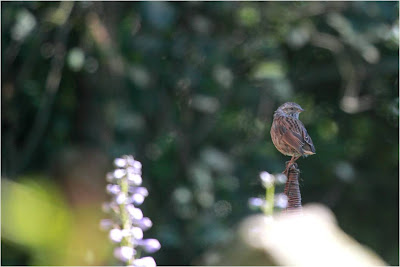 Newbiggin looked good, but as the metro stopped at Whitley Bay I went there instead.  It didn't look so good, so I made my way down the coast towards Tynemouth and a rather large breakwater I could see there.  A pleasant walk along the coast with the weather getting decidedly better as I went.  A fairly stiff on-shore breeze suggested that things might happen. As it turns out I picked up my first skua just north of Tynemouth Abbey hurrying north, low over the waves.  As luck would have it someone else sea-watching north of me confirmed my id as an Arctic. Ding, year tick. 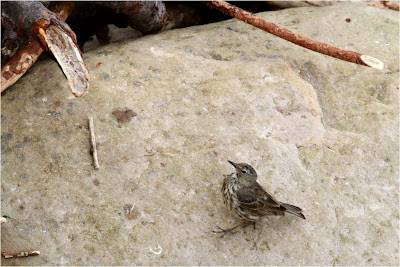 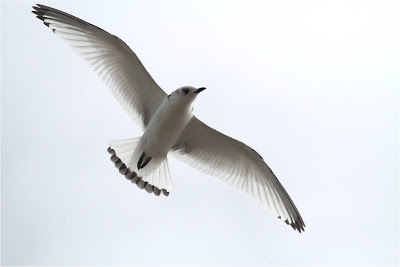 I idled for a while just below the abbey on the breakwater trying to get a decent shot of the nesting Kittiwake and the occasional Fulmar as it circled stiff-winged.  Then off to the end of the pier where I guessed I would be nearer the action. It appeared I was: Gannet, tern, scoter, a few manxies and another skua or two.  This was good. 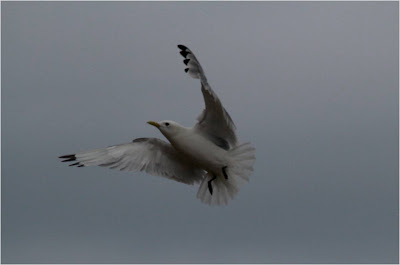 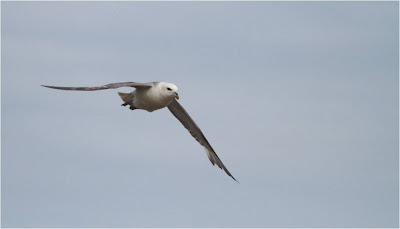 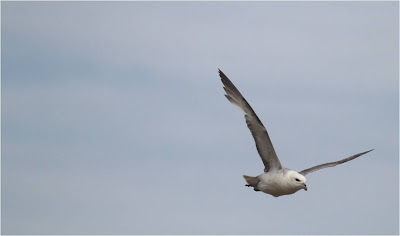 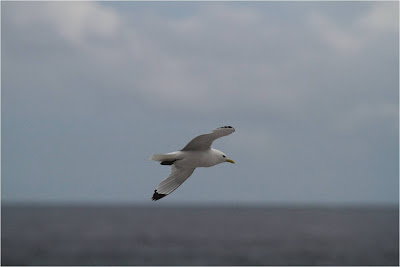 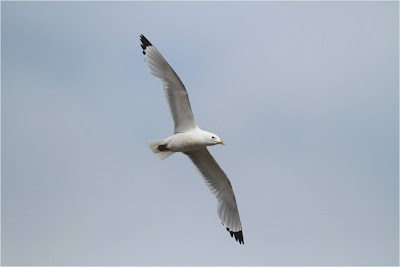 Unfortunately the tide was turning and for safety reasons they went and closed the pier, as now the waves were breaking over it's side.  More elevation was required. So back up to the abbey, which itself then closed, the attendants turfing me out. So I walked back to the small headland to the north and set up again.  This was much better.  More manxies, four Sooties, one of which came tantalisingly close, and some more Skua - one confirmed as a Pom by the birder to my north. 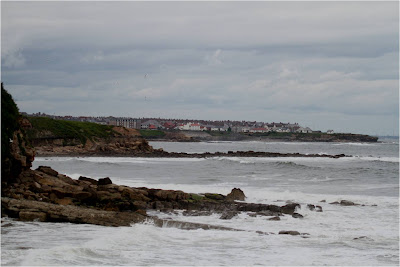 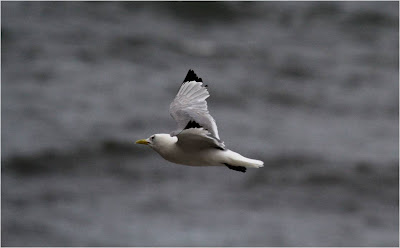 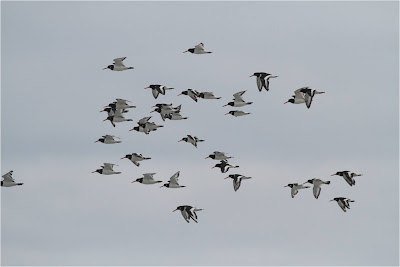 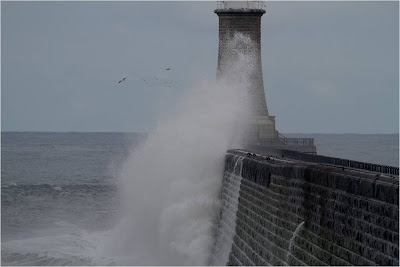 I could have stayed longer, but guilt about the dog and worry whether the cleaner had manged to lock up, forced me to quit and make my way home.  Just enough time though for a dip on a singing Quail south of the Tyne.  The Birdguide app took me to someones garden, rather than the site described.  Curse you Birdguides! The taxi driver was kind enough to only charge me a score for my foolishness.

Tynemouth is a nice place though. 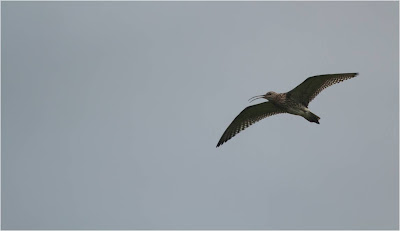 My last day and I desired to see Ouzel. The farmer I'd met a couple of days ago said that they were present up the valley behind his property and I spied a few likely looking places, so I determined to find them. 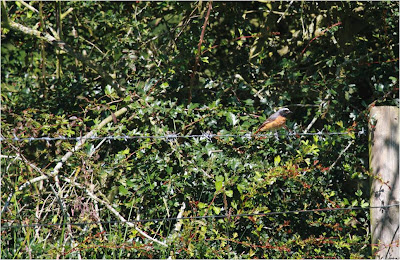 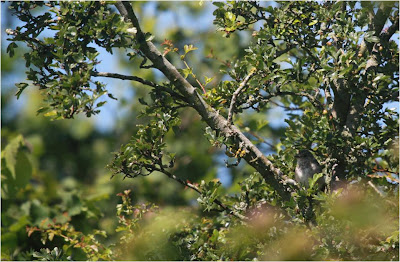 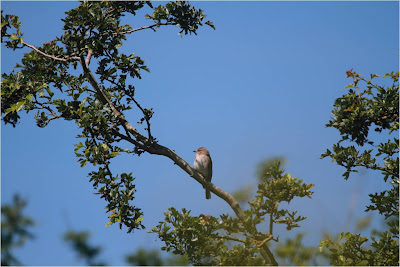 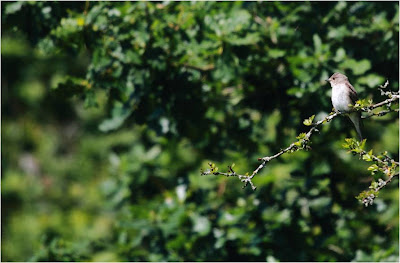 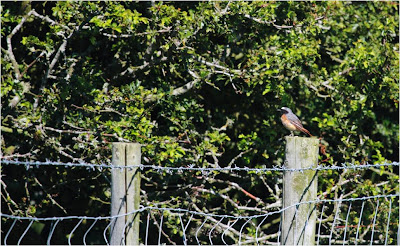 First off a quick sortie across the field in front of the house.  A family of Common Redstart were flicking along the hedge, while more Spotted Flycatcher chose more prominent positions - a good start. Along the road, it was fairly quiet, save a few more Spotties down the edge of the wooded stream. 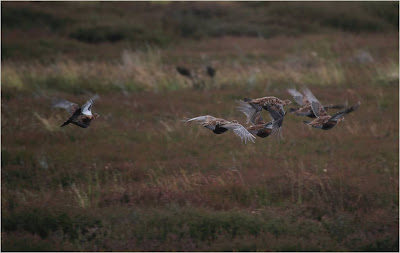 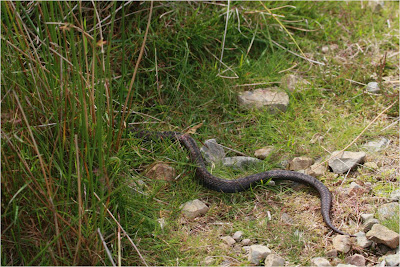 As I stepped on to the moor, I nearly stepped on a snake as I was watching the male Merlin shoot across the heather.  Otherwise here too it was quiet. 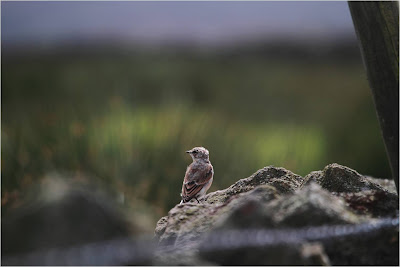 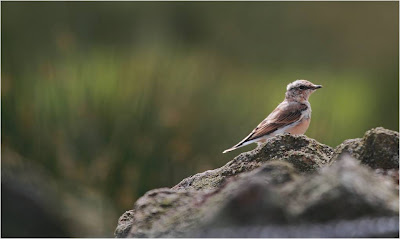 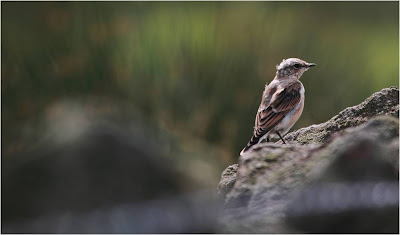 Along the dry stone wall my first juvenile Wheatear popped up, still with a bit of down about it.  It looked just fledged, but with no adult birds around I surmised that it might not be from round these parts, that or the parents had already moved on. It followed me for a bit as made my way to likely ouzel haunts. 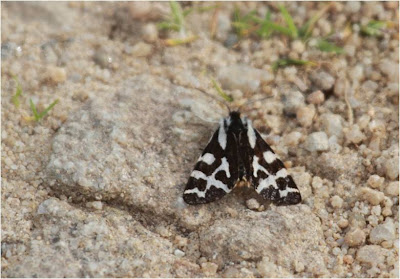 Ouzels there were none, but I did come across a family group of Stonechats clicking to themselves in a shallow valley of bracken.  After my best bet for ouzels drew a blank I started for home. As I approached the road back down the valley one, then a pair of Short-eared Owls out hunting early kept me rooted to the spot.  They watched me with as much interest (I'd like to think) as I did them, finally sliding behind the small summit. I ventured on. Two more wheatear appeared, again juvenile, where were the adult birds? 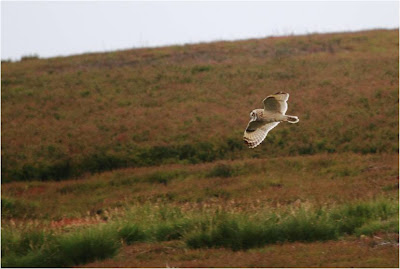 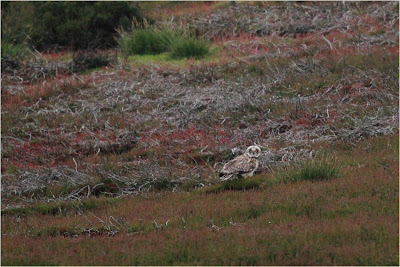 From the plantation below I could now make out the squeaky gate call of a Long-eared Owlet, so now all I needed was a Barn Owl to complete the set.  If this had been Norfolk...

No Barn Owl.  Tomorrow Aviemore and the rush to bag the Scottish specialities... 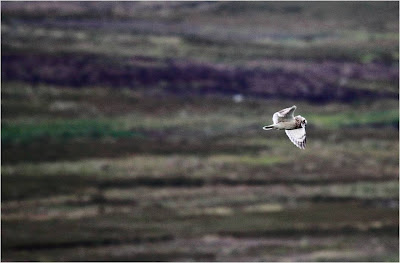 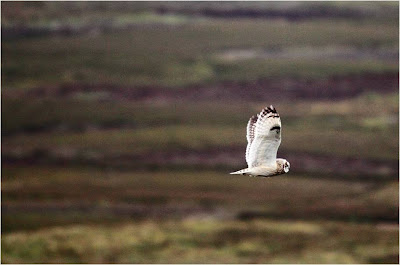