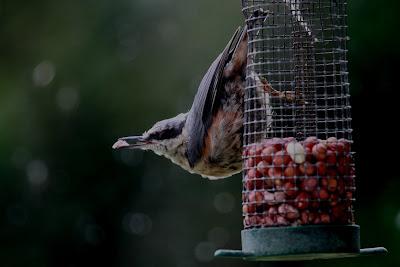 Mid week in Hexamshire and I feel I owe it to the dog to stay local for a time, and having seen most of my target birds and some that I would have been on the look out for in Scotland, I am at a loss what to do.  Cleo (the dog) is a wonderful example of a canine, friendly and happy to sit and watch while you stare into bushes and quite content to eat rabbit droppings while she waits patiently for you to let her have your boots. Being old she can't be arsed with too much walking silliness and only gets really energetic when you go to fill her bowl.  Every dog should be like her. 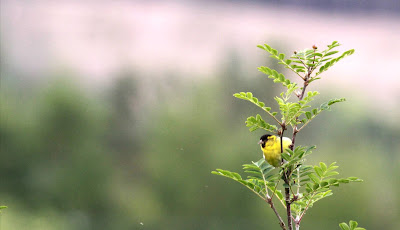 And just standing on the patch has been quite productive. One day a juvenile Redstart flipped into the gorse, another an adult Spotted Flycatcher and a juvenile made their way along the line of trees and onwards south. 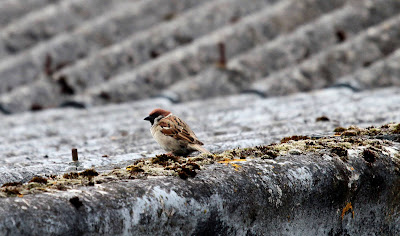 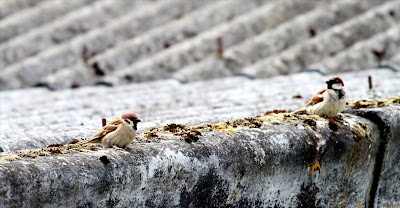 Tree Sparrow grace the garden, while over head a constant stream of Siskin and the occasional small flock of Crossbill. On a couple of occasions a male Merlin charged through, probably the same bird I would later see on the moors to the south.  Where was the female?  I deduce that she may be at a nest site, but with bugger all small birds on the moors save pipits, the male was having to broaden his horizons to find food.  Could be, could be crap!

One afternoon it looked like the woodpecker that visited the feeders was a gonner as a Sparrowhawk came a-looking for him, nearly catching him snacking on peanuts before they chased off into the trees. My money was on the sprawk.  However, woody returned a couple of days later.

Finally managed to get some decent views of a Nuthatch as it came into kick the tits out of the tits on the nuts. If the windows had been a bit cleaner the shots would have been slightly better. 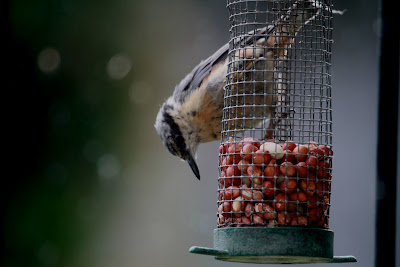 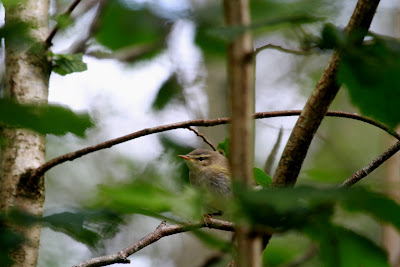 There is a serious lack of warbler action round here.  I've only seen 2 Garden Warbler, the occasional Blackcap, and only found a local Common Whitethroat on my last day.  Willows and Chiffs are more plentiful, but considering the habbo, still thin on the ground. Then again I only found one other group of Long-tailed Tit bar the ones being trapped at Derwent. Plenty of Coal Tit though and I did get the sneeze of a Marsh Tit on day one, no more sightings or calls of Willows either.  As for Dipper, all the streams and rivers looked good for them, but I wasn't to find one until Aviemore and then only on a small feeder stream of the Spey.  Apparently not a good year for these magic birds as water levels have been too high. 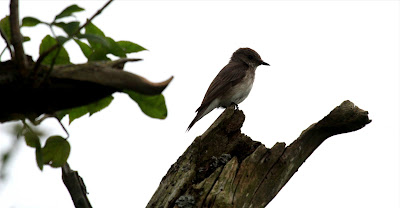 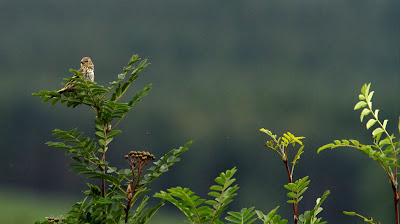 The main bird of interest was the Spotted Flycatcher. By the end of the week I had counted 27 birds, but considering the habitat there were probably many more.  While some that I found in less than suitable areas I would assume were passing through, high concentrations in other good sites, would suggest not a bad year for the birds.  Disappointingly only one Pied Flycatcher.

Wednesday and armed with a map, I set out to explore Hexham Common.  The hilly bit to the south. Perhaps to find ouzels.  I planned a route!  No getting lost this time and arsing about, a rock solid plan. The first part on the road up to the moor and then across and down a interesting wooded valley and back. 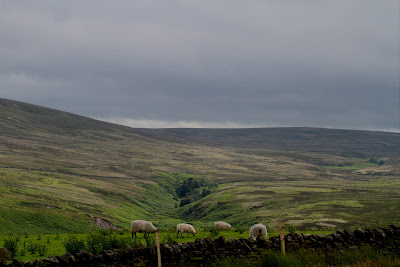 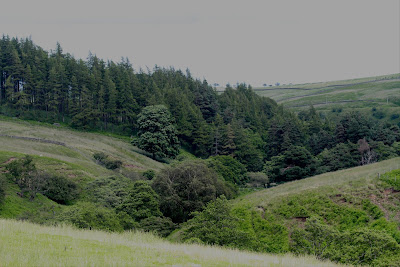 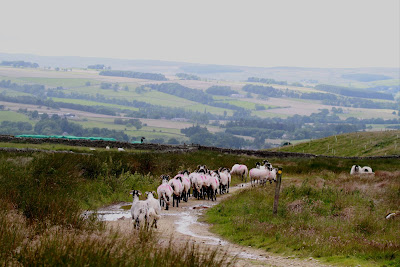 More Spotted Flycatcher on the way and then a large group of about 10 birds with some young, in a small wooded copse at the end of the road just below a farm house.  Then it was on to the moors and immediately Red Grouse.  Boring.  A few Swifts were sweeping over the heather and further on I heard the plaintiff call of a Golden Plover - an adult and a juvenile.  Not much else though save a Curlew or too and my first Snipe(s). 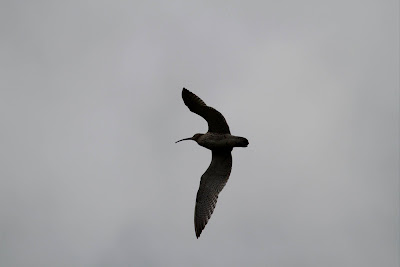 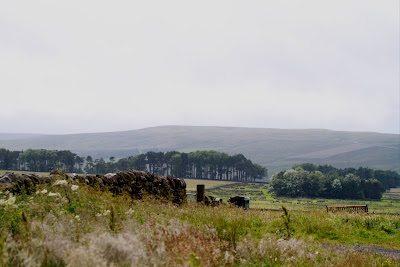 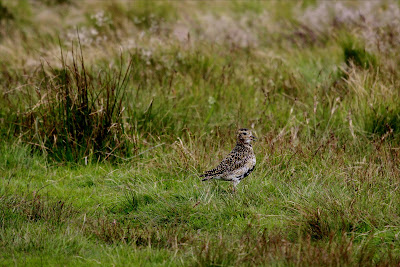 OK I overshot the path I was meant to take, no matter.  OK then I went off the planned route when an interesting valley appeared newly planted with Rowan, Birch and Alder with a few Pines scattered along its length. Looked good for ouzel, but all I found were more spotties a juv Stonechat and mipit.  And depressingly a lot more traps.  I sprung a few.  Take that landed gentry. The power in these things is quite frightening. They changed my mood.  I really wanted to be off this moor. 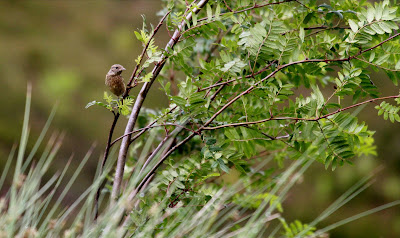 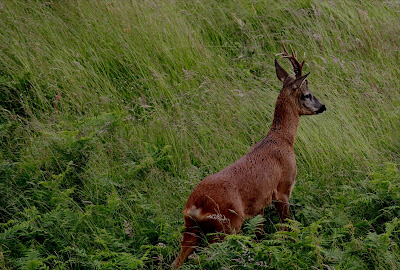 Further down a Roe Deer had a good look before charging into some cover and a lone Buzzard mewed as it circled over a plantation.  I only saw one thrush like bird, which may or may not have been an ouzel and very little else. The path I was following had long since disappeared so now I was fence hopping and bog-avoiding and progress was slow.  Why do I always do this? 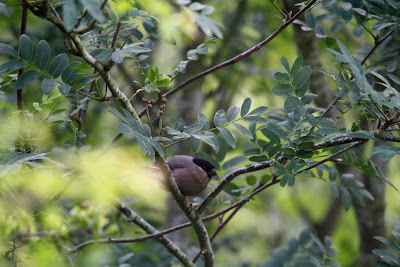 I finally found a path, of sorts; deep mud which tried desperately to hold on to my boots - and further on a metalled road and some birds. Joy. No more off the trail stuff for today, I had had enough. 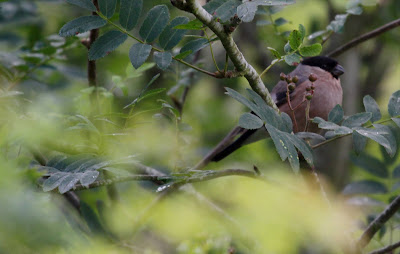