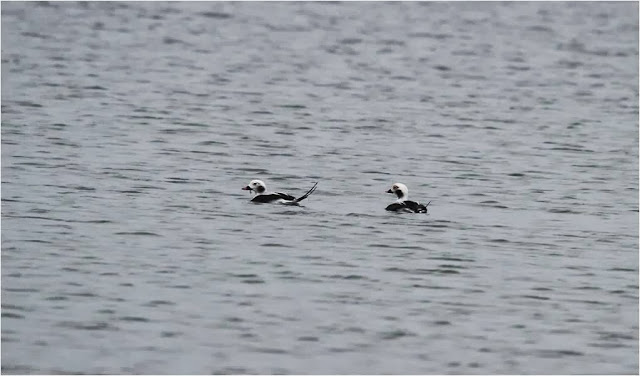 Leaving my keys in the communal door was perhaps not an auspicious start to a week in Sheltand, but by then end of the first evening as we reached our overnight halt at Lancaster, or was it Preston (it was dark and I don't really care - it's not important), the keys had been found by my neighbour and I could begin to get excited again all over.  Next day and the drive to Aberdeen, was pretty uneventful bar a few hundred  Pink-footed Geese skeining it around Dundee.

At Aberdeen Bradders and Mrs Bradders left me to fend for myself while they went to the wedding which had given us the opportunity for this late dash to the enchanted islands. After buying so new wellies and over trousers I dumped my stuff at a local hotel and hit Girdle Ness full of hope.  Completely unfounded as it turns out as not everywhere on the east coast was dripping with migrants, well not this bit of the east coast. A couple of Purple Sandpiper on the rocks was a bout the best I could manage, so I wandered across Nigg Bay and to the woodland on the southside on the railway embankment.  Looked good for Yellow-browed, but was only really good for a Goldcrest and a couple of Robin.  A party of Reed Bunting held my attention for a few minutes to see whether any were Rustic Bunting, which they were decidedly not.  So always the adventurous type, I gave up and got pissed back at the hotel.

Sunday morning and a quick walk through the central park before meeting up with Bradders, who had picked up the third member of the party, Matt Eade, from the airport already and was now putting his wife on the train.That done we decided to head off north with a few hours to kill before the ferry.  First stop some of the places I'd visited last year round by Collieston.  The little plantation that had held a Pallas' Grasshoper Warbler the day before I got there previously, held a couple of Goldcrest, a Fieldfare and a Ring Ouzel which departed over the hill.  A late Wheatear graced us on the fence line, but I had promised YBWs and of them there were none.  A quick saunter around Collieston itself produced another Ring Ouzel and some RB Merganser on the sea, then to Forbie and it's dunes, which were very quiet. Back down the road then to the Ythan which was heaving with Eider and seals.  There we managed to pick up a couple of pale-bellied Brents, some Long-tailed Duck and a Knot. Then it was back to Aberdeen and the ferry. Even with the early evening we still had time for an hour or so sea-watching from the back of the boat, where Matt and Dave picked out Blue Fulmar, Arctic Skua, Manxie and Matt a Sab's Gull. My contribution, er a Guillemot I think.

Not the best night sleep I've ever had but it went. By breakfast, though still dark, Sumburgh lighthouse welcomed us to Mainland. While we tackled the rather disappointing fare Marco Johnson appeared, having joined the boat at Kirkwall after a week or two on North Ronaldsay. He had muted the idea back in Wanstead, and now became the fourth member of the team.

Dumping our stuff at the lodgings the birding began every daylight minute being precious.  Our first target was to be the long-staying Wilson's Phalarope over at Sands on the western side of the island, but we stopped at any bit of promising looking habitat, just in case.  At one place I picked up Crossbill, at the time thinking great bird for Shetland, pretty mega, that was until we saw dozens more. 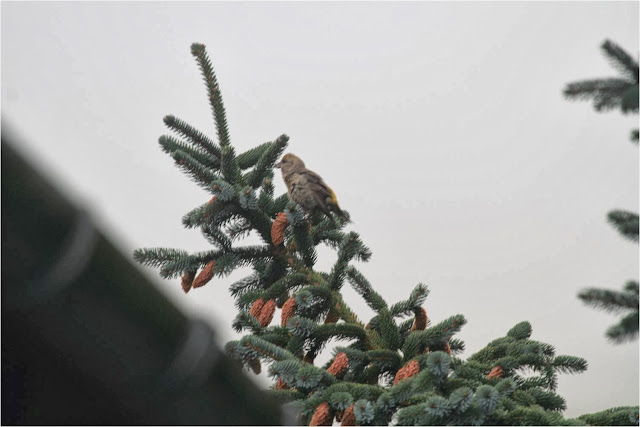 Sands was excellent, the local landowner has made a real effort to create some habitat and with the marshy bit behind the beach, the area could have kept us interested all day.  Wilson's quickly snafued we turned our attentions to the plantations there.  While we walked up the side of one we met an old lady who happily chatted about her Pheasant, which we'd heard by the beach, and gave us some gen on a roosting Long-eared Owl in a nearby wood. We'll have some of that.  She was a great reminder of the warmth of the people who live at the tip of Britain, but also a reminder of how they can talk (not that we could understand much) for hours if you let them. 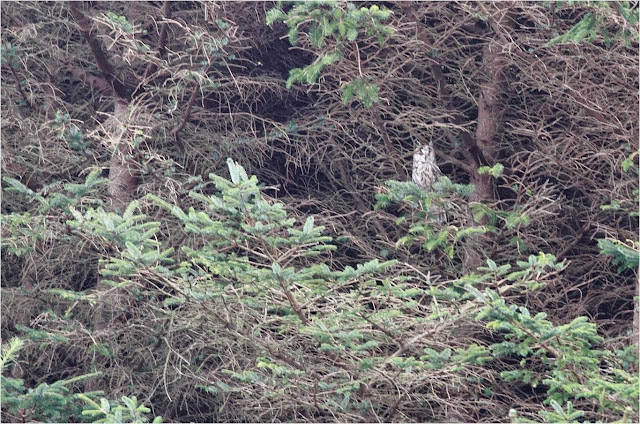 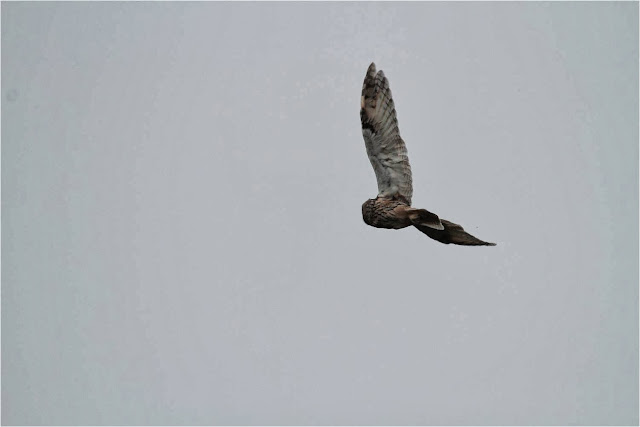 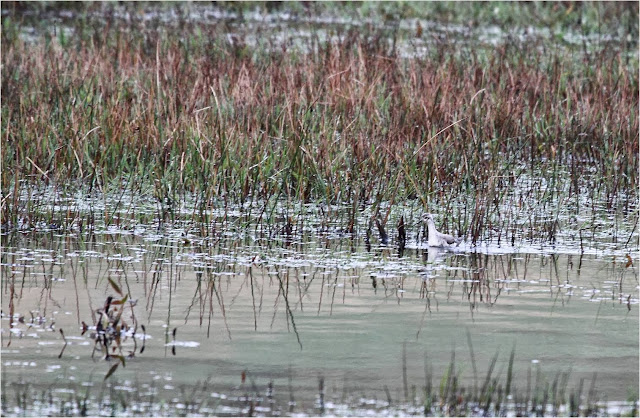 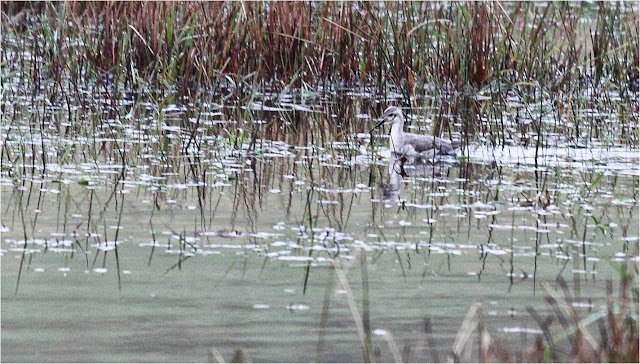 Owl done, we headed northward for a crack at the Arctic Warbler and Red-breasted Flycatcher combo at Voe, off course hitting any habbo on the way. It was already getting late when we arrived at the plantation just south east of Voe and the light was not good and it felt pretty winterish. The trees were quiet apart from the occasional flock of Mealy Redpoll. I picked up a bird flitting into the trees and then as Marco moved round the back of the clump we both a had a greenish warbler flitting tantalisingly briefly through the dense foliage.  Matt and Dave came to help and soon called the RB Fly at the top of a spruce, but our warbler was never refound. 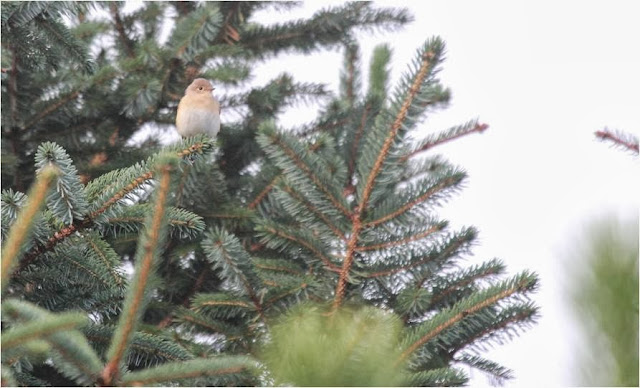 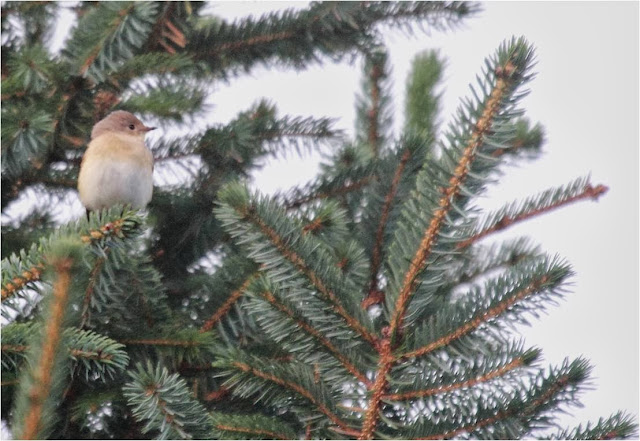 Best views I've had of the flycatcher though as it fed a couple of yards over my head as darkness descended.  A rather good start, stoking up the anticipation for the rest of the week! 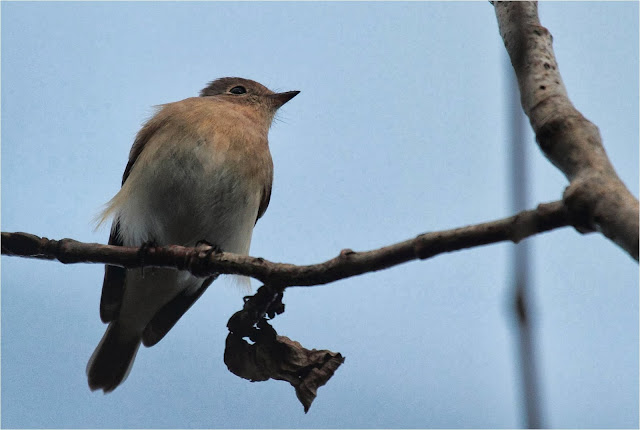 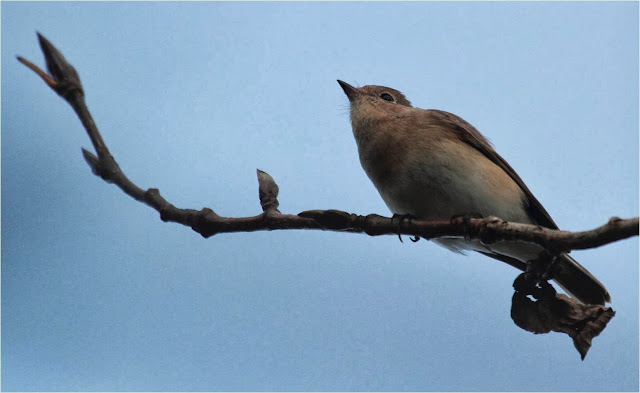 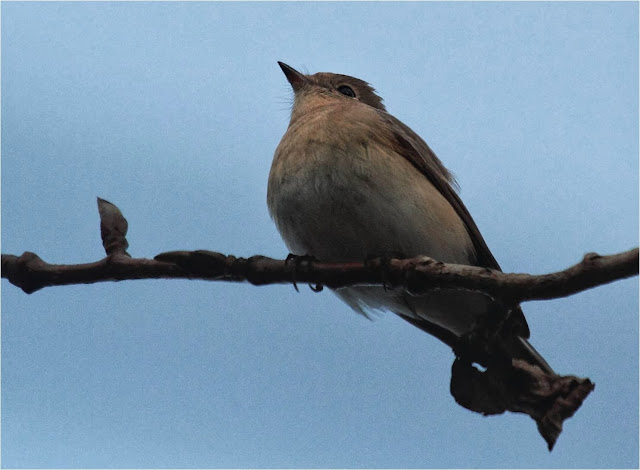 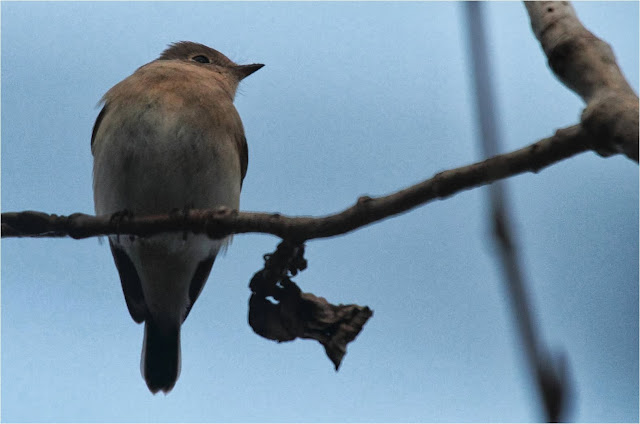 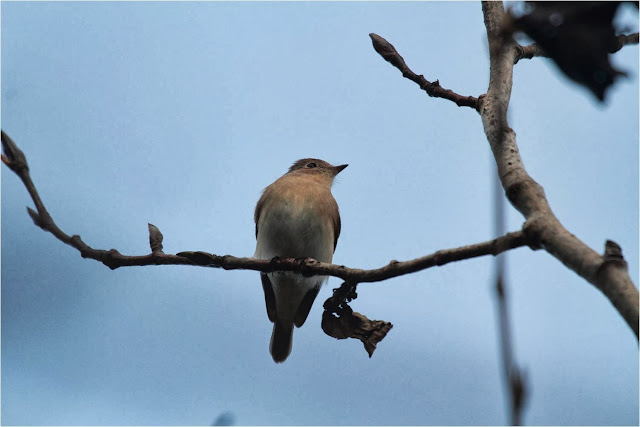