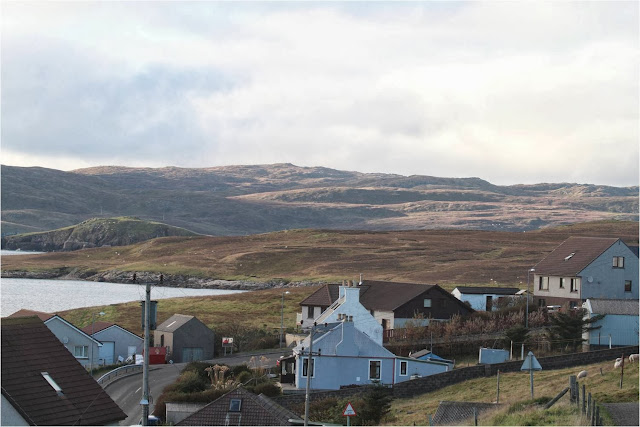 Day 2 and I am taken completely by surprise to find my quality wellies have already got a hole in them. The company that made them should sack all their low paid, south-east Asian employees immediately!

Today we are off to Whalsay, one of the eastern islands of mainland, in the knowledge that there has been a Western Bonelli's Warbler in the last couple of days, but mainly, of course, to find our own stuff.  The half hour ferry crossing is largely uneventful, with just a couple of bonxie, tysties, Shag, Long-tailed Duck and Eider.  As we approach a large flock of Snow Bunting can be seen flying around one of the headlands: a hundred or so - could be good.

What it was was hard work. You see an interesting warbler and it turns out to be, invariably, a Blackcap.  Now I have nothing against Blackcaps but... Either that or a Chiffchaff and the ongoing debate as to whether it was tristis, or abietinus (they were rarely collybita) and in the end I was still as confused as ever.  Some where definitely one or the other; pale or paler.  Helpful huh! 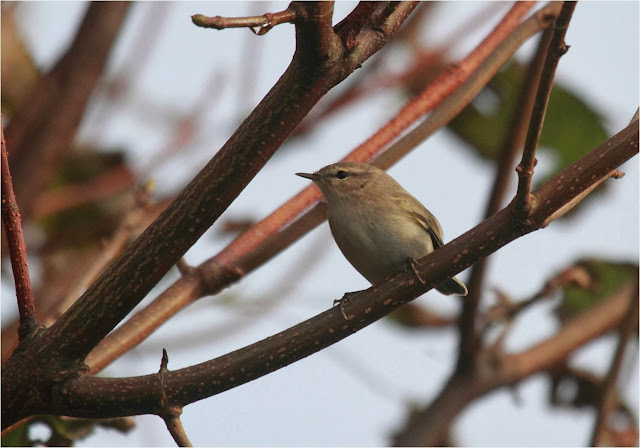 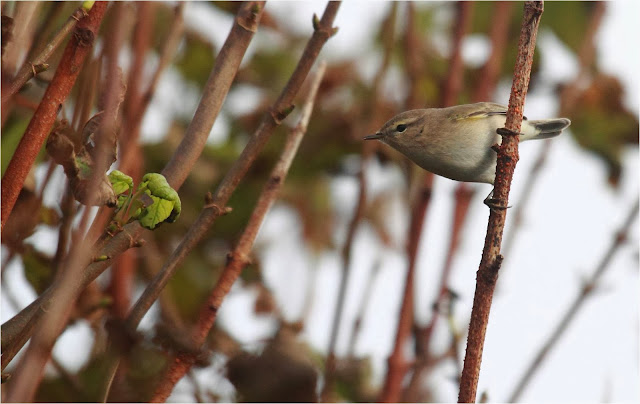 First plantation we hit, we scored a couple of Greenfinch, which may not be the mega we had in mind or what you'd associate with the word "mega", but still a Shetland tick for me. 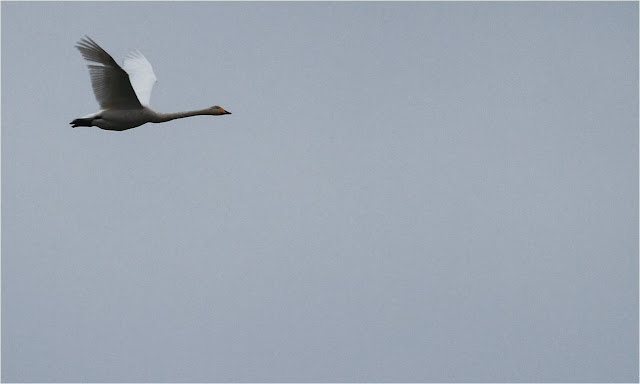 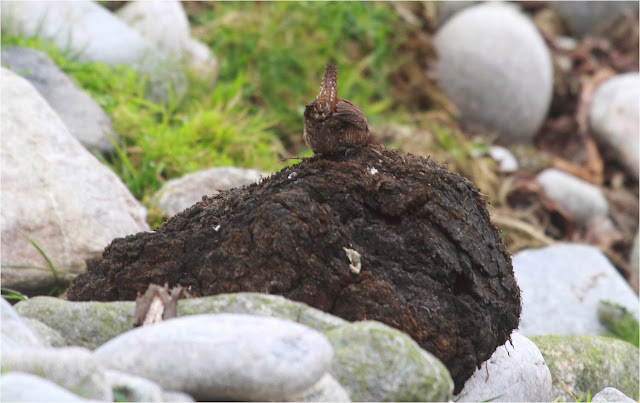 While I checked out a small quarry and an obdurate Robin, a trio of Whooper came over, presumably fresh in from the continent.  We moved on up the hill to the golf course.  Arctic Skua, Jack Snipe, Goldeneye, Purple Sandpiper, Wheatear added to the list there and a Goldcrest feeding in the geos. Small groups of Snow Bunting now and then and a rather smart Great Northern Diver, still in summer plumage, in one of the bays.  In another fish were jumping and further along the coast a large pod of Porpoise turned over close to shore. 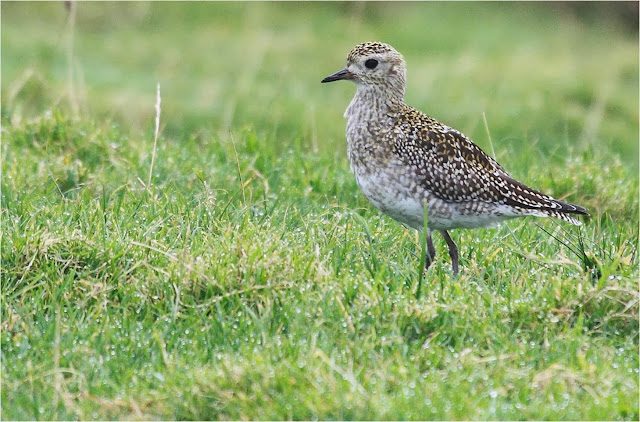 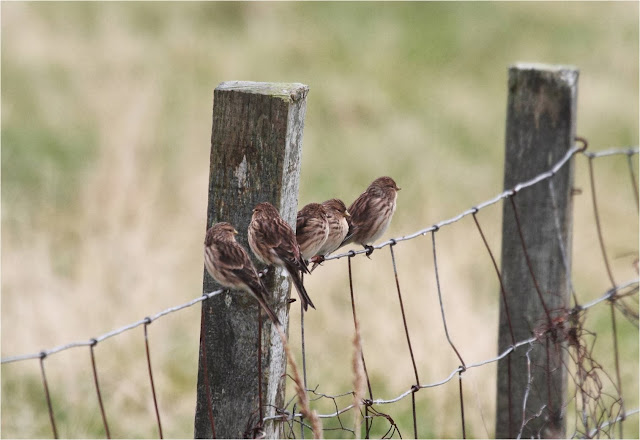 We headed elsewhere, but inevitably sought out the Bonelli's.  A local had given us the latest gen on the bird and so with walkie talkies we split up to cover as much ground as possible.  Matt, as usual disappeared over the hill, while Marco and I kept to the gardens. We had nothing but a few Chiffies for the first hour, but then Marco checking out the top of the village had a result. Excellent views shortly afterwards, it even called for us as it flitted between an evergreen hedge in a garden and some worse for wear Sycamore behind a garage.  Only taken me a year or so to get that one back after missing out on the one in Derbyshire as I dawdled behind Lethbridge and Bradnum, listening to the bird call on the i-pod. 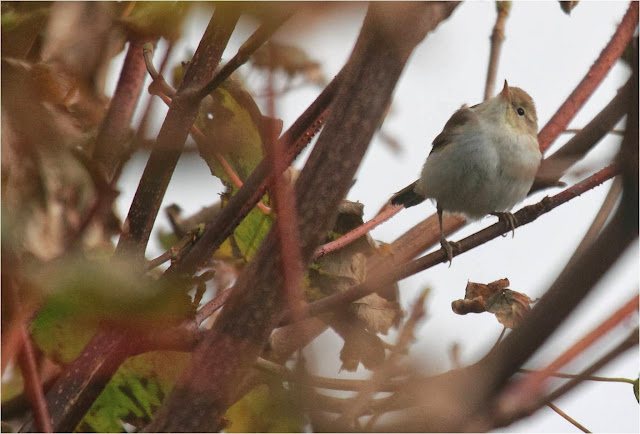 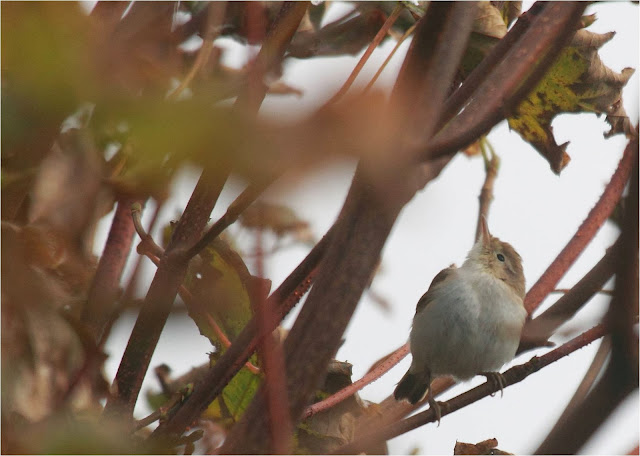 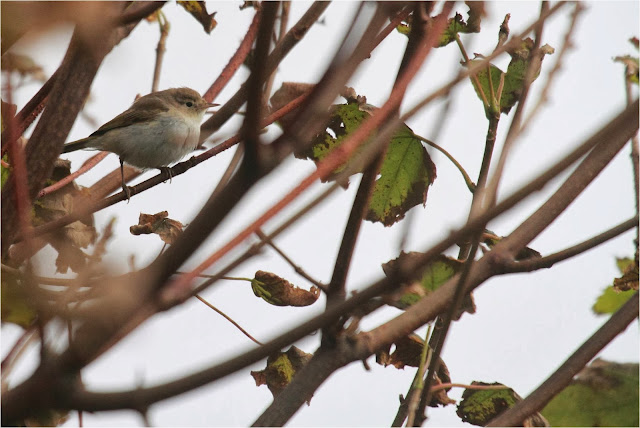 Warbler well and truly papped we went off exploring again.  Matt and Dave got a Yellow-browed in a plantation up the valley and in a small garden we were invited into a Lesser Whitethroat gave some brief views. Then it was time for the ferry and another go at the Arctic Warbler at Voe.  The RB Fly was still there, but no sign of the greeny warbler, but mustn't grumble, there's always tomorrow... 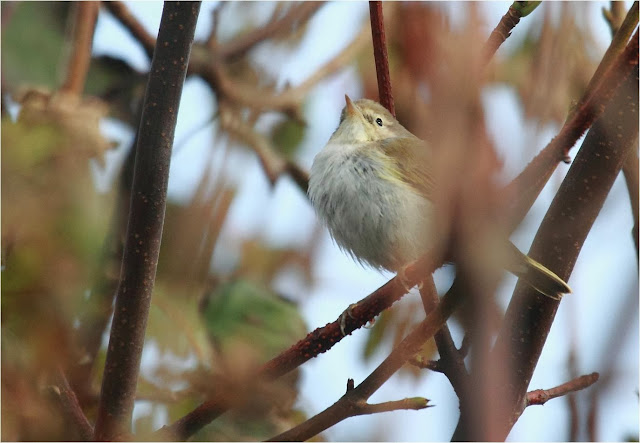 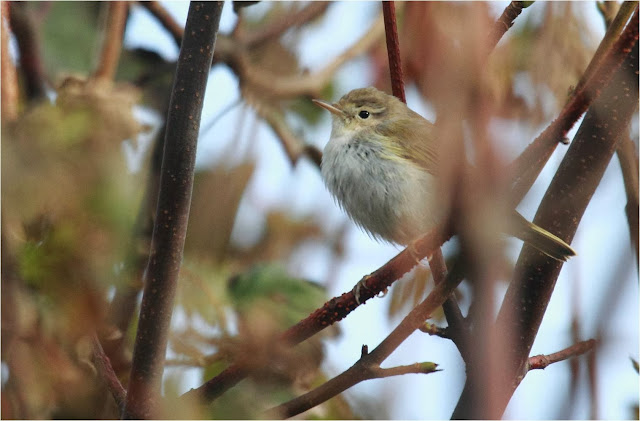 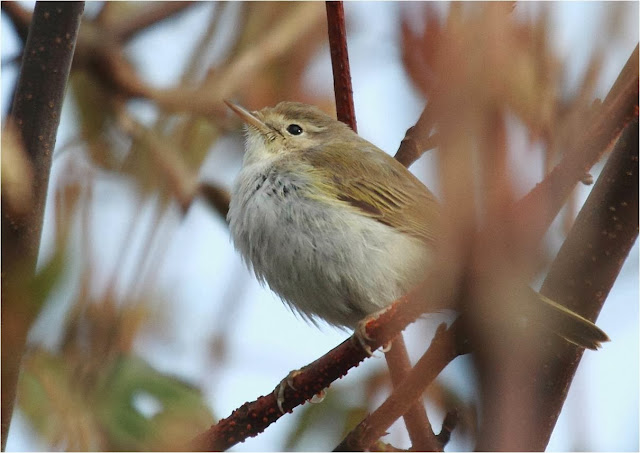