I got a reply to one of my tweets at the weekend in which I mentioned a dodgy Merlin at Rainham (#190).  I spent the whole day looking for the bugger only to have it fly over mine and Mike Messenger's head as the dark was getting darker.  We saw enough for me to say "that was probably it then!".  He concurred it had very short wings, a stiff flight action and was small. I got a bit of a short tail, compared with Kestrel.  Lucky I don't have to write a report on it! It did, however, remind me how pointless this whole thing is really.  I've seen four or five Merlin this year, but spent a whole day looking for this particular one.  I wouldn't say the day was completely wasted, but...  ... and there was a Dartford Warbler over the other side of town, which would have been a, relatively, better bird, which then bunked over night.

The Harringay Birder asked "Why pointless?".

Basically all personal lists are pointless (I have lots). Other bloggers have alluded to this better than I can, so I won't try.  With the exception of a patch list, and here, in my case at least, it's part of a collective effort. It's the one I feel most proud about, and the only one I can put one over on Jono, or anyone who works Wanstead, but it's not taken too seriously. On the plus side The Pointless London List was to encourage me to visit places in the recording area I hadn't been to, and add a few to my London list.  It's probably a moot point that I would have gone for virtually all of the new birds I have seen anyway. It's when you come to scraping the barrel for those extra birds, you've seen elsewhere.  You stop and think, do I really want to go all that way just for, say a Merlin, and spend the whole day looking for that Merlin.  Well I did this time.

Last year my pointless listing effort was to hit the 300 mark, which I did by mid November, then I gave up. The thought of travelling to Devon, Cornwall, where ever, was just too costly and perverse to action.  No doubt I would have enjoyed myself immensely, but I couldn't be arsed.  Probably when I look back at all in a few years I will think: that money could have been better put to use protecting the environment in one way or another. I am not saying I haven't enjoyed the twitching and those who put in all the effort to drive me there–I can't thank them enough.

Yesterday there was a report of Black-throated Diver at the KGV, another Harry Lacey find, and it's still there today. I was going to go this morning, but that was my idea yesterday. Today the gloom, rain and the cold meant I managed to get up the road, then found myself going round the block and coming home. Then back into bed.  Too tired and maudlin to think how best to get the few miles (but several trains, tubes, buses and then walking, then get to work) to go and see it.  My depressions are usually short-lived and perhaps with the extra couple of hours sleep today I might get motivated to hoof it down there tomorrow. 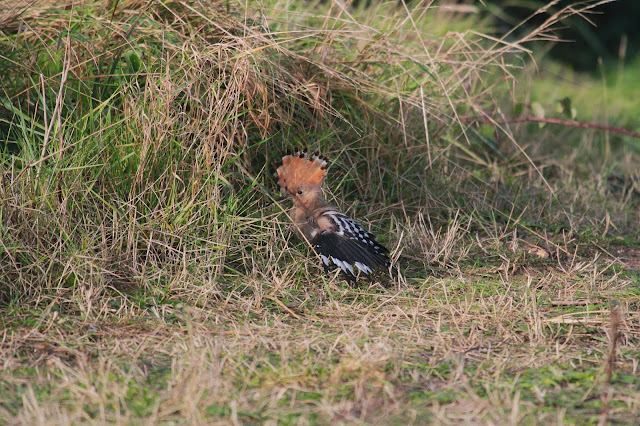 Now this makes me smile
Posted by Nick Croft at 11:54