I like Finland, so I chose to fly to Helsinki for a layover period whilst waiting for my connecting flight to Seoul the next day. Vantaa airport is a great place to sleep if you ever need to as they have some chairs that are designed for that purpose, they play birdsong in the toilets (Blyth's Reed Warbler when I went in) and its a very laid back place, usually. However, it being Easter it was actually quite busy there that Saturday morning. So after a rather restless night I got up at dawn and set off for a walk and some birding local to the airport. Outside it was chilly with a ground frost, clear blue skies and I was surrounded by the sound of Fieldfares and some Redwings plus a singing male Wheatear on the airport roof. It was going to be a great day. I walked past the Aviapolis where I camped last year (well in the forest nearby). Unfortunately things got a bit confusing as extensive revetment works and road building had begun and all familiar memories past the Aviapolis were no more, still I did manage to navigate to a park near the airport, even if it did take me a couple of hours to find my way! An early migrant Wryneck was perched in the birches near a hotel and quickly flew across the road where I lost sight of it. I wandered across what looked like another business park and took a path over a clearing and into some woodland and came out on a large field that seemed to be teaming with Skylark with a few pairs of Lapwing dotted about. The weather was warming up nicely! I followed a small road past a housing estate towards the river where there were several Fieldfares wandering about on garden lawns. Then I was in site of the forest a mile or two away. 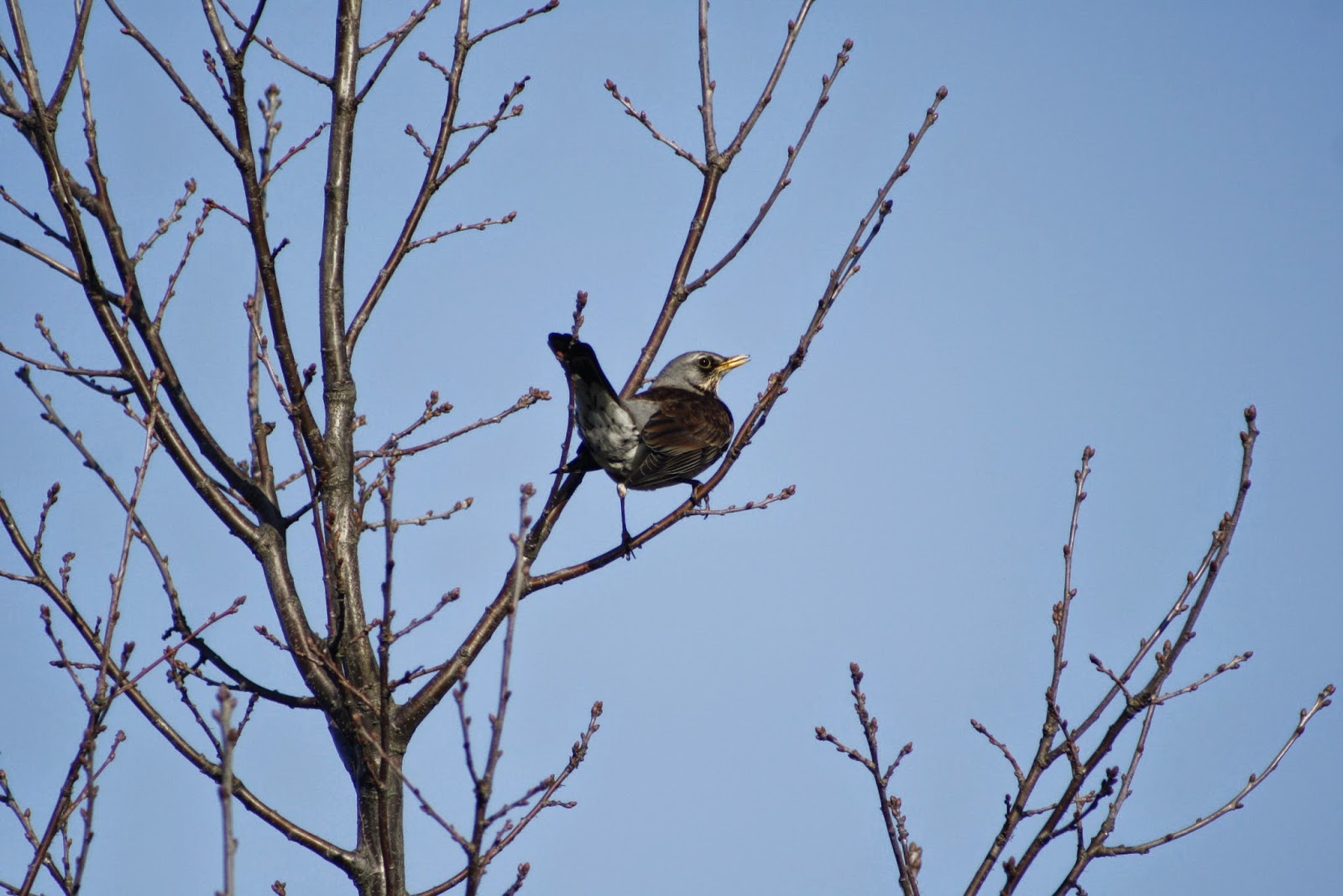 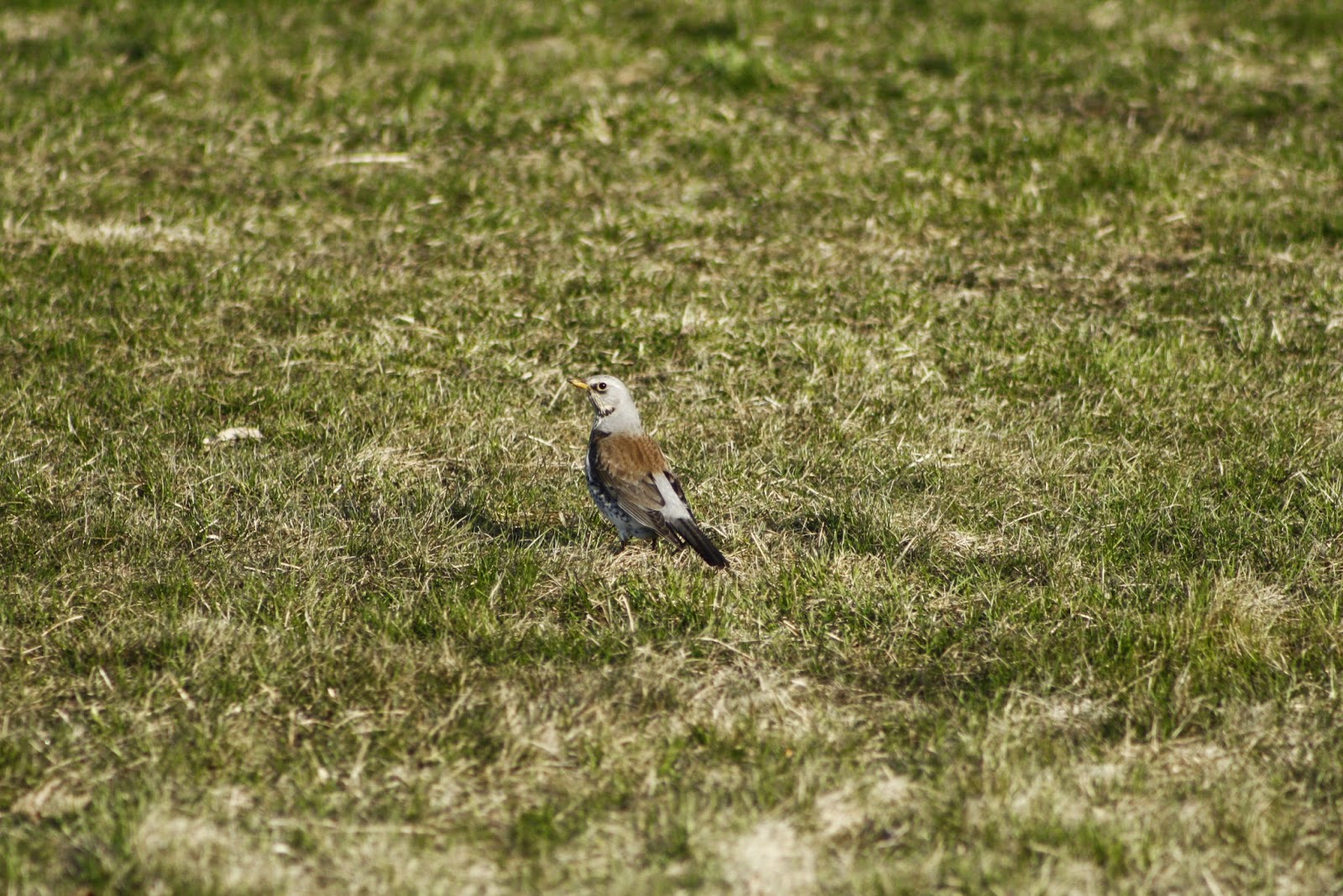 I had a chat with a local birder who was looking for Black Redstarts on the farmland. I said I was hoping for some Black Woodpecker action and he said he regularly gets them in his garden. However, I had no Black Woodpecker action today, although on reaching the forest I had a nice Lesser Spotted Woodpecker drumming away on a large birch.
It seems that birds here are so easy to photograph, something that would be the opposite when I got to South Korea! As usual for Finland there were several Yellowhammers and Tree Sparrows about, a group of the later where already at nest sites in boxes near a farm. 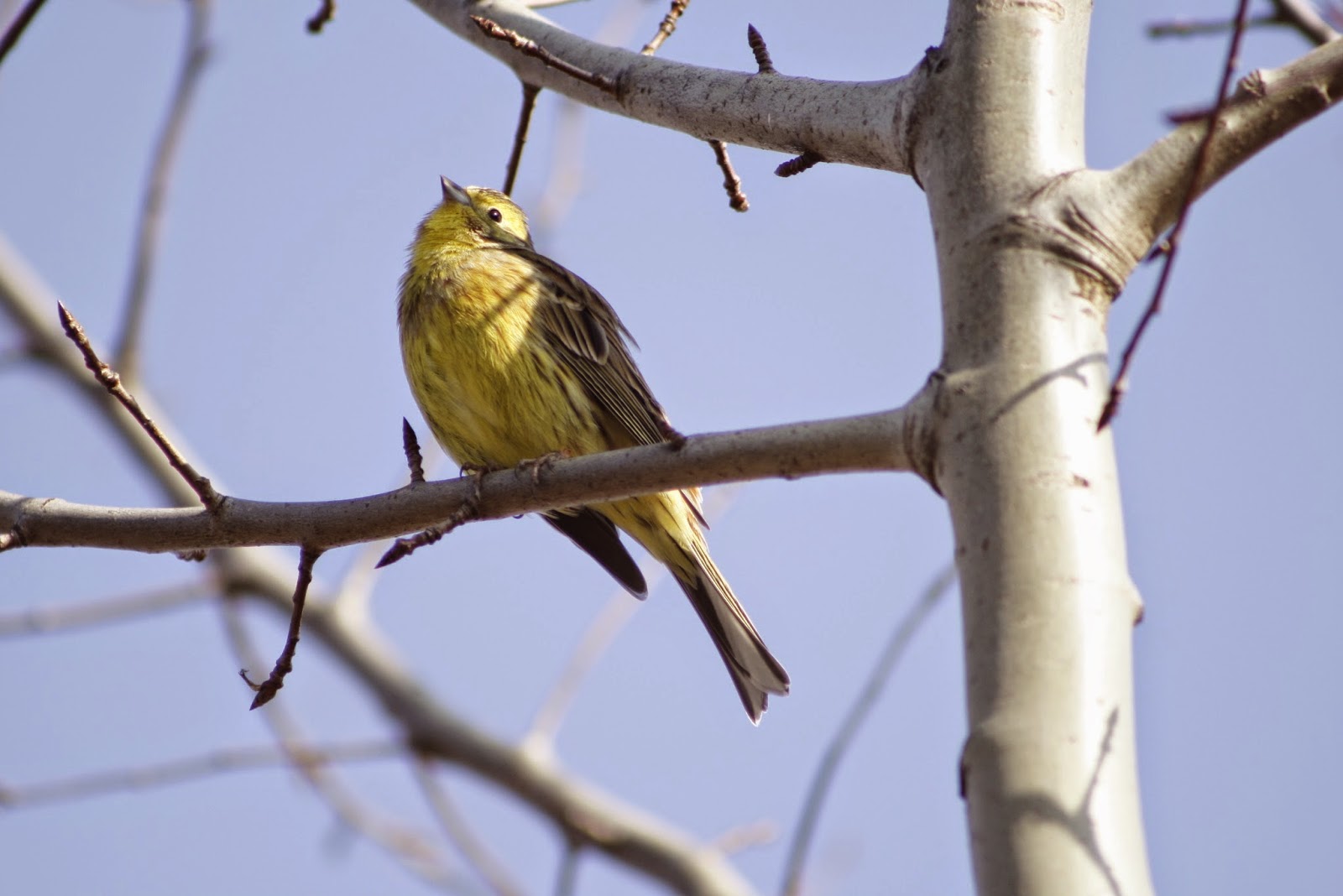 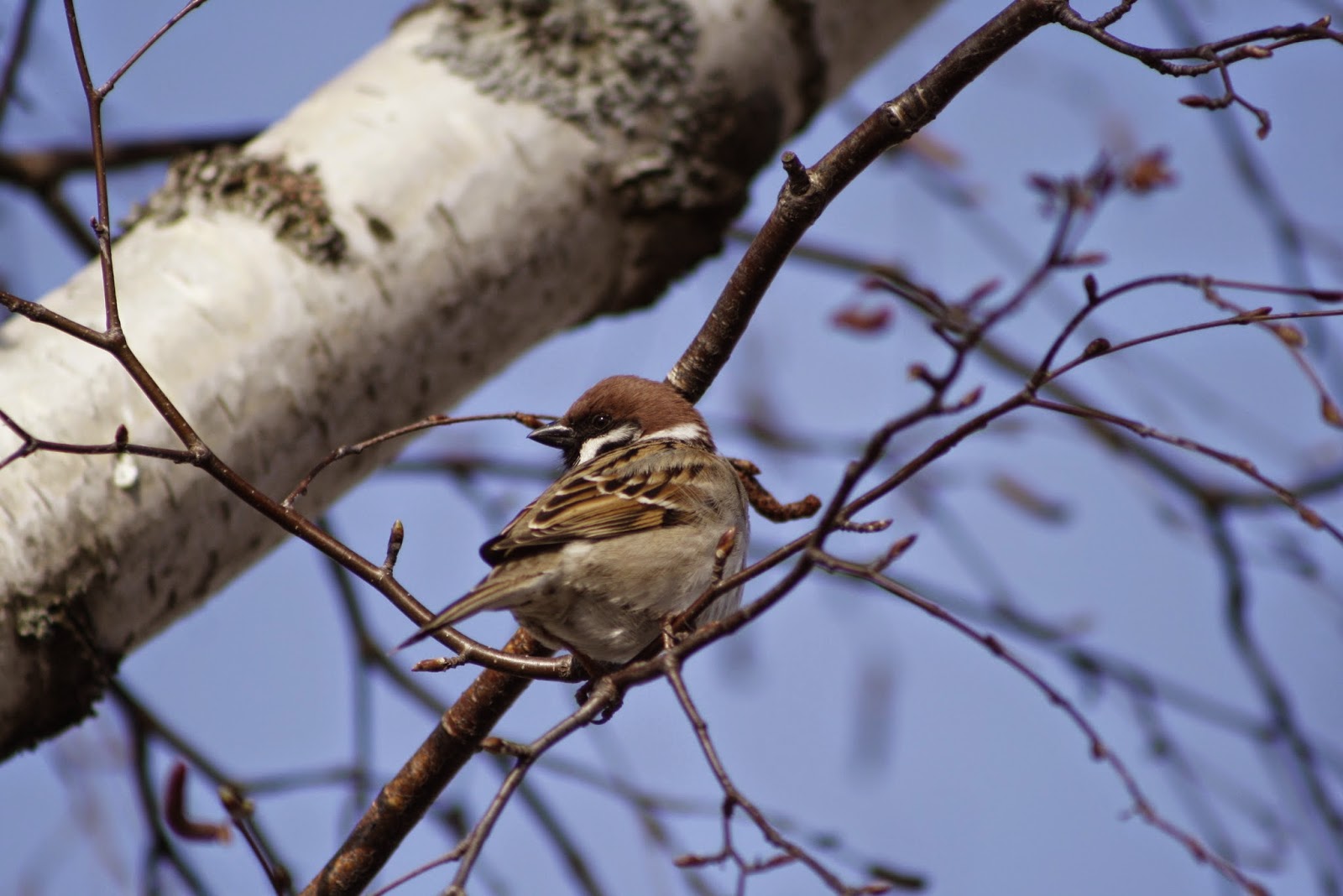 The weather was now absolutely gorgeous, the kind of thing you dream of in the UK but never happens. I walked through the forest, quite a few people enjoying the bank holiday weekend here, mostly cyclists. I reached a point where there were quite a few large Spruce trees and a path that went down to the river. Here, there were a pair of Goldeneye and a Common Sandpiper but sadly no Dippers were showing. 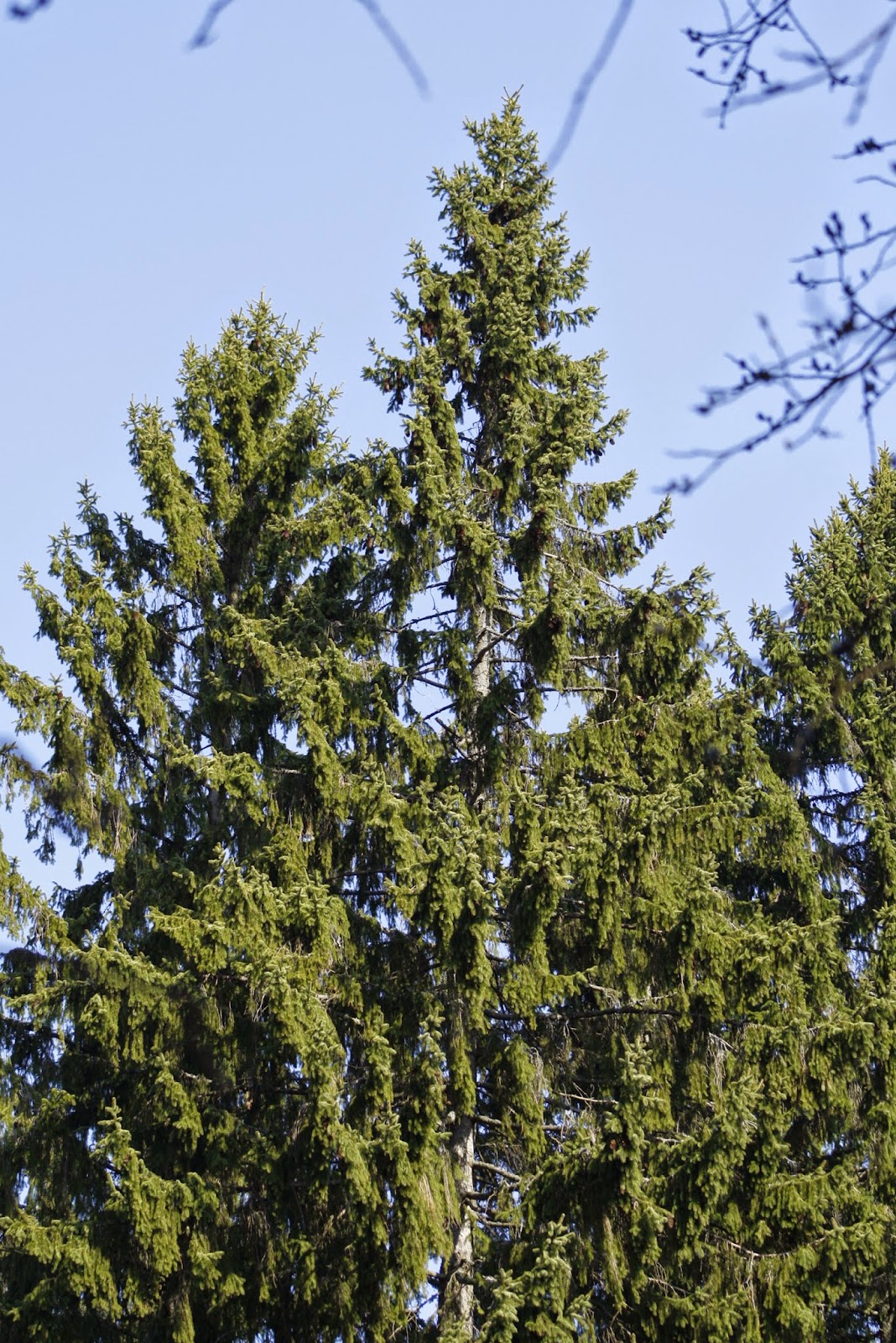 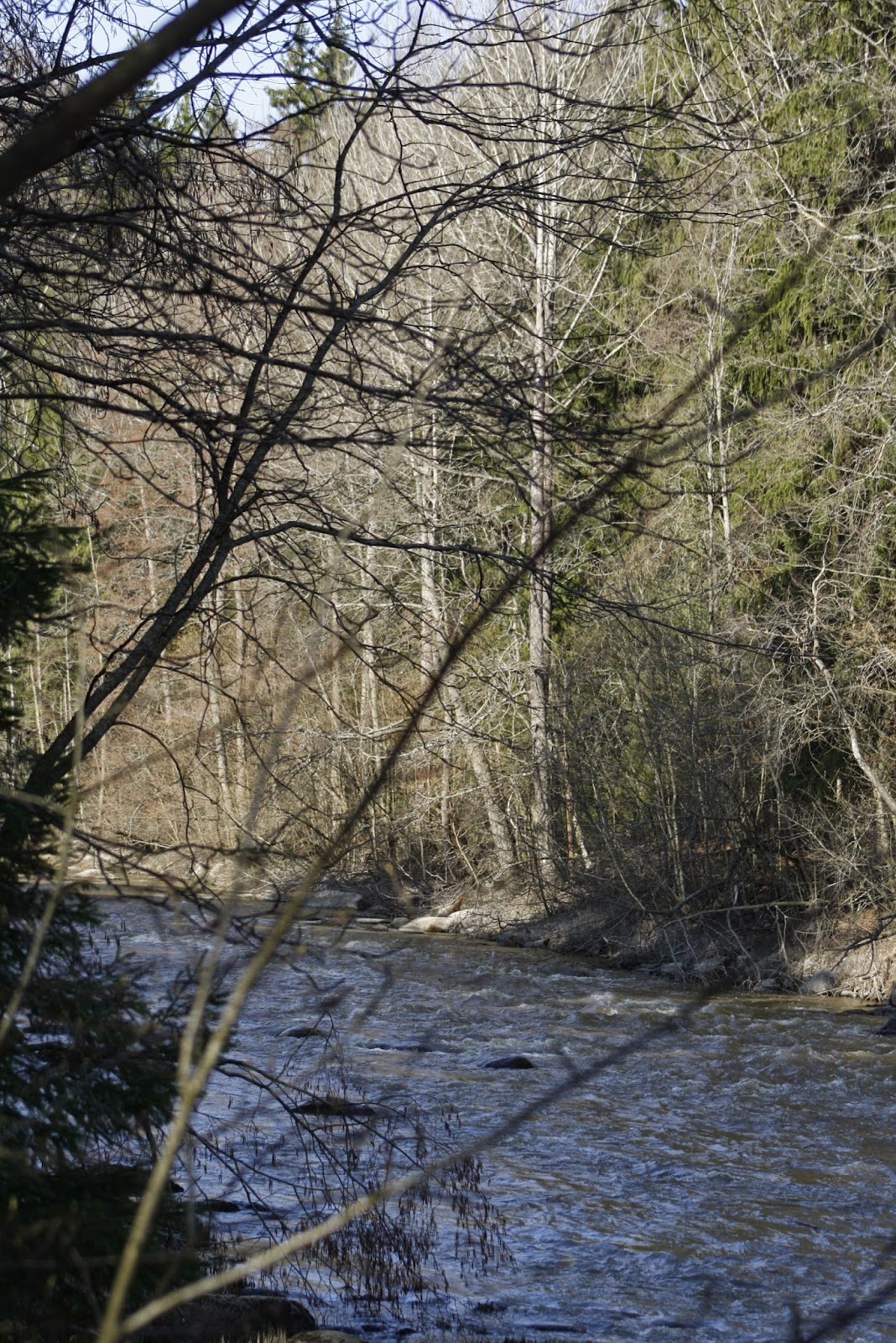 Now it was getting really warm, as I left the forest and headed back I thought I'd try to find a nearby reservoir, however after walking a couple of miles around the edge it was clear it was completely fenced off - here there were several common butterflies about including a Map butterfly and several of the early spring anemones were flowering.

I then had a lot of trouble finding my way back to the airport, spent a couple of hours walking along a highway and for some reason, maybe due to tiredness and overheating I failed to recognise the area close to the airport, in hindsight I think this is due to the fact that some of that built up area does tend to look the same - however I met and had a chat with a really nice woman called Maria who pointed me in the right direction and I got back in plenty of time for my connection.