I caught the KTX bullet train from Daejeon to Busan which took about 2 and a half hours and travelled at a max speed of 300 kilometres an hour. I'd got off to a bad start by leaving my phone (a Korean phone) in the taxi. When I got to Busan I had to try and phone Virgin to barr the phone so I needed to get an international phone card. The girl in the shop had no idea what I was on about, but another girl overheard me and helped me find a phone card, find a phone box and dial the number which I was really grateful for

Busan is the second largest city in South Korea, it was instantly amazing and overwhelming so instead of going straight to the hotel I'd booked I thought I'd go to this park I'd heard a lot about called Taejongdae Park as it turned out to be closer to the station than the hotel. I caught a bus, doing the tourist thing of trying to give the bus driver a 10000 won note, not done. A nice lady on the bus smiled at me sympathetically. 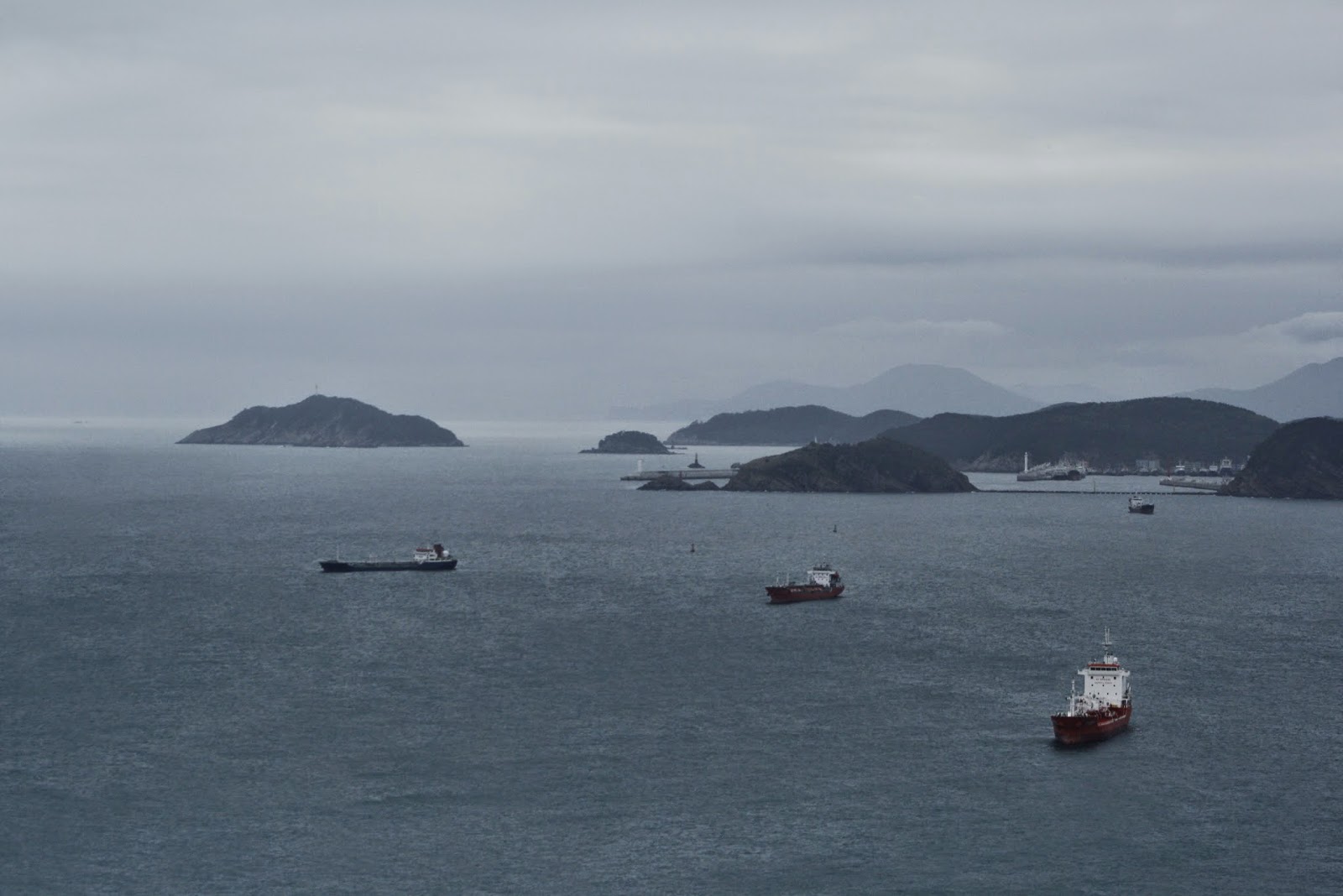 I heard some unfamiliar sounds when entering the park which initially caused me some confusion, one of them turned out to be Blue-and-white Flycatcher and the other I had a sneaking feeling was Sakhalin Leaf Warbler, this is a rare vagrant to Korea and if you want to find one, Busan is the best place it seems. I turned out to be right and I got a not particularly good recording of it.


Round the corner near a picnic area I was stunned to see a couple of male Narcissus Flycatchers, I'd heard that these were regular here but had no idea it would be that easy to see them, but I suppose they were behaving like spring Flycatchers, being pretty obvious...
I stayed at the famous Haeundae Beach in a place called the JJ Inn hotel, the taxi driver had trouble finding it. It turned out to be next to a red light district. I went for a wander in the area, turned a corner and found myself walking past glass fronted booths full of stunning girls which I have to admit was not expecting at all. 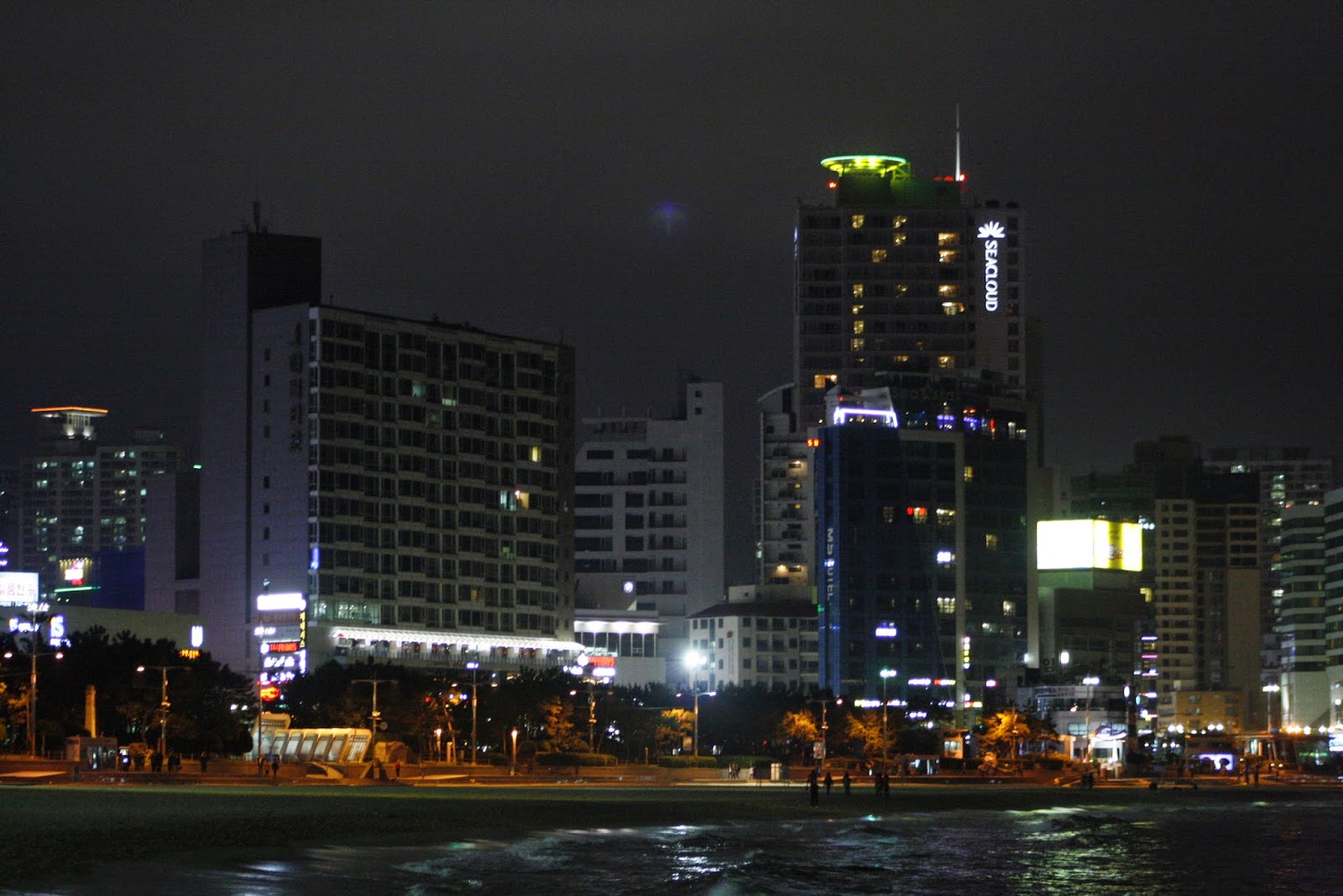 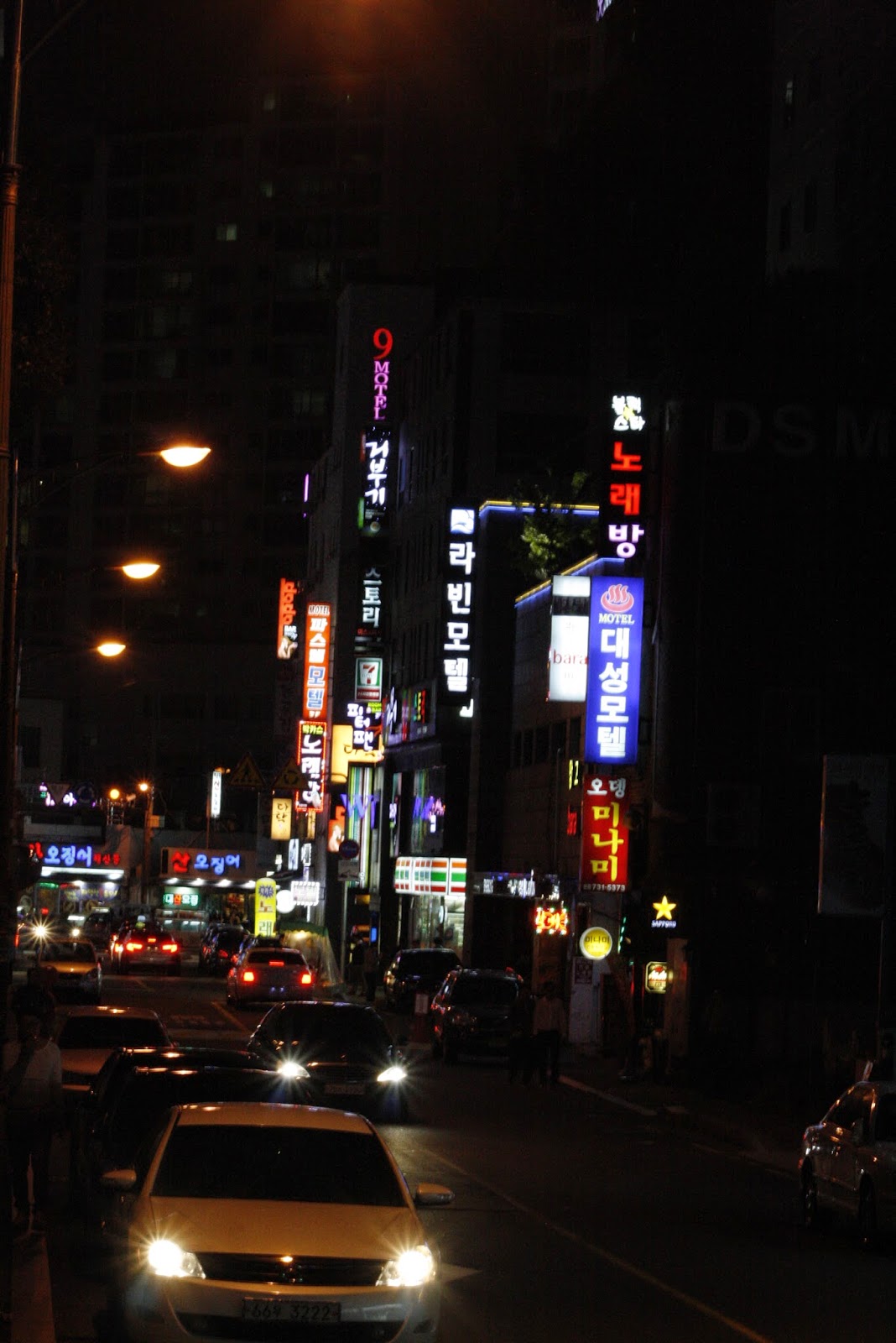 The following day, well for me, as Busan doesn't sleep. I decided to walk to another park about 6 kilometres away called Igidae Park. I stopped at Dongbeak park just next to the beach and had another go at getting rubbish shots of a Pygmy Woodpecker.