Finland again part 2 - More rain in Punkaharju, then back to Helsinki

I spent another damp night at the campsite, seem to have fallen asleep early and awoke about 4am. I caught the 6am train from Retretti station. I asked twice at the visitor centre if trains stopped at this tiny little station as I couldn't believe it was actually in use, of course I was reassured they did. 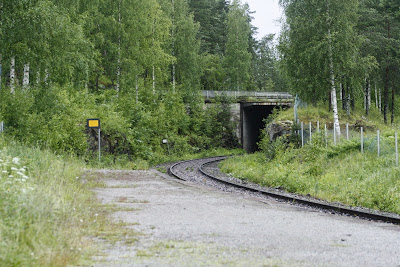 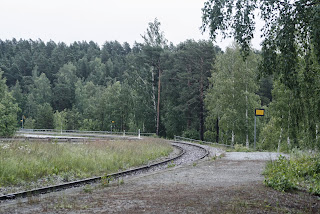 I arrived in Parikkala then walked to along the road to Siikalahti for a short visit. Just past the junction of the road to Joensuu I saw and heard another three Blyth's Reed Warblers, one showing very well on a roadside hedge and two males singing away from dense shrubs in two gardens, one on either side of the road. After about 300 metres I heard no more, but the verges were packed with wild flowers. I heard the odd Willow Tit singing plus Yellowhammers and further on a Whinchat singing.


The reserve was almost empty (as it was a lot of the time last year), a Wood Warbler sang from the birches near the entrance. I stopped by the visitor hut and made a cup of Coffee, even more mozies came out and greeted me here, the area being made up of extensive marsh and reed beds. I left my ruck-sack under the hut and went for a wander along the board walk around the reserve, an Osprey and a pair of Marsh Harriers hunted over the main lake, sharing different flight paths, the Osprey being the one for heights. I could hear a Golden Oriole singing some way off from some Poplars as I climbed up to the Tower Hide. In the distance I could make out Whooper Swans with young and a noisy Red-necked Grebe (when I first heard this at night last year in a half sleep state, I thought 'when is that bloody weird sounding donkey going to shut up!' Of course it dawned on me they were grebes some time later). Further up it was the din of nesting Black-headed Gulls and Common Terns, I could just make out a Wood Sandpiper and Greenshank amongst the cacophony. 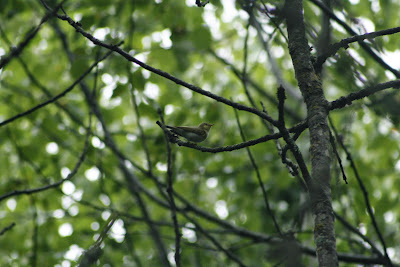 I made my way around the roadside platform and sat there for a bit, a Grey-headed Woodpecker called from near the entrance and I heard the song of a Common Rosefinch but could not locate it, but I did record a family group of Whinchat and on the way back to Parikkala I recorded my first Finnish Yellowhammer for Pavel's Yellowhammer dialects project, more here: http://www.yellowhammers.net/ 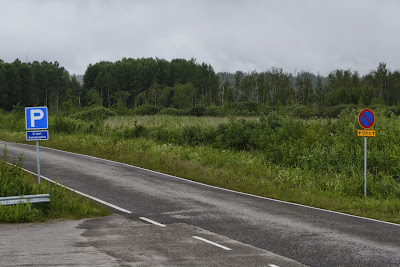 After spending a bit of time on the boardwalk by the road I headed off back to Parikkala and waited in the bar/cafe/hotel by the station and watched some tennis, I had no idea what was going on in the tennis but enjoyed it anyway and the guy working in there seemed pleasant when I walked in so I felt at ease. This looks like it could be the only bar in this town, but at 8 euros a pint I thought I'd settle for a coffee instead, I don't know how local people afford it (well in this case from the looks of it, mostly retired men), but maybe there on good pensions here. Having been here twice, I rather like this place, it seems somewhat 'out in the sticks' and could almost be somewhere in the US, what with Crosby, Stills, Nash and Young on the jukebox. Of course, you wouldn't come here unless you were waiting for a train, but sure beats sitting in a waiting room when its raining. Back in Helsinki I was ready to enjoy my only night in a hotel of the trip. This gave me the opportunity to dry out my tent (and everything else for that matter). As the train wasn't until 6.45pm the next day it also gave me time to explore this nice city. So I started in the evening with a visit to a park called Tähtitorninvuoren puisto or in Swedish Observatoriebergets park. Of course rain had set in again but not heavily. A juvenile Oystercatcher was quite approachable on the grass here, one of the parents kept flying around agitated if anyone came too close. On the way back I crossed Senate Square by accident, I had been planning to visit here anyway as I know sometimes concerts are held here, like the folk/fusion group Värttinä played here last year. But alas the square was empty. A Hobby darted through the buildings probably hawking Swifts. 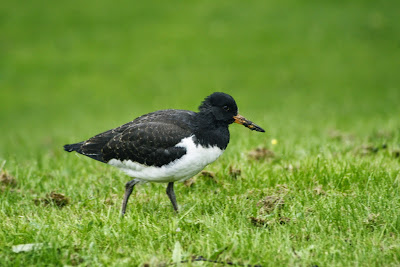 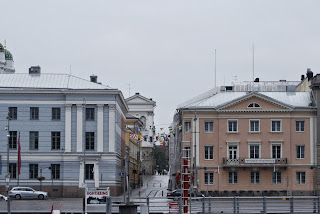 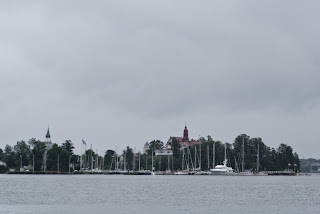 The next day I was up bright and early, actually a bit late for me, I went off to record that noisy Icterine Warbler by the big house near Tölöviken. This I did, he was quite tame at times and his song, although hesitant was full of mimicry of other species with a slightly 'Punch and Judy' like quality. I then decided to head to the west side and had a nice walk along a harbour area and up to a beach near Lapinlahti, then got caught in a massive shower then found myself in the grounds of some kind of college or hall looking at Lesser Spotted Woodpeckers. A group of students were carrying out some kind of mock battle re-enactment under some trees.

The weather improved considerably in the afternoon and I sat in a park called Tervasaari, this is reached by a bridge through a harbour, the next island over is Helsinki Zoo. A Caspian Tern flew in close on at least three occasions, plus there were Common and several Arctic Terns with recently fledged young flying about too. I then decided to go and have something to eat a nearby restaurant. The couple who ran it were really nice but the food was very expensive and I realised I didn't have that much time before my train and I had a way to walk back. So I settled for a salad and a beer. They were very understanding about me not missing my train and they even offered to phone me a cab if I needed one. However, I left in plenty of time for the train, picking up my backpack (if you can still call it that!) from the hotel on the way, oh and of course, getting a couple of beers for the journey. 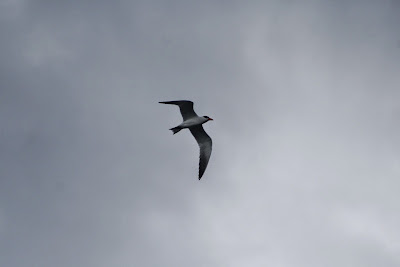 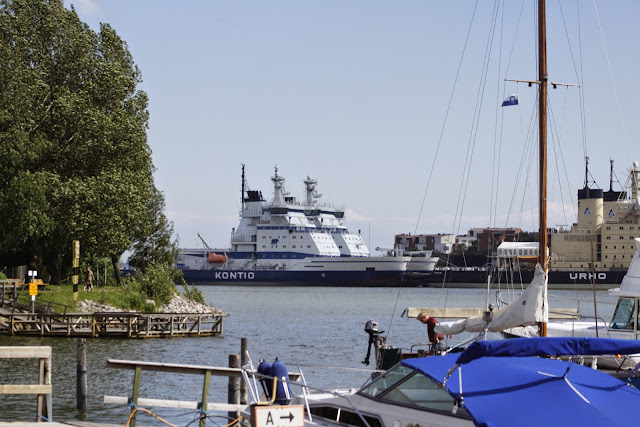 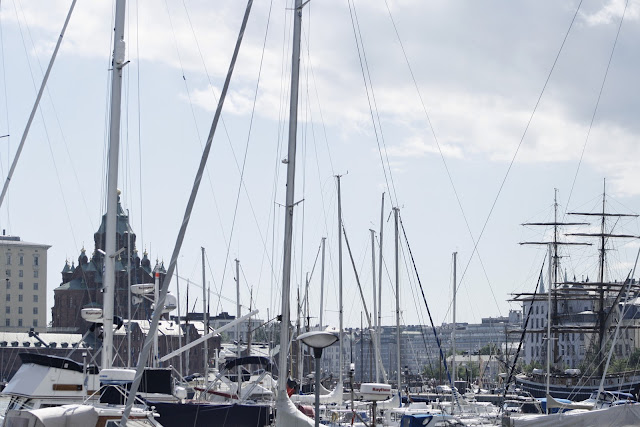