The train journey was actually pretty good, okay, I did get the wrong seat again at first and turned the light switch off instead of opening the door on one occasion but other than that, it was fine. Seven hours seemed to go quite quickly, lots of music to listen to and lots of pine trees and farms to look at out of the window. Some places we passed on the train were the kind of places that I would of thought, yep, I'm getting off here, there was nothing but bogs, pines, clearings and amongst the bogs and pines I noticed a curious shrub called Labrador Tea growing everywhere. I arrived at Oulu about 1am, the train being half an hour early, can you imagine that happening in the UK, half an hour early? As I'd expected it was light, maybe a little dim, but light as far as I'm concerned. I had to take a photo of a map of the city in order to find my way round, I was really tired so I decided to head for a camp site to the north of Oulu. I was amazed how coming up this far north actually felt as though I'd gone further south, it was quite a busy, trendy place. Several people hung around outside a multitude of bars along the road I got lost on straight away. The only thing I knew about Oulu is what my friend Outi, who used to live here, had told me some years ago and here I was hoping to see owls when I hadn't even got a map! Anyway I found the campsite, must have got there at about 3am, a bank vole scuttled about and then a friendly security guard came out to help me, he took my passport in case I legged it in the morning without paying, fair enough. He said I was only the third English person at the campsite he'd seen this year! Yellowhammers were singing by the reception, more recording for Pavel was on the cards.

I put the tent up and crawled in exhausted. The dawn chorus was well under way, but I manged to sleep through that. In the morning I awoke kind of late and still felt exhausted. Still I took a walk to the beach and a strange promenade, another huge shower dumped its contents on me so I hid under the promenade roof.
The sea was strangely empty of birds, a couple of terns flew about and some Black-headed Gulls. 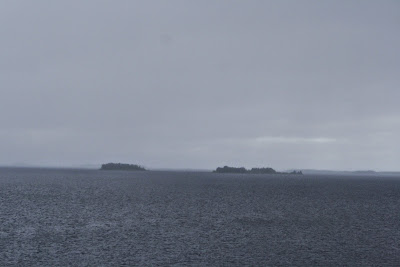 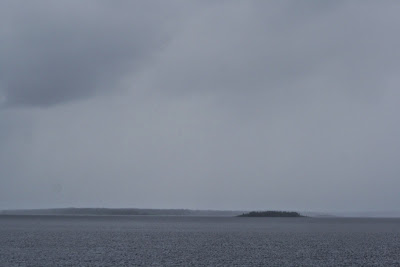 My plan was to to to Liminka or Liminganlahti nature reserve - this never actually happened. I caught a bus to the airport (this was 13km from Oulu anyway!) and got talking to a man who I met at the bus stop who was some kind of entrepreneur dealing with wholesale. He said he was staying at a hotel at the airport whilst his son dropped of the keys to his car or something like that. Anyway we got talking about travel, music, films and various other things over a pint at the airport, this was a pretty good way to spend the morning. He said he was almost a millionaire. He gave me his details as he has cabins up in Lapland which he was urging me to go to. At about 1 we went our separate ways and I found some kind of map and tried to make my way to the ferry port a way to the west of Oulunsalo, but only made it to Oulunsalo as the weather turned again and I was soaked, the road was full of road works and it just wore me out. So I went back towards the airport and took a bus back having not seen much at all apart from some Goosanders and rather surprisingly two Grey Partridges. However I'm glad for our chance meeting. I also made a recording of a Yellowhammer on the way back 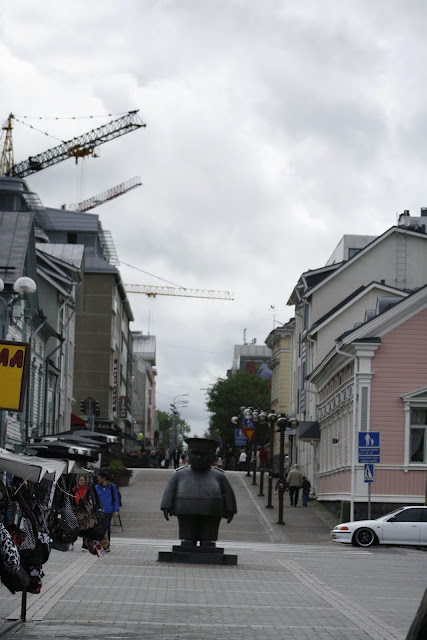 I ate using my stove at the campsite then had a walk along the sea front, which seemed like a big lake-front, the water didn't smell salty at all, and there is very little tide along the Gulf of Bothnia. There were some very nice plants at the lake, I mean, seas edge, and a cool, fresh wind blew in from the west. 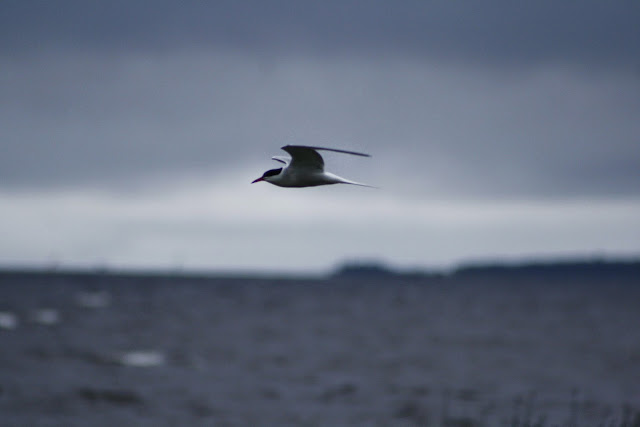 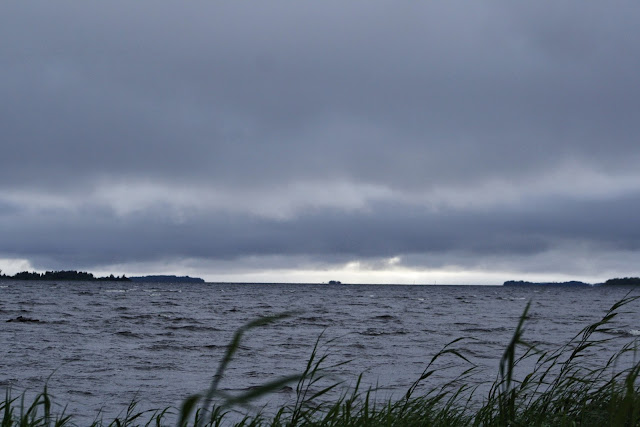 Again being exhausted I went to sleep early and rose not too early. There was a Blackcap singing on the camp site that had a strange song unlike any I've heard before, it had some mournful notes not unlike some notes in Hermit Thrush song and sometimes it would go in to some almost Common Nightingale type sub song, made me wonder where this birds wintering grounds were, certainly not here, that's for sure. I never did manage to get a recording of this, which I regret. I had a quick walk to the beach, there was an Arctic Tern being chased by a tiny skua, not much bigger than the tern, looked good for Long-tailed, looked like a juvenile too, maybe too early, first summer? I then decided to walk to a lake a few kilometres inland as I had to catch a train back at around 4:45, crazy really. It was a pleasant enough walk through suburban areas surrounded by pine forest, kind of reminded me a little of suburban Atlanta in the US, though that would be really hot at the same time of year. However the climate in Oulu is warm in the summer it seems, certainly humid enough, brings out the mozies. Again there were some nice Northern flora along the lake shores, nothing too exciting on the lake, however several Whooper Swans had broods there and I spend a bit of time recording a Reed Bunting of all things. 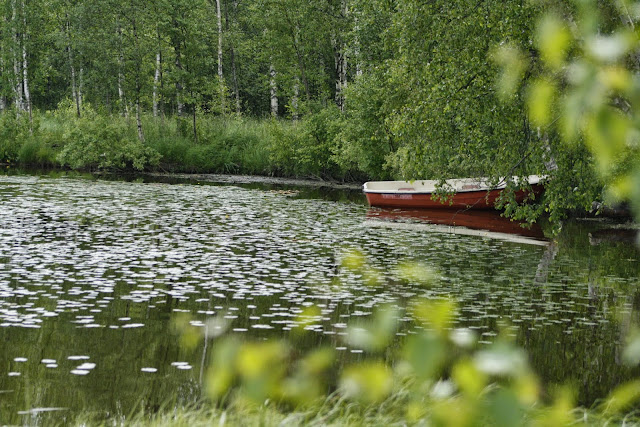 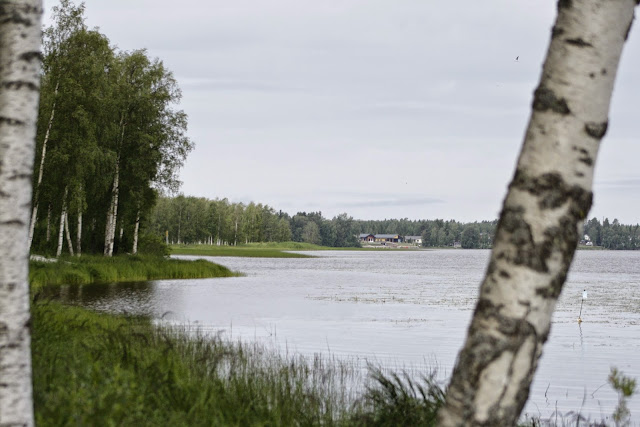 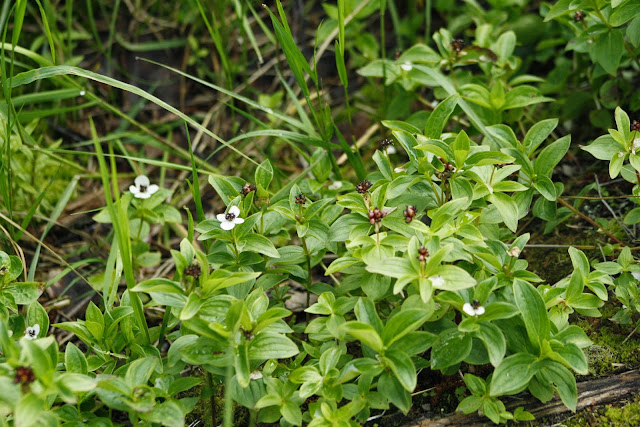 By the time I got back there really wasn't much time to do a lot except feed some bread to the very tame Wigeon on the camp site (who also had 3 chicks nearby) so I decided to pack up the tent and walk to the beach on the way back, to my surprise a stage had been erected there, and it turns out I was going to miss their summer party with an appearance by no other than Samantha Fox 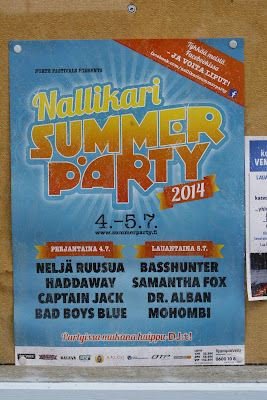 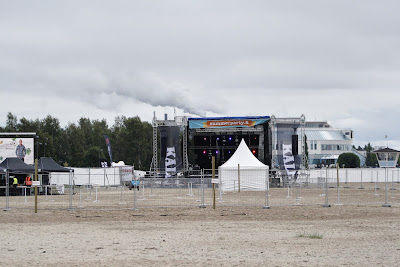 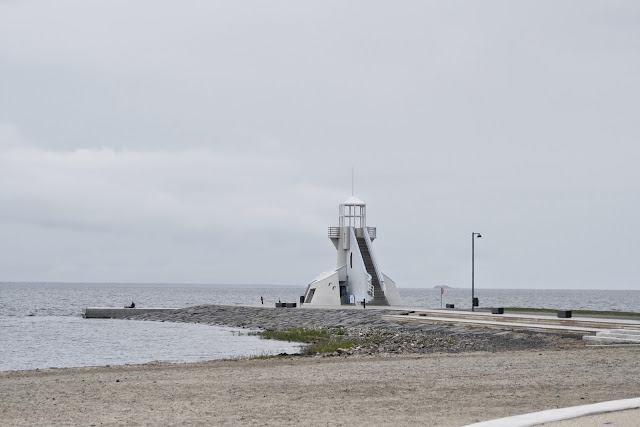 I walked back along a track through some mainly secondary woodland with some older trees dotted about, full of mosquitoes, maybe the worst place I've come across them, I found out this as on my way back I heard what I thought was a Great Grey Owl, actually it was a Ural Owl call but I thought they were sound-checking the PA at the beach and was convinced they used an owl sound because, well it makes sense, they would use an Owl sound, a Ural Owl sound wouldn't they? Anyway it sounded too loud to be a real owl. I walked on, then heard it again further away from where I had just been standing, oh, I thought. I walked back, nothing, so whether it could have been a real Ural Owl I don't know, seems strange to me. I needed to get out of there because my head was itching like mad and burning too! I had one final unexpected stress out when I ended up walking the wrong way, away from the station, I had to run back with my back pack which was not fun, but made the train, if I had carried on I would have missed it.
The journey back was okay once I'd settled down. I got off the train at around midnight at Tikkurila, it had clearly been a hot day here, quite a few people staggered home from bars, including one man who went up to a young woman and just stared at her for a few seconds, then walked a few steps and fell into a telephone booth, got up and walked on without changing the expression on his face, I noticed one or two people keeping a wary eye on him. The bus came and it took me to the airport again, a week after I had arrived there, seemed strange, like it was only a couple of days ago. There were some drunk people somewhere on the other side of the woods that alarmed me a bit, but soon I had the tent up, crawled in and fell asleep. The next morning I packed the stuff away and left my tent, sleeping bag and some clothes in the woods and went for a long walk to a nearby forest, the same one I had visited in the spring on my stop-over to South Korea
Well today it was really hot, I walked a different route through the forest, another birder came past me, nearly made me jump, whilst I was erecting the umbrella, I didn't see him again, maybe he got lost, ha. A few hours later, actually it was me who got lost, I always get more lost the closer I am to civilisation, actually that's a good thing. though there is no way to judge that, if I get lost in Scotland say, how do I gauge how far I am from civilisation. Here in Southern Finland its a different matter. I suddenly appeared at some type of quarry, it looked like a dry river bed, there was a huge hill, I climbed up, none of this was familiar from my last visit or was it? I went down to a few houses, there was a family staring at some ruined building or something and a beautiful looking blond girl doing exercises along a small track with headphones on. I thought about who to ask, didn't take long to decide, I went up to her and asked her if she knew where the river was. She gave me a raised eyebrow-ed expression which made me laugh, as that said it all, she laughed back, she'd never heard of a river, she also told me the villages name, I'd never heard of it. So I went back the way I'd come and got a view, the airport was over there miles away, right I reckon the river is on this side, I asked another woman along the way, I was right, 'Keep going for a kilometre, past an exercise area, then a little way down from there' Found it. As soon as I got there and was putting together the Primus for a good cup of Coffee, I heard what sounded like a Greenish Warbler singing in the pines, it was one and I recorded that. Then had a beer 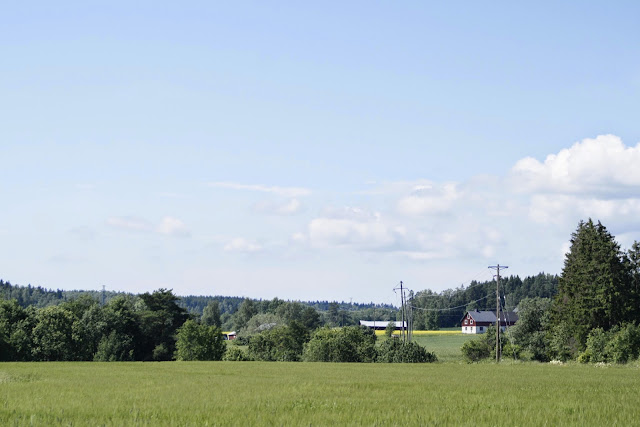 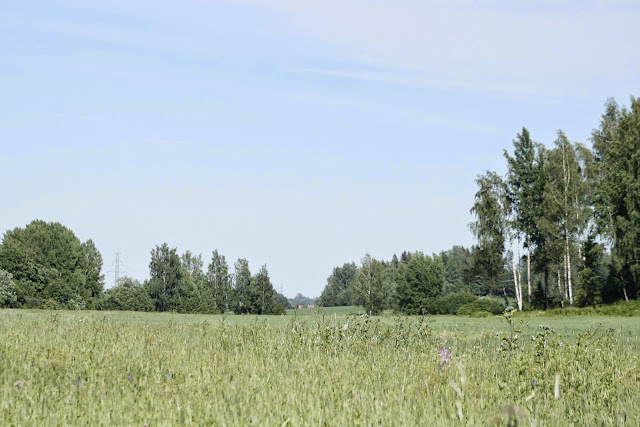 On the way back I recorded some more Yellowhammers, whilst doing that a Hawfinch flew across one of the fields. The farmland, field area just past the forest reminded me of Trutnov in Northern Bohemia or maybe Moravsky Kras in South Moravia, very beautiful. Actually, that may not show so well in the photo, you had to be there.

Back at the 'camp spot' I settled for my last night. A Black Woodpecker called then flew past in the evening. In the morning I got up early and made my way to the airport, I hadn't been alone, there was a person under a blanket on a mattress about 100 metres away from where I had been. A popular spot for a stopover. 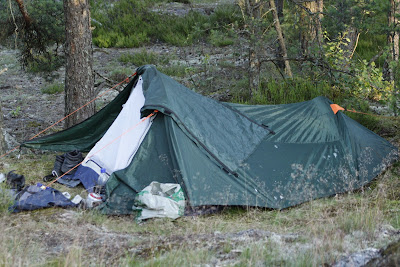 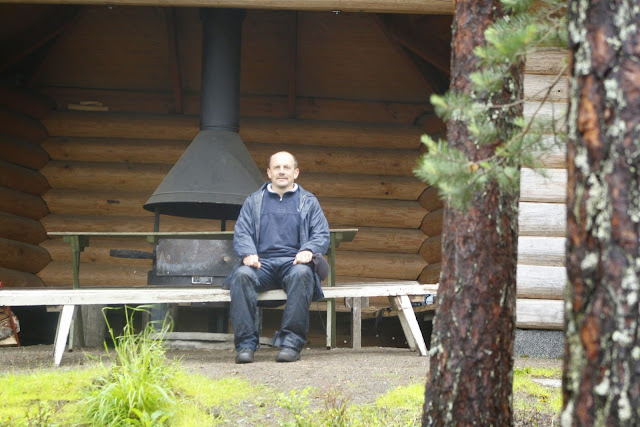