Nothing to do with the Scillies 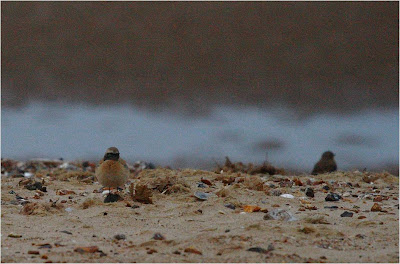 It was going to be mmmm Hume's Yellow-browed Warbler and Pallas' Warbler, but they'd both fucked off, so mmmm....

It had last been reported just after lunch Friday, but my bag was packed and it was all or nothing. Caught the last train to Kings Lynn, caught a taxi, got out of the taxi when I realised it was going to cost me as much as a train ride to Cornwall, and walked.

I'd got as far as Heacham before I realised I might have to re-mortgage so only a 6-7 mile walk at 02:00 AM. I had thought about using the facilities at Titchwell, but that would have added a couple of miles on to my journey, but I was getting knackered. Sleeping in the dunes would be cosy I thought considering the huge amount of clothing I had brought . I got that slightly wrong.

Anyhow the walk was great: Tawny Owls hooting, Redwing over, Robin singing in a Hunstanton tree by a lamppost, Golden and Ringed Plover calling in the dunes. Some strange unfamiliar noises/calls too.

So the dunes were a non starter so I wandered around a bit. It remained stubbornly night, though a weak moon lit the paths up rather nicely. I tried the bench that a certain Mr Jarvis (bird artist) had dedicated to the NOA on the event of his death. I salute you sir as his seat was far more comfortable and warmer than the beach. I even got some sleep.

06:40 and darker than any other time that night I got up, shook myself warm and went down to the metal gate where the last report had instructed me to go. Unfortunately I had failed to read the last, and probably vital bit of information that said north on the tide line. This oversight was put right by the second birder who came up the path from Thornham.

I tagged along as he went off through the dunes meeting up with two other guys coming the other way. As we stepped on to the shore, bingo job done. 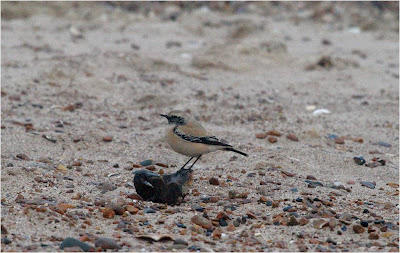 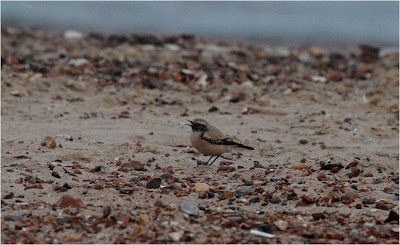 Part 1 of "the plan" ticked off, now for Part 2 - a bit of seawatching for Long-tailed Duck, Slav Grebe, Little Auk and anything else absent from the year's list. Cornwall it wasn't but for variety and entertainment right up there. The sea did it's bit by remaining fairly calm and unchoppy and the results, well awesome: 20 + RB Merganser, Goldeneye, Goosander, Scoter (common and some velvet), Pintail, Wigeon, Teal, Eider, 2 Long-tailed Duck (kerching, the male still in his breeding best), Red-throated and GN Diver, Bar-tailed Godwit, Sanderling, Grey Plover, juv Pom Skua, hundreds of Lapwing, thousands of geese, Northern Wheatear, hundreds of Little Gull etc. 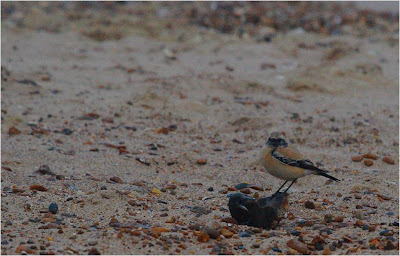 Highlight for many people though was the Peregrine I picked up hammering after a sorry thrush coming in off the North Sea. Three times the falcon had the poor thrush in the sea, the last time was its end. The hunter taking the bird to the shore for its lunch only to be robbed a few minutes later by the female. My sympathy was with the thrush, insight of land only to be clobbered a few hundred feet from safety. 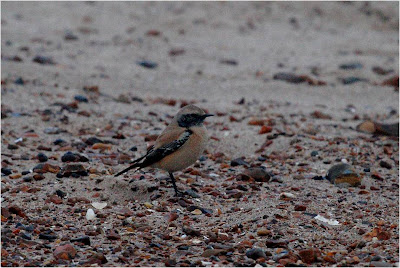 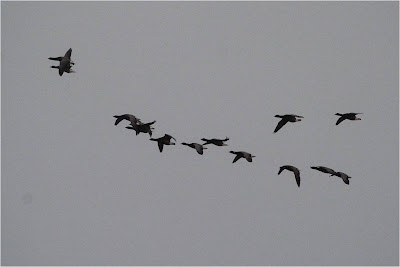 To calm myself down I went to Titchwell... 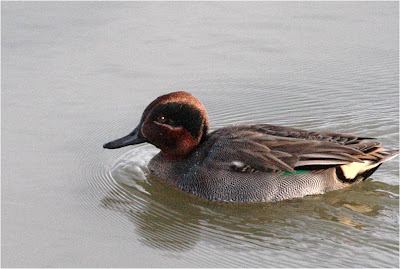 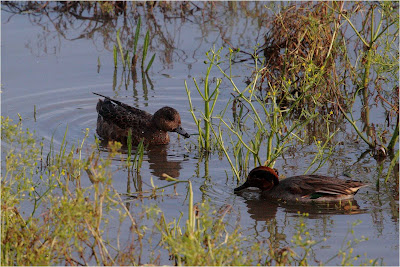 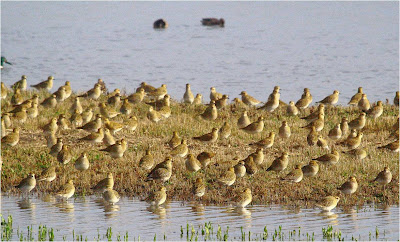 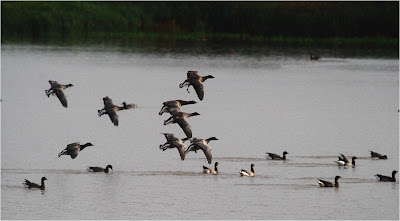 Met up with an old twitch associate, Richard Cockerill, who was meant to be at a wedding. Rather than that we went for Rough-legged Buzzard at Dersingham which was meant to be spending the afternoon sitting in a tree. We saw a tree, and a large bird of prey sitting in the tree, but as we got closer the tree was empty with only a juvenile Peregrine sailing around.

Now Dersingham is a great place, I saw Great Grey Shrike a couple of years back, but it does lack birds and one RL Buzzard in particular. It was getting dark now, and Richard gamely drove down the road for the GG Shrike at Roydon. 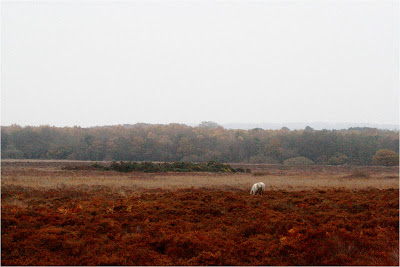 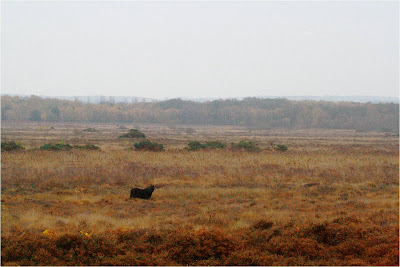 That looked a non-starter too as we met folk coming the other way shaking their heads. No show, ha! Other birders we met up the ridge said, it had been seen but now had disappeared round the back of the hill.

I went to look round the back of the hill. On the way I met a guy who inquired: "You looking for the shrike?"

"It's just down there". Blimey it was. It had gone by the time the others arrived but was quickly spotted again at the top of a tree to the south of where I was looking. 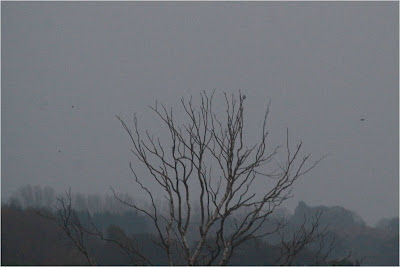 That's it right at the top of the tree. Amazing shot! 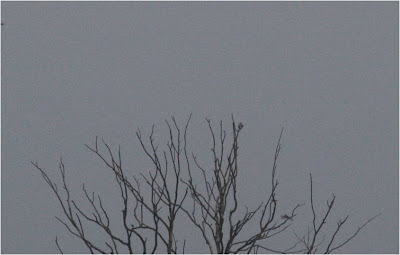 Just time for a quick Little Owl and a fly over Yellowhammer. Missed a male Hen Harrier who was quartering the common, which would have been a fine ending, but all in all a good day and the best yet to come: my own bed.

And I really don't care about the Pallid Swift and Hoopoe that came up on the pager too late to be actioned, sod em! 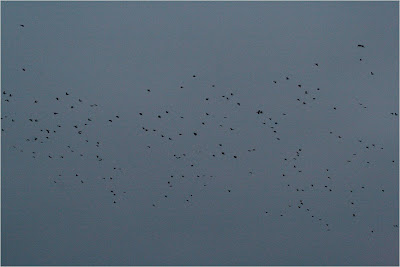 Jackdaw, hundreds of the buggers. Norfolk is roost to the UK's Jackdaw population. That's a fact! 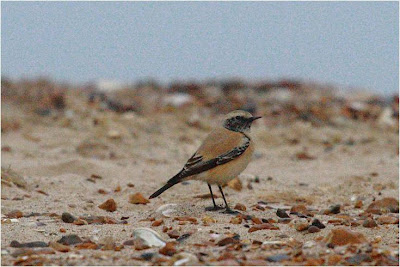