The elusive Smew of happiness 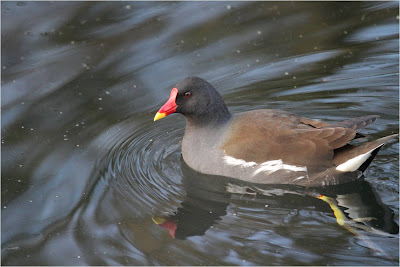 I don't get to troll round the Lee Valley as much as I used to, and if I do go it will be winter, cold and on the off-chance of seeing some sawbills, or a bittern or two. Thursday looked promising after the gales at Rainham; the sun shone brightly and the wind had died dramatically. 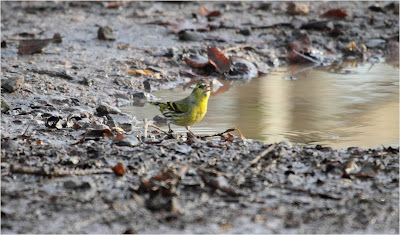 First stop Amwell, and a walk along the river from Ware. On the fishing lakes to the north, I've had Smew on previous years. This year I drew a blank, though on the far side of the wonderfully named Tumbling Bay, I picked up a female RC Pochard going about her ablutions at the edge of some reeds. 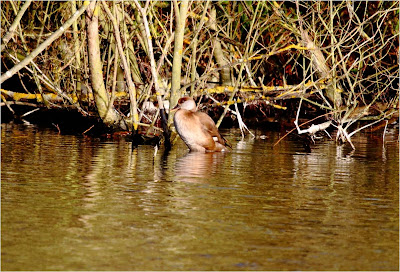 Further down the bay 2 Treecreeper, full of the joys of spring, chased each other vertically up trunks and round the trees. That there were none of the sawbills I had come to find was more than offset by the wonderfully warm and calm conditions, I was happy!

Just before Great Hardmead, I was informed by two birders coming the other way, that the Bittern was showing well. Here was a chance to break my duck for Bittern at this location: all my London sightings coming from 70 Acres lake round at Cheshunt. In return I gave them the location of the female RCP. We parted happily. 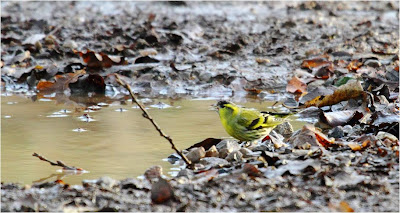 Of course the Bittern had slunk back into the reeds.

I decided to walk up the northern path to the disused railway line where previous local information had told me Nuthatch could be seen commuting between feeders in the cottage garden and the woods. They weren't today, in fact I've never seen them there. Instead I watched the 2 soaring common Buzzard, I had picked up over Tumbling Bay, become 3, and then be joined by 2 similarly exuberant Raven (stupidly I managed to delete the records shots). 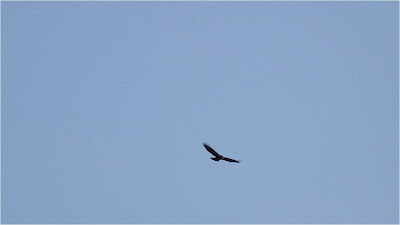 Back at the Amwell view point, after trying all the other hides, I was at the point of leaving when I picked up a movement on the edge of the reeds. My first Hertfordshire Bittern, job done. 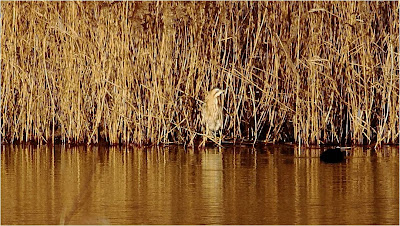 Rather than follow the tow path to St Margarets, I thought I'd try the road to the south. As I walked down the path in that direction a couple stopped me and excitedly informed me of a male "smew" on the canal. They were convinced. I has happy, or desperate, enough to go along with their id.

On reaching the canal, I realised the likelihood of a Smew gracing this stretch of busy dog walking water, was negligible. I did see a tufty, which was probably their black and white diving duck. A Nuthatch calling from a rather nice garden to the south, meant that the detour wasn't such a complete and UTTER WASTE OF BLOODY TIME!

Just to reinforce what a balmy, spring-like day it was a Red Admiral skipped down the platform of St Margarets. I skipped on the train to Cheshunt.

Having spent too much time waiting on bittern, I was going to be shy of my targets if I didn't get the hurry up. First up the scrape at Hall Marsh Scrape, more in hope than expectation. Water levels were good, but probably too good for Snipe, Wigeon and geese being the only occupants.

Next was the long trawl round Hooks Marsh to the bittern viewpoint on 70 Acres, then on to Holyfield Lake and the hide by the weir. I met another couple who were trying to refind a drake Smew on Hooks, but had been wrong-sided by the bird and an island.

Dipped again (though as it turns out my report had some use for one Bradders jnr who bagged the bird the following weekend). Picked up Cetti's, Chiffy and Water Rail in the NW corner of 70 Acres, but no Bitterns from the hide. It was getting darker now, so I rushed slowly up by the geese fields, noting the large number of geese coincidentally using the fields, including c. 10 Egyptian Goose (wonder if they are the ones I saw previously over Wanstead, I mused to no-one in particular).

The yacht club is sometimes good for Little Owl, but this was one of those other times when it was not so good. Good for Jackdaw though, a cacophony of whom rose as one from the fields next to the farm and darkened the sky as they went to roost on Holyfield Lake. An impressive sight.

I got to the hide with light fading fast, but still managed to pick out 2 male goosander and a red-head in the mass of predominantly black bobbing objects on the lake. A while not the saw-bill I wanted, a saw-bill is a saw-bill and that is good! 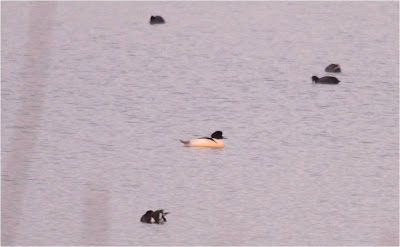 Happy I wandered back in the dark, thinking Woodcock: a sure thing. Unsurprisingly, I was wrong! 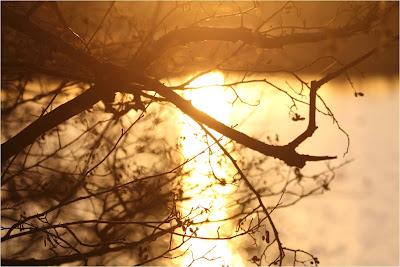 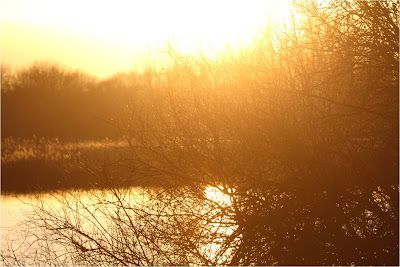