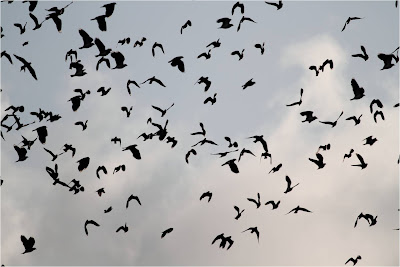 It's the 5th of January and I am on 121, tomorrow I hit the Lee Valley in search of Smew, RC Pochard and anything else stupid enough to be seen by me. The first milestone is to reach over 150 by the end of the month, the problem is going back to work next week. How I look forward to that.

January started better than hoped with Jono and Tim crashing round the patch and amassing a highly respectable 63 species and getting a good soaking in the process. there were probably not too many more things we could have seen, and therein lies the problem. There's not going to be too much to see until things start moving again in say, the middle of March. We're still missing Woodcock, Coal Tit, Linnet, Tawny Owl and perhaps Treecreeper, but bar those it's going to have to be down to luck and being out there!

On the second five of us squeezed into Bradders' car for an early morning jaunt to Norfolk. first up a Great Grey Shrike at Fakenham, but even before we'd got there and just as it was getting light Mr Hawkins had spotted Woodcock and Barn Owl from from the middle of the back seat. I've heard many a tale about his ability to spot things unseen to us mere mortals, today was a great learning experience. Later he picked up a juv Glaucous Gull (Salthouse), while I was more interested in getting out of the chilling wind and enjoying my coffee, then auks, ducks, swans and other stuff out at sea. He then followed this with Marsh Harrier, White-fronted Goose, Barnacle Goose, Red-legged Partridge and probably a lot more of the total 90 species seen that day. A quality approach and I salute him.

Unfortunately I missed the Woodcock and later the Tree Sparrows, but not a bad ending to day 2. Day 3 was a bit of a rest day to recover from the two early starts. Pathetic! 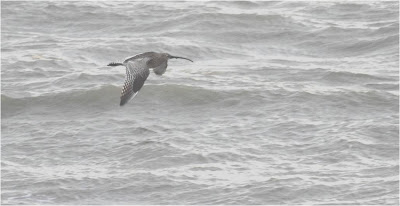 Today I thought I'd give Rainham a chance, having heard it might actually hold some water. The best bits though, happened on the new scrapes Havering council have been playing with on the west side of the silt lagoons. 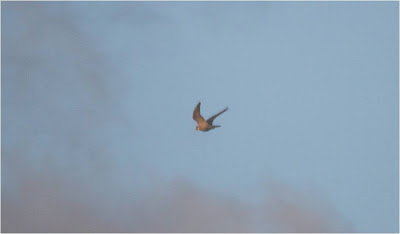 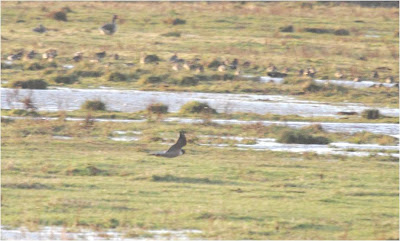 First up a Stonechat (a bird that took me virtually 6 months to catch up with here last year), a splendid Green Sandpiper, and some Water Pipit hard to pin down and in the high wind only caught calling once. As per usually everything went tits-up when I got on to the reserve. Plenty of birds though, and water, so maybe I'll go back again sometime. 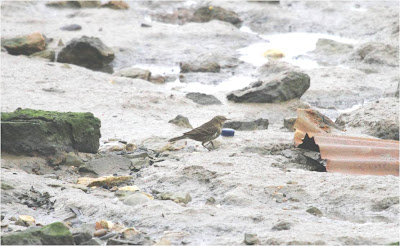 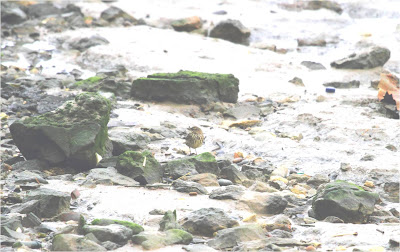 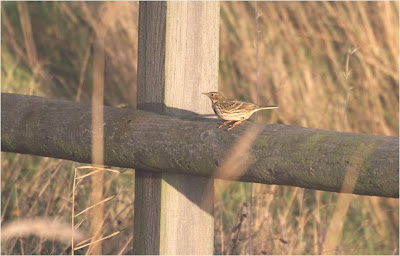