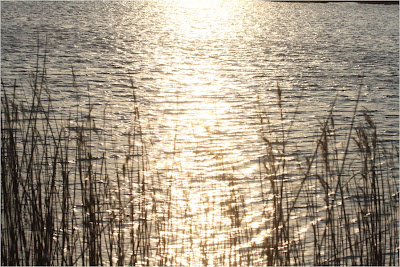 Black and white duck, or black and white wader with bubblegum pink legs, which to choose?  Or why not go for both of them. An ill-thought plan is hatched. Last train to Rye, walk to Dunge overnight, clobber said black and white duck first thing, fill my boots with landfall migrants and bag a few seaborne niceties while I am at it.  Back to London down to Weymouth, overnight walk to Portland Bill, fill some other boots with landfall migrants and then sit in the obs drinking tea/coffee (I'll decide later) while the serve me up freshly caught goodness in their mist nets.  Catch the bus back to Weymouth check out where stilty's at, and do him.

Sounds like a plan. "Old school", is how Tim described it.  That was it then, it will work.

I had of course forgotten how punishing the 9 mile walk to Dunge can be especially after an early morning on the flats, 7 hours at work, in the dark, add fog, leave out any food and then inadvertently spill half your water on some poor glow worm thingy you bend over to have a look at on route.  Then handicap yourself further by having dodgy knees and and aching ankle - it would be a long walk, but at least I had the foresight to bring my arctic sleepingbag for the hide! 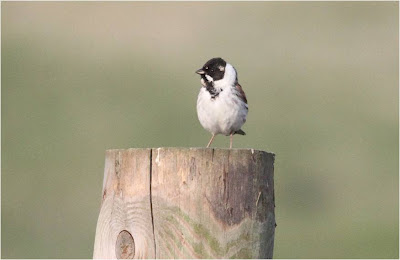 First negotiate the sheep field just to the east of the River Rother and its stubborn and large inhabitants, collect as much pooh on your feet as is feasible.  Then try and avoid all major puddles and wet patches on the path to avoid the added burden of sodden socks, while averting your eyes from on coming traffic with full beams on which may cause you to stumble into a ditch.

First milestone, after malignant sheep, is Camber Sands - a holiday camp full of drunk Pontin's weekenders.  A fillip though in the form of a calling Tawny Owl (#193), and then back into the dark.  Along with the owl I heard Oystercatcher, Wigeon, Lapwing, Greylag Goose, Coot, Mallard, Herring Gull, Common Gull, Cetti's, Curlew, booming Bittern and some other stuff I couldn't recognise.

It got colder, I got slower realising that Dorset was becoming increasingly unlikely.  Lydd, then a further mile or so up the road across a field and the shelter of a hide.  As I got in my sleeping back I soon realised I had company and that the arctic must have been much warmer when my sleeping bag had been made. Luckily it was only 2 hours before it got light so me and my small companions had a fitful couple of hours pretending  I was sleeping. 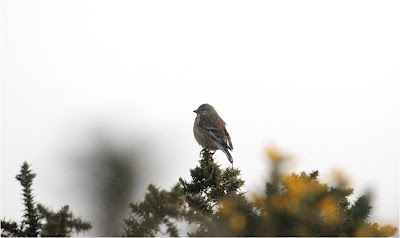 Outside in the early morning gloom Sedge Warbler scratched amongst the brambles (tick #194) and Linnet sang from the tops of the gorse.  Three Marsh Harriers rose from their roost and would be my constant companions while I was on the reserve. I hobbled down to have a look over Denge Marsh and concluded that black and white American ducks might not be so easy to see if they didn't want to be seen in the reedy expanse. Ducks would have to wait, I was hungry and the nearest food a mile or so away at the point. 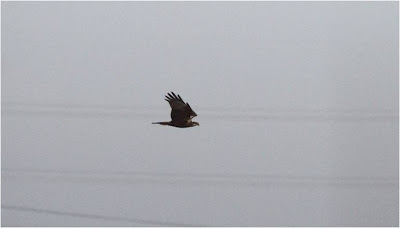 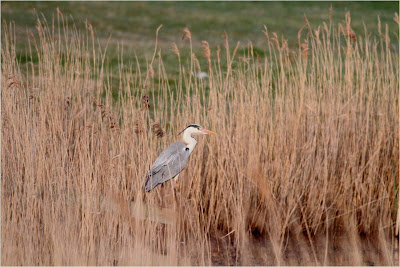 First the Arc pit, as I had some time to kill before breakfast could be acquired.  A showy Tree Sparrow, calling Reed Warbler (tick #195), and a marvellous Hare on the path, which came bounding towards me in greeting.  Apparently they have very bad forward vision, but for all that still way smarter looking than a rabbit. 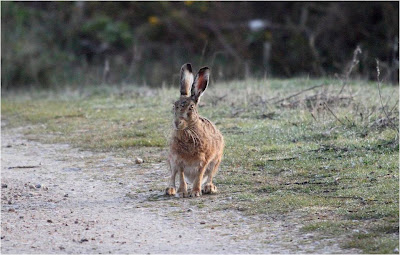 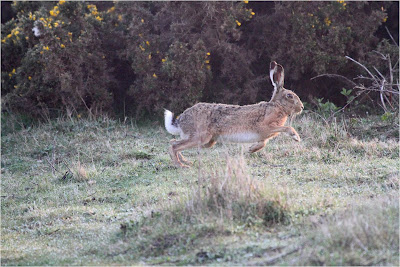 At the Arc pit the water level was too high for waders, but a couple of Little Ringed Plovers studiously inspected their small spit of gravel while gulls loafed around them. Not much to make me stay either so I limped on to the road towards the point. A few tufties on the new diggings, no yank, a cheerfully bright Yellow Wagtail at the end of the arc pit, and a Swallow hawking around more in hope than anything as it was still pretty cold even though the sun was well up. 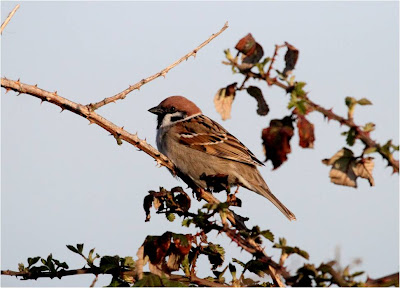 I crossed to the point by the long pits, a few chiffies called deep in the sallows, and the calls of Great, Blue and Long-tailed Tit could be heard, but I barely saw anything, never have walking through here, but apparently it's a bit hit or miss. Sea-watching could wait, I needed sustenance. 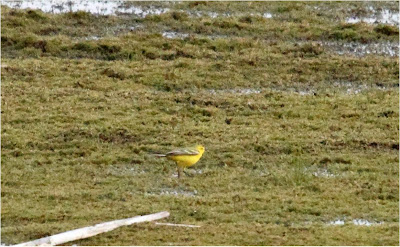 After a life threatening and heart clogging repast, I was ready for the point.  Unfortunately the good stuff; a few skuas, had been and gone, so I had to make do with some Common Tern (tick #196), some small flocks of Common Scoter, larger flocks of Brent, and a calling Med Gull - should have gone to Portland. There were however, a number of porpoises fishing offshore, so that was alright.

From here it looked good to get back to the reserve by the coastguard building as the powers that be had levelled the top of the sea defences and seemingly had spread concrete into the pebble mix, making easier to walk on. For the first part that is.  I was joined by a another Londoner, Gavin, who works on the KOS database, an entertaining chap, as vitriolic in his liking for dog walkers as myself. Nothing in the Denge creek by the firing range, though we expounded how good it should be for migrants.

The idea was that we'd get back to the Springwell Bridge and look for the yank duck, from where it was last seen. The duck, who was probably hundreds of miles away (Norfolk) was probably unaware of our interest.  It was all a bit quiet.  Two Med gulls called high up as we made our way back to the Reserve.  I headed for a coffee, while Gavin sought Sedge and Reed Warbler, we would meet again. 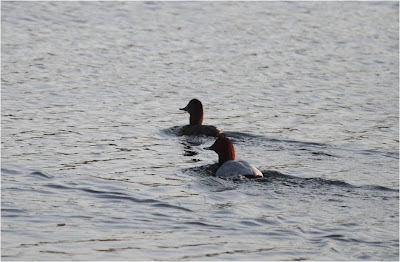 After another bout of refreshments and a quick look for the Long-tailed Duck and some more horrible distant digiscoped nastiness, I started off for the Arc for a second time.  I had no plans and was in a bit of a quandary as to what to do and where to go, there was obviously nothing coming in, and it seemed I was just coasting while there was still light. 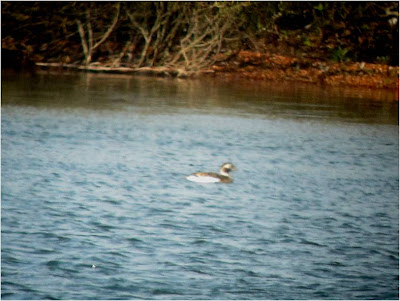 A flock of Grey plover flying east raised my spirits, and a Peregrine was note worthy, but very little else.  I met up with Gavin again on the approach road, he had four Whimbrel feeding in a sheep field, nice, but...

He sallied off on his bike (oh he was on a bike!), to see the LT Duck, while I stumbled on.  By the farm at the entrance a car pulled up: "If you're interested there's a male Redstart in the gorse just back there?". Male Redstart's always good.  Texts from back home had pointed out a male Redstart had been found in Long Wood again, and a House Martin, and a Reed Warbler by Alex... 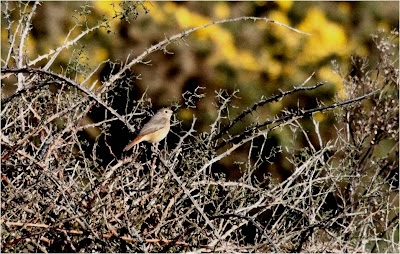 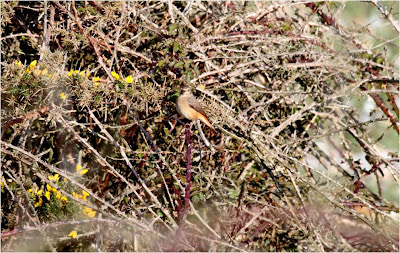 I stood and waited, sure enough out popped a female Redstart, they are good too.  If not better in my view.  I watched and waited for Gavin to catch me up.  And waited.  The Redstart entertained me while I waited.  I waited some more.  A couple of House Martin circled over the arc in with some Swallow (tick #197).  Finally his bike hove into view and quite soon I had him on the bird too.  It pleased him. We watched and rattled of a few snaps, he getting close enough to get a spanking couple of shots as it briefly landed close by on a log.  His image was way better than what I was getting, but then he was crouching and doing the creepy up thing.  If I'd crouched I would have needed a team of paramedics to get me upright again. 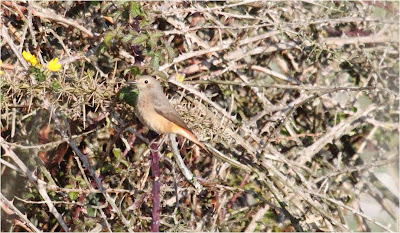 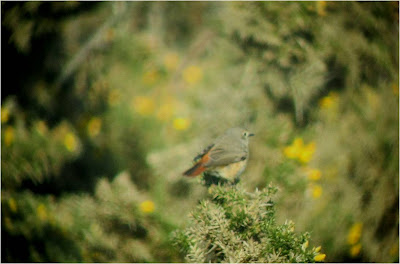 We parted company at the Arc, he cycling back to Appledore, I staggering off to Lydd for the bus.  Probably see you on the train he said in parting.  Hah! 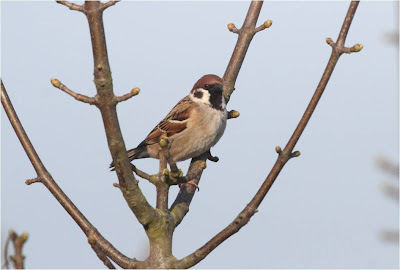 Not much to report on the way back, a couple of Wheatear in the sheep field, harriers again and that was about it.  Reached Lydd and caught what was apparently the last train to Rye that night - that's planning that is! 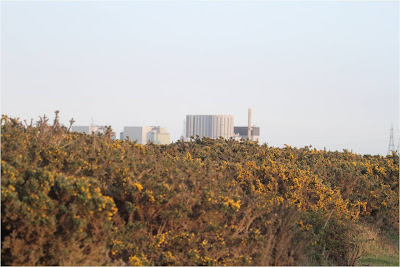 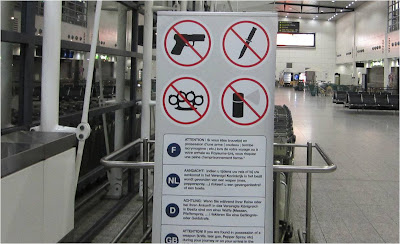 Sunday morning and I was surprised to see I could still walk, so tardily I went up to the flats to meet up with Jono.  Bugger all was about so we decided to try the park.  Bugger all was about so we decided to go to Wooton Bassett to try for Goshawk.  Standing by the approach road to a woodland burial site with scope and bins, you are bound to get asked questions.  Tactfully we both neglected our main quarry as you never know!  Jono picked up a Hobby (tick #198), while a number of Buzzards display stuff and circling routines over the distant wood.  A possible large hawk made a brief appearance and we got buzzed by a Spitfire as it came in to land. 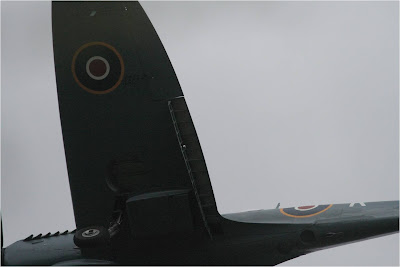 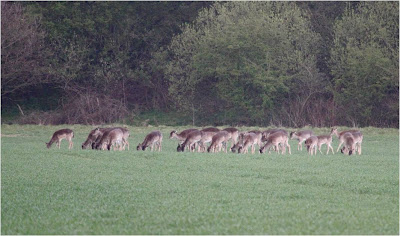 The weather was becoming increasing inclement so we decided to head for the Lee Valley to check out the reports of early Nightinglae at Fisher's Green.  Within a few seconds of arriving it started singing and I even got a glimpse of it (tick #199). 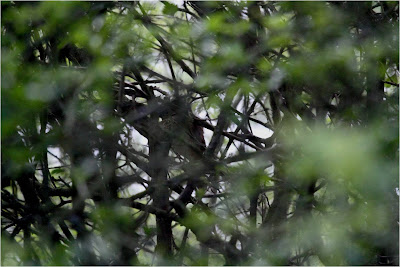 ...er that's it, a Nightingale

That was it then I'd have to stay to reach the 200. Little Owl a possibility at the farm?  Nope. Wood Sandpiper on Landgridge? Nope.  Garden Warbler - ditto. A Cuckoo had been reported by Hall Marsh scrape, so I laboured my way down there, the aches and pains back with a vengeance. I hadn't reached the scrape when the archetypal spring sound reached my ears, yay tick #200.  Now the hard hundred. 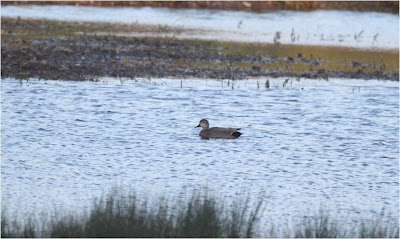