Gaga gives it up 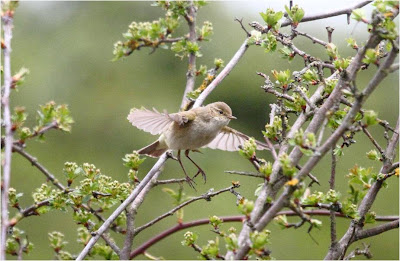 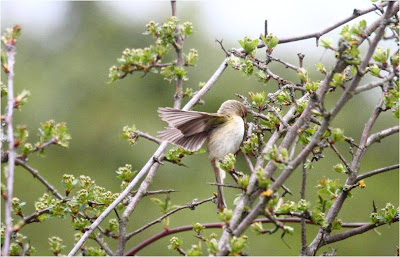 Right, second crack at these summer specials and that means Rainham.  First train to Barking and I am contemplating the Network Rail timetable over cup of dishonestly named coffee when Jonno calls.  "Ouzel on the flats".

Back on the flats nothing ouzel shaped is forthcoming even with the help of four extra sets of eyes, a Wheatear was some consolation but clearly not ouzelly enough.

Back in Barking considering the vagaries of the Network Rail timetable over a cup of dishonestly named coffee...

Rainham then.   It's all looking  bit quiet, the log book a page yet to be writ. I am not optimistic, but that's a good thing at Rainham - go with no expectations and you are (not) likely to go away undisappointed.  A Wheatear by the Ken Barrett was good - a pristine male - it raised my spirits.

At the second viewing platform a small group of watchers were gathered no doubt looking at or for the Garganey.  Pessimistically I'd feared that four hours of fruitless ouzel dipping would domino with the duck, but happily they were showing well close into the bank along from the watchpoint.  Cue digiscoped awfulness.  How I've missed the haphazard and constant hopelessness of juggling a small camera up to a scope to achieve so little.  Having said that the images are probably slightly better than the larger Canon. Whatever, the bird looks better scoped, pictures doing it no justice whatsoever, giving it a seemingly large over-bite as they do.  Some pictures don't convey the beauty of birds or perhaps its just mine! 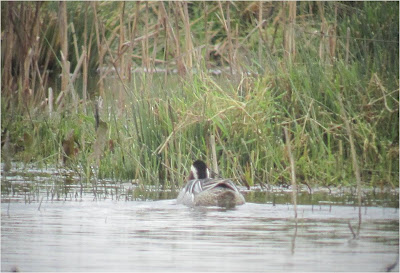 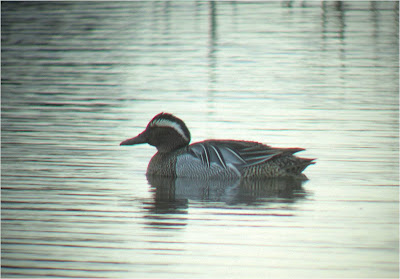 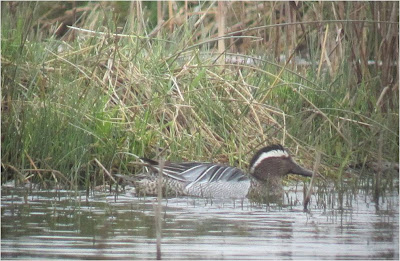 Head-on the duck's supercilium meets at the front giving it the impression it has a pair of trendy sunglasses on.  Never really noticed that before. 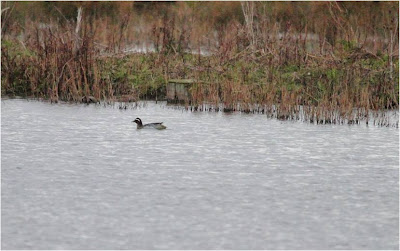 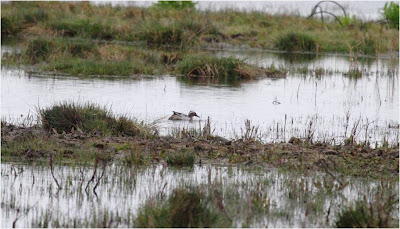 The cattle at Rainham for once looked like they were paying for their upkeep, with one helpful individual pushing a skulking Jack Snipe out into the open along one of the weedy banks. Sweet another Rainham year tick.

While the others buggered off for some refreshment I was left scanning the flash.  A rather smart Whimbrel stood at the back, I texted Howard Vaughan (just in case you've not heard of him, the Information of Officer on the Reserve).  Year tick, bingo! 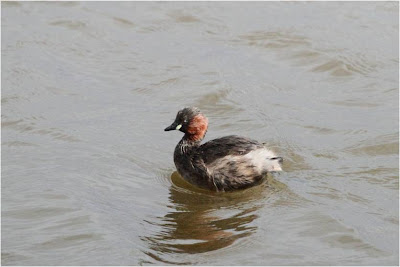 At the target hide Ringed and Little Ringed Plover are enjoying the new scrape, which it has to be said is a great improvement on the first incarnation of site enhancement. Otherwise the Pintail have all gone, though there are still dozen of wigeon and heaps of other duck, but still fairly waderless. 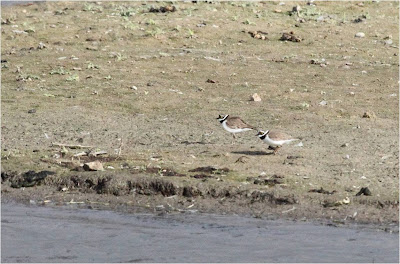 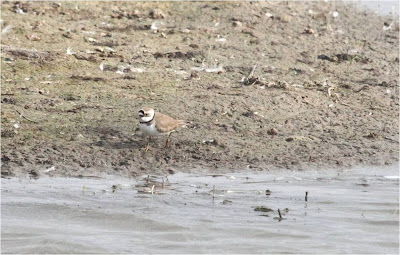 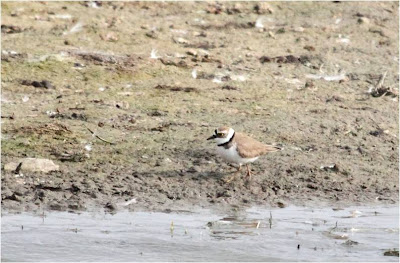 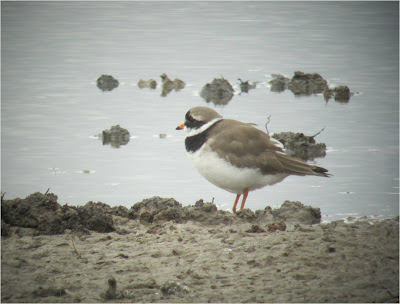 Later over a cup of tea, one of the volunteers comes in reporting Yellow Wagtail in with the cattle, we all try scoping them from the warmth of the reception centre, nothing.  So its back out and round to the Ken Barrett to get a fix for H in his office. Second to last cow to the west, the one with the horns, OK the black one with the horns.  Two beautiful lemon birds scampering between the feet of the lumbering bovines, Sm-art!  Last off the reserve again I consdered waiting for the Barn Owls or find some Short-ears, neither appeared so I ambled down to Rainham. By the silt lagoons a Stonehat sang from the top of a hawthorn inbetween hawking for insects. I don't know how long it's been since I last heard one sing, but damn near the highlight of the day. 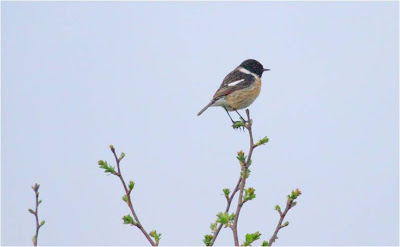 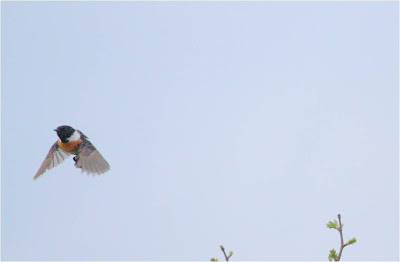 And we'll leave it at that and gloss over the fact that it took longer to get home than it would have taken to get to Birmingham (back in Barking considering the vagaries of the Network Rail timetable over a cup of dishonestly named coffee.... ). 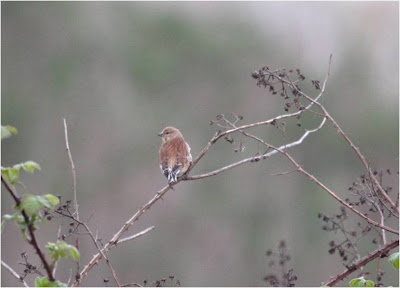