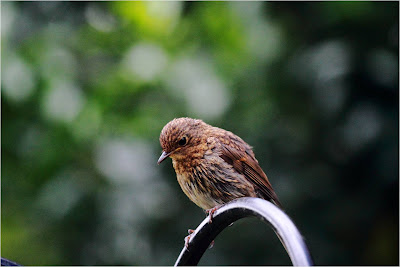 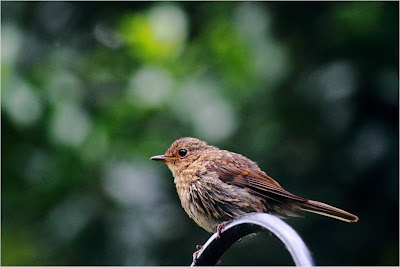 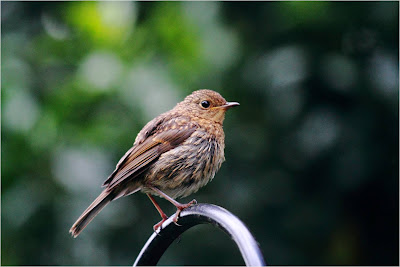 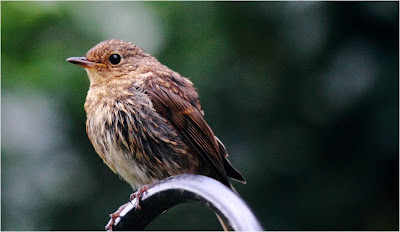 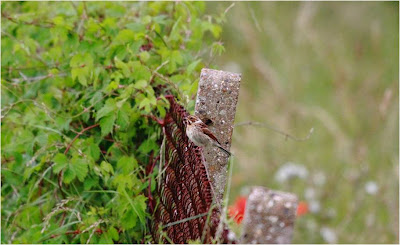 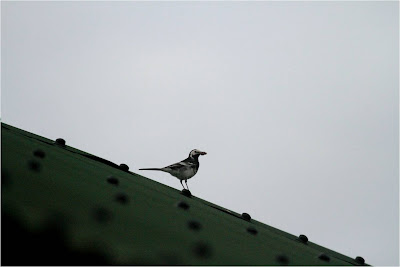 Just back from a weekend watching the rain hammer down, where birding-wise very little was achieved. I had hoped to get some crex crex action on the Nene Washes, but the weather and apathy put paid to that, so I did a bit of gardening in between gaps in the weather.  Finally let off any more duties I decided to see if I could find any of our elusive owls.  Three years ago I found a small family of Long-eared Owls squeaking in a copse near a large field of set aside and a young mixed plantation.  They were the next year too, but subsequently never returned, or optimistically I'd missed them last year.  Buoyed with success of finding young last weekend at a secret location in the London recording area, I thought maybe, just maybe, my luck would be in again. 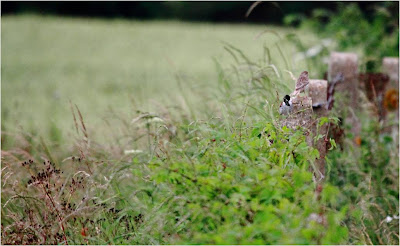 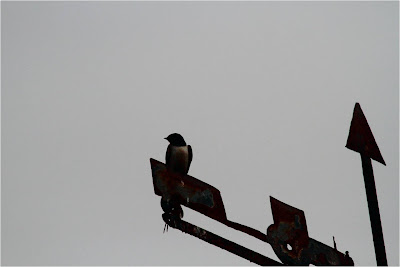 What has been an absolute disaster for most birds, however appears not to have affected our local bunting population.  As I strolled down the footpath towards Babraham, Corn Bunting sang from the wheat and telegraph poles, and Yellowhammer from the bushes.  This area has always been good for them, yet it always seems intensively farmed.  The set aside, which consists of a large meadow to the west of the tributary of the Cam, has no doubt helped, but even on the north side of the village our three commonest bunting are fairly regular.  In the half mile or so before the new plantations north of Babraham I counted 6 singing Corn Bunting (in total c. 10 birds) a similar amount of Yellowhammer, a pair of Reed Bunting - the female carrying food. 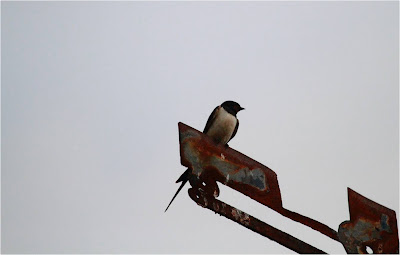 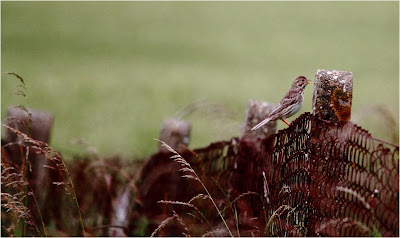 As for owls, nada.  I haven't even heard a Tawny Owl in the village this past year - that's kind of worrying. Shelford/Stapleford is meant to be good for Lesser Spots too, according to Mr LGR Evans' book, I can recall only seeing one in the garden of the house where I was born, and that was year's ago. Last year I did see a Turtle Dove, my first in the area for a similar amount of years. Now even sparrows are rare here, though we did get a Tree Sparrow on the garden feeders a couple of year's back. 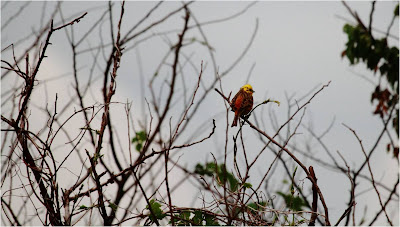 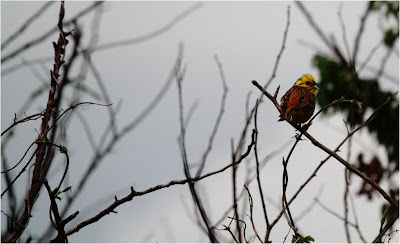 Which reminds me, to the right of the blog there some on-going appeals, one of which is in Cambridgeshire. The point to make here is for every £10 donated releases £25 of extra funding so go ahead make a donation.  You could be helping to create another Paxton Pits, and who knows what manner of rarities will end up being found, and twitched by the likes of you and me in the future. 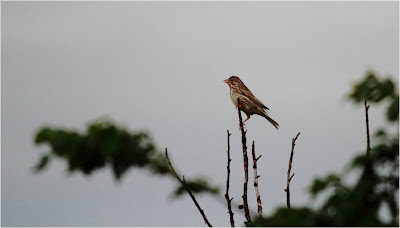 So the year list is grinding to a bit of a halt at the moment.  The last 50 species took just under 62 days, the next 50 might take a tad longer.  Next week I am off to look after my sister's farm in Northumberland and then on to Scotland to get the list rolling again.  Apparently she's getting some one in to look after the livestock so I don't have to worry about how many losses might constitute a disaster! 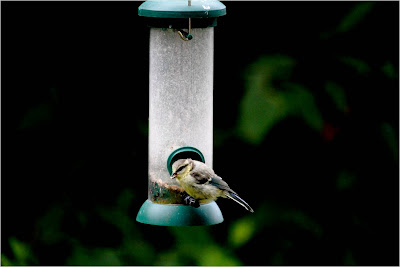