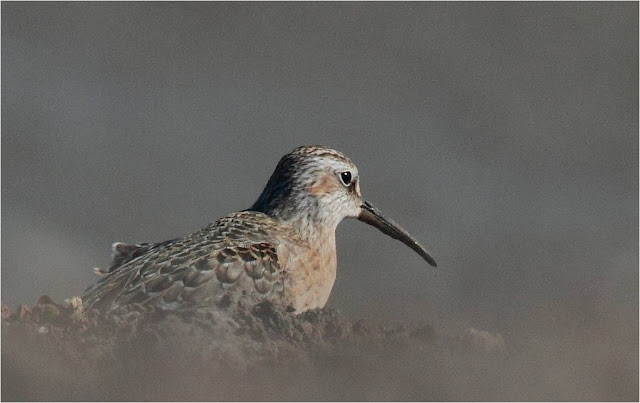 It was all going tits up, majestically, after an average start on the flats, when I overhead a punter telling Brenda about some Curlew Sands at the west end of Aveley Bay.  The day turned around.

Previously Mr Bradnum had phoned about some "hot" news of a Greenish Warbler singing down the road at Claybury Park.  Worth a try, but with the finder not known, as in unrecorded, it was a bit of gamble.  Tony was on hand to give me a lift, which was just as well as I would have really been pissed schlepping up there on public transport for the negative outcome.

So to Rainham and a hiding to nothing after the last 2 days of good stuff pulled in by the regulars. And I took a hiding until I emptied on to the river wall to find Brenda and said punter.

The three or more birds and their cohorts of Dunlin and Ringed Plover more than made up for the slim pickings of the reserve.  The closest and by far away the best views I have ever had of these little treasures. OK not in their summer best but worthy of a phwoarrrr!

Then as we stood watching them on the shore some tosser, walking with his family, came down on to the beach and flushed them. People are such unbelievable twats! 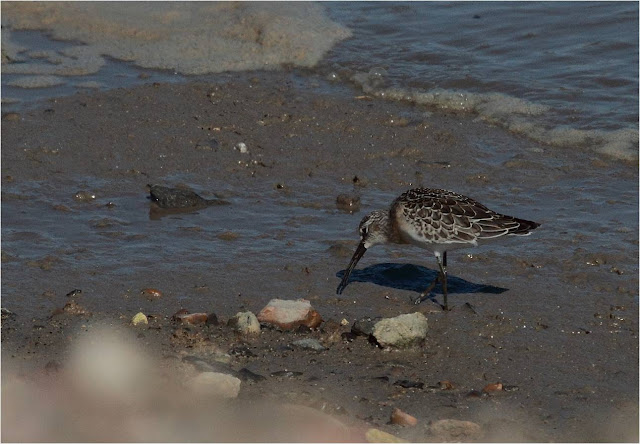 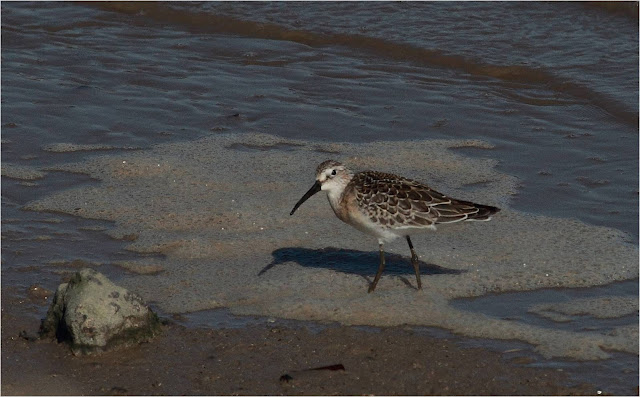 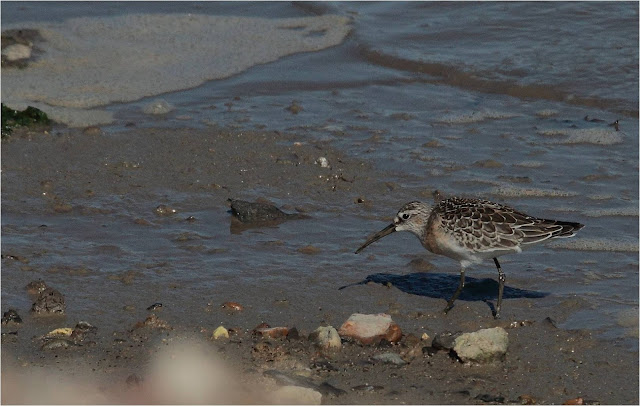 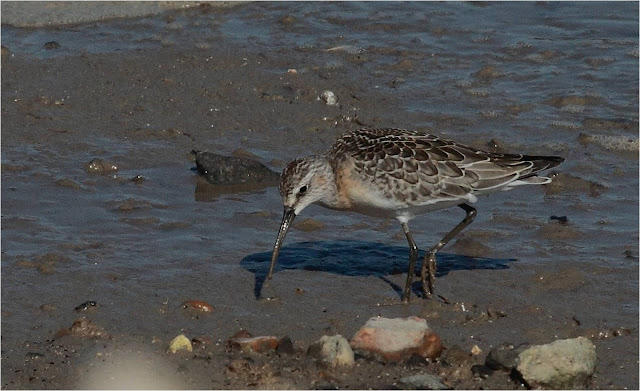 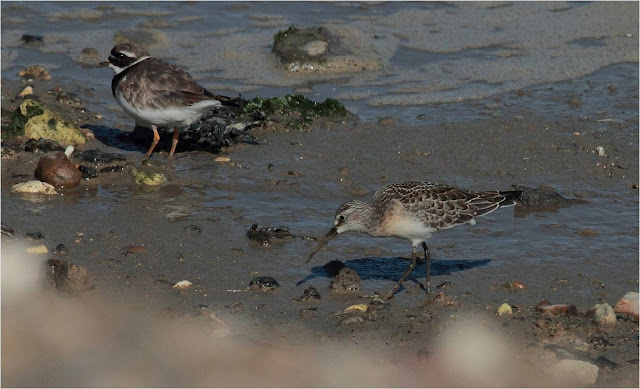 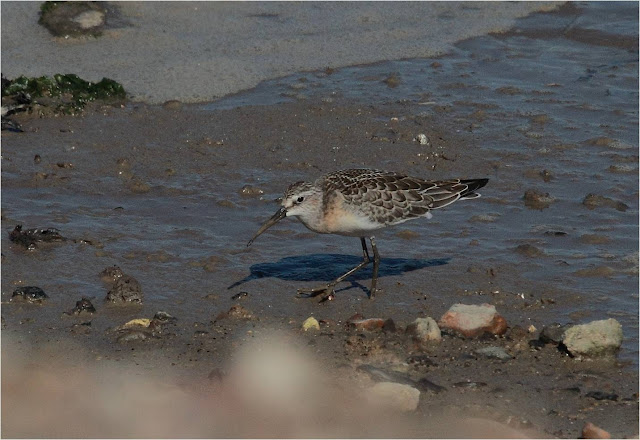 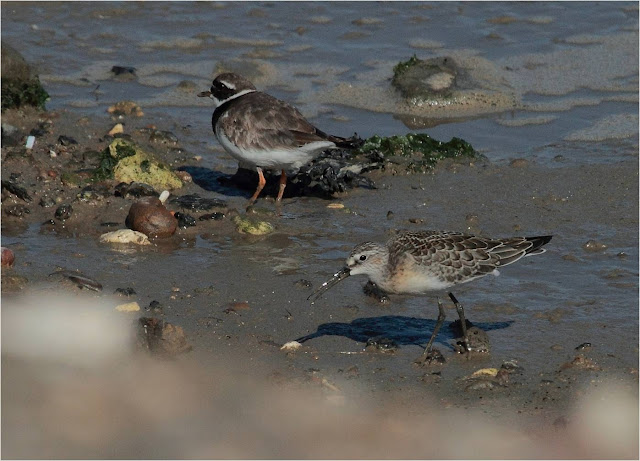 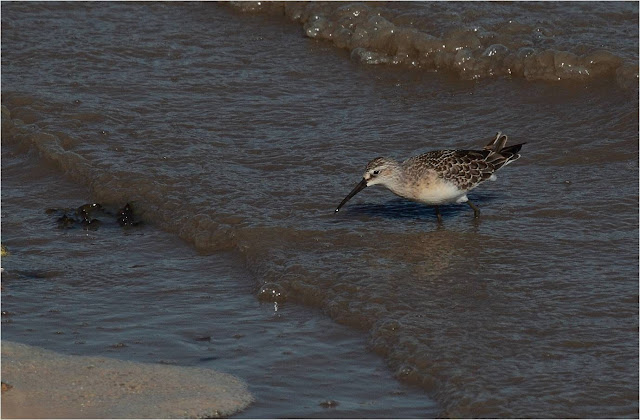 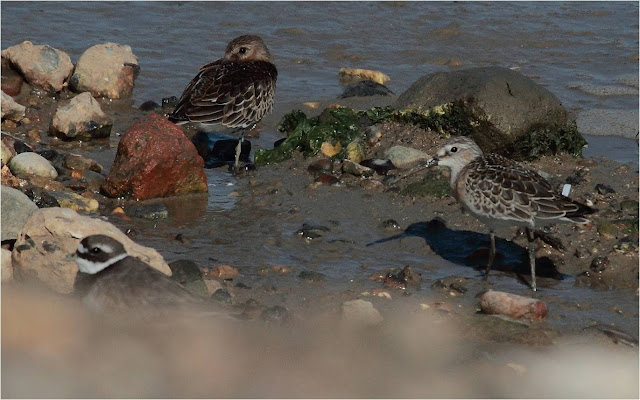 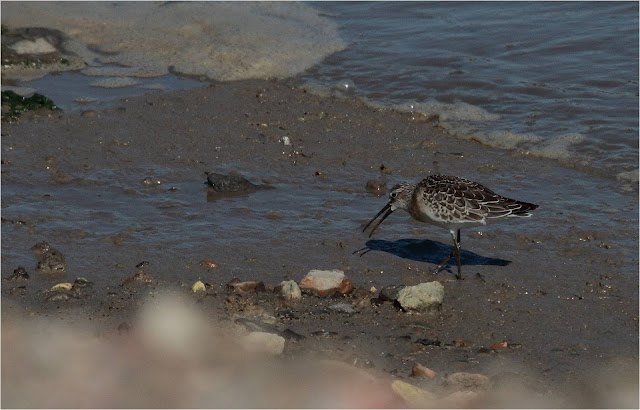 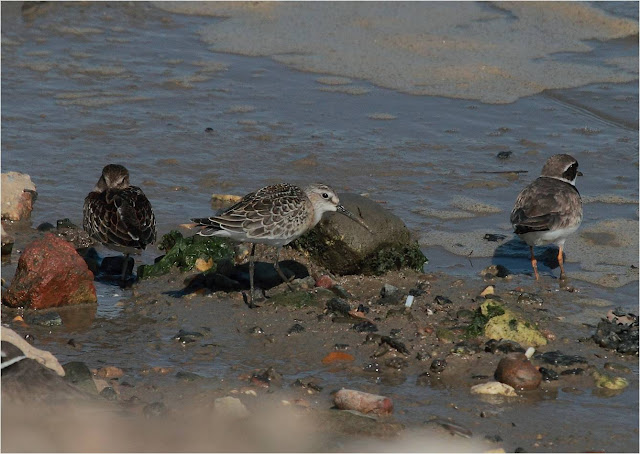 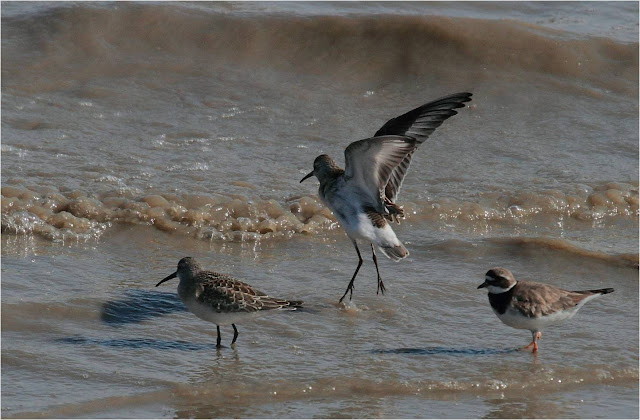 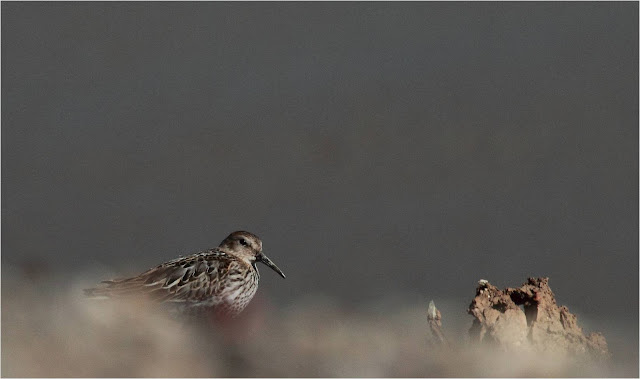 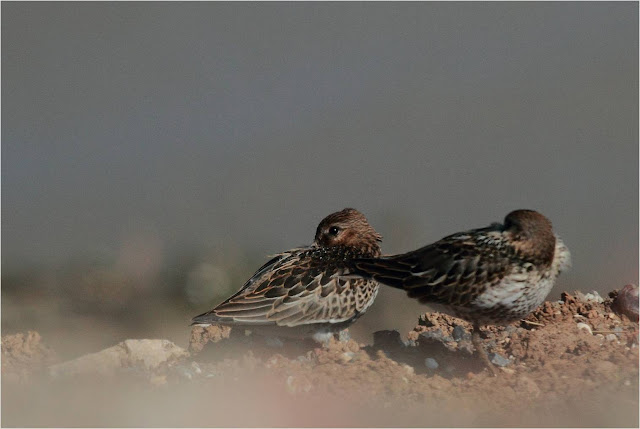 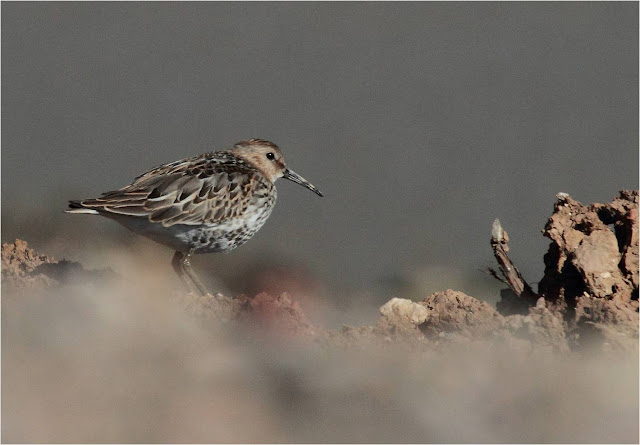