The last time I saw that much oily stuff on a skua, it was a kebab 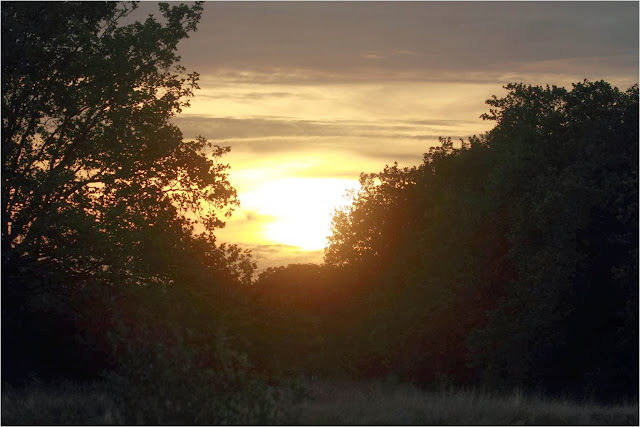 A little Suffolk side step as there was very little happening on the flats to worry about and the promise of a Lesser Grey Shrike. Unfortunately it was put off being the friendly type by the bank of cameras waiting for it come closer.  Smart looking bird and my first on the mainland, ooh and a Suffolk tick.  When we realised it wasn't going to us any favours we decided  to go and pap an all together more accommodating Skua that had been loafing around the beach at Sizewell. 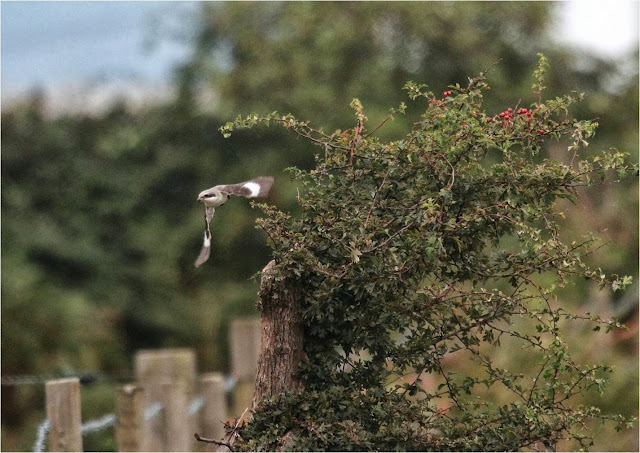 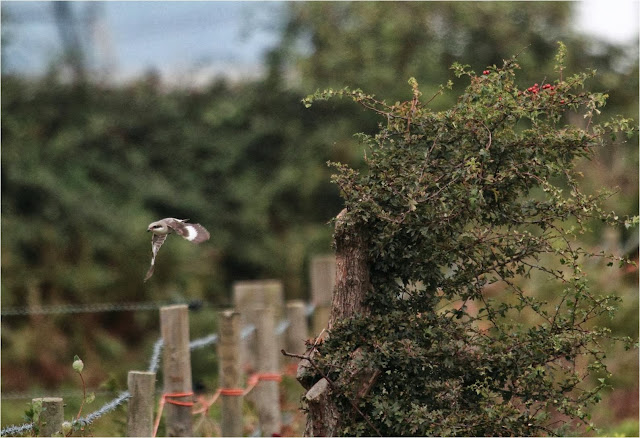 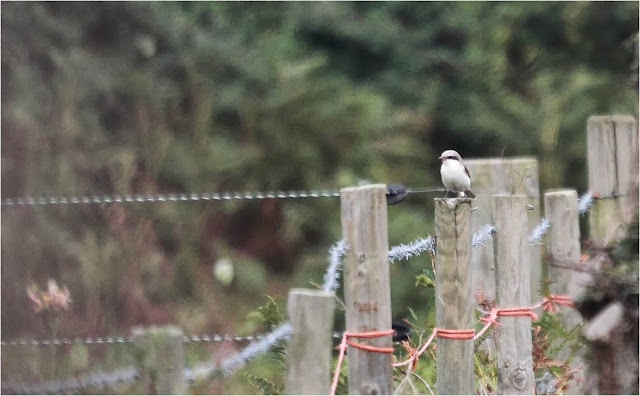 At first this bird didn't want to play up to its billing either.  After a moderate trek along the shingle it took one look at Jono's big un (lens) and sought sanctuary on the sea. After a few goes at the gulls, which immediately dropped whatever they might have had, it came back to the shore.

Unfortunately we could see it was quite heavily oiled, which might account for its unusual behaviour. Got to love capitalism and the short cuts to making a profit it makes people take, in this case cleaning their bilges at sea. 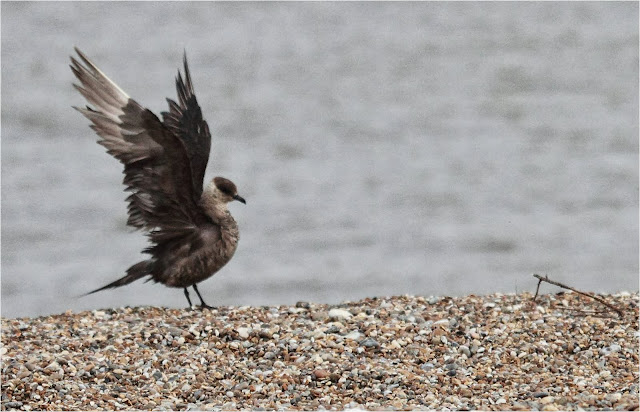 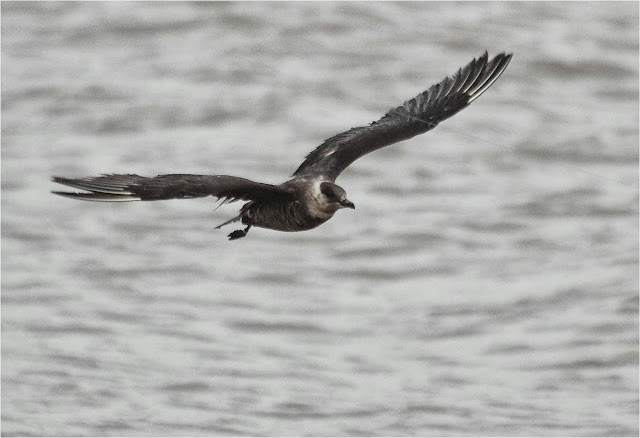 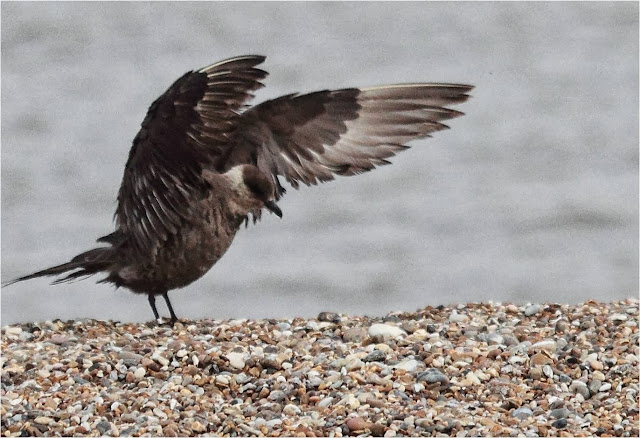 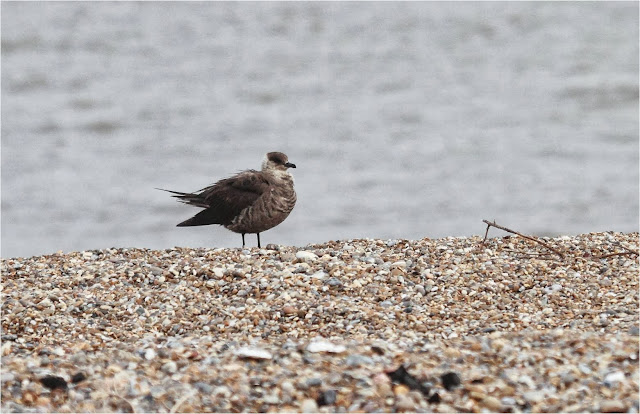 While we waited for it to in between its gull scaring antics, we did a bit of sea-watching.  A number of Little Gulls were feeding off shore, further out some Sandwich Tern, and an early flock of Brents moved north.  Not a lot else so our attention reverted to the oily Arctic.

We did get closer, but I got slightly bored and didn't really want to make it's life more of a misery, so I left and wandered off to find a couple of Black Redstarts that I'd been told were down the beach.

They were keeping company with two young Wheatear and after a bit of a run around allowed me to get in a few sneaky ones after I crept up on them. 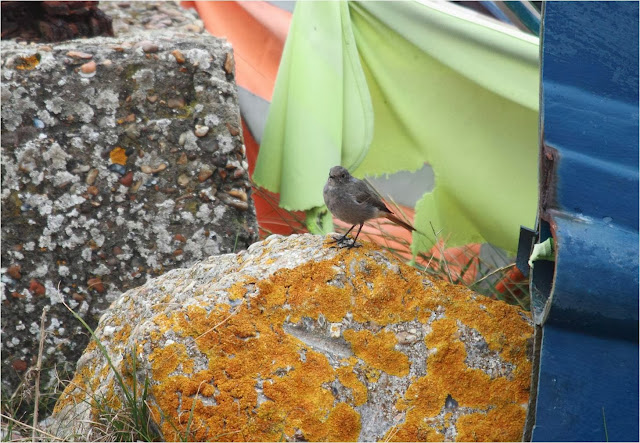 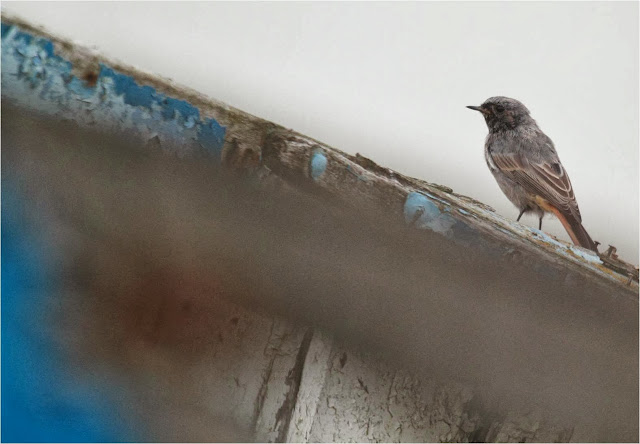 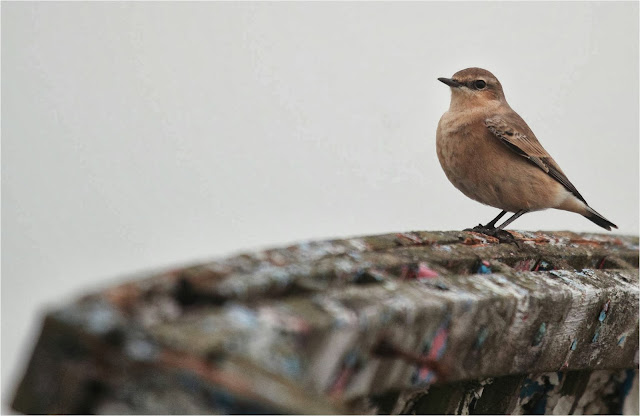 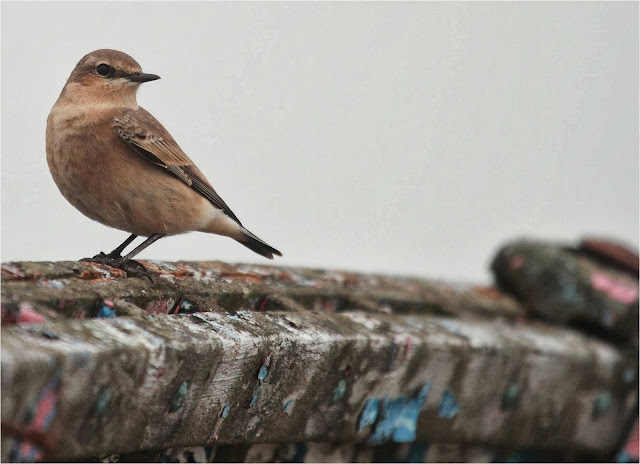 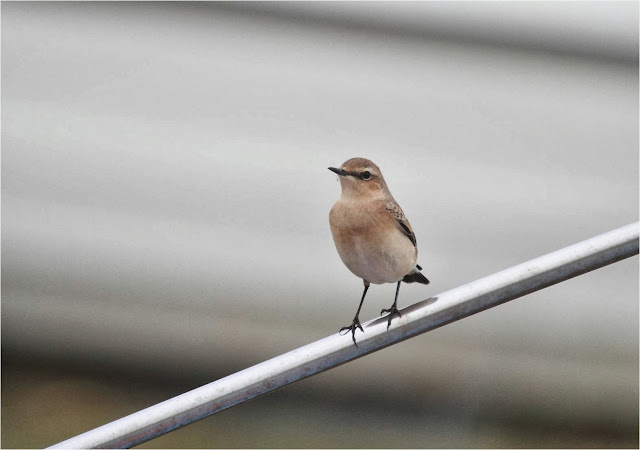 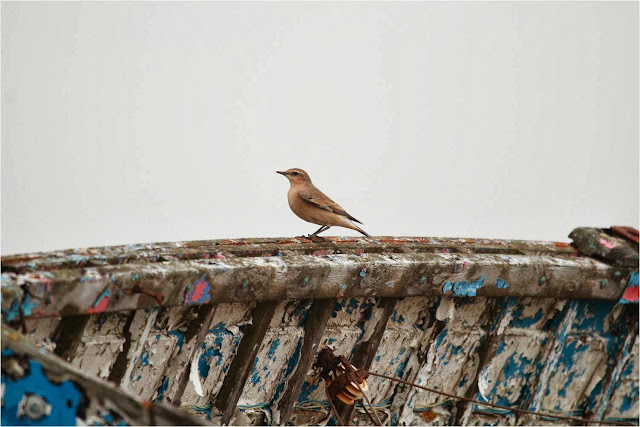 After Sizewell we then nipped down for a quick nose around Thorpe Ness. Not a lot doing, but a place with a lot of potential when the weather is right.

Tomorrow another ridiculously early start and we're Snettisham bound, for one of the wonders of the natural world, waders getting pushed up the beach by the incoming tide.  Should be good.  Then perhaps a little jaunt round the north west coast of Norfolk.  Might even get a migrant or two.
Posted by Nick Croft at 21:56