Dipped, but I don't care. I am on holiday! 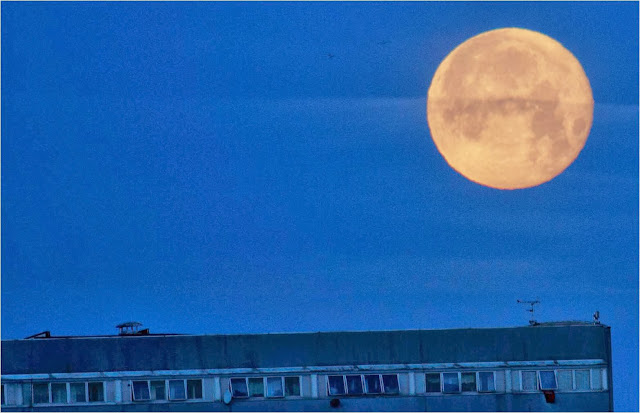 After a good morning on the flats, the weather still holding off, I plumped for Richmond to see if I could find the Dartford Warbler reported last week. "Last week!" Now that should have told me something, like it wasn't there anymore. What if had been?  Not knowing would have been worse.  Obviously I should have gone for it earlier, but I went for the closer options of goose and gull and little duck. 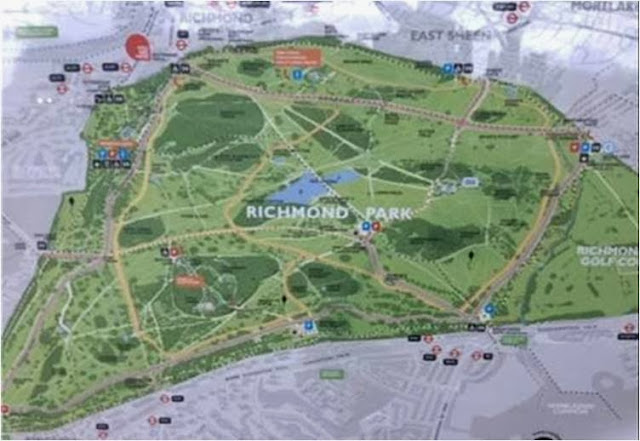 It wasn't there, but you know I couldn't give a rats arse, I am on holiday and I enjoyed myself immensely, even if wandering around three bits of fenced in gorse was not up there with the best things ever.  Especially as, as far as I could make out, there were only two Wren, a Blue Tit and a Blackbird in the clumps.  Later there were two Great Tit as well.

This was my first time to the park and it is big!  Huge! What I thought was Richmond Park and a tad crap, was the park on the river side of Richmond, which I now know is really crap, compared with this.  They have deer. Two types of deer. 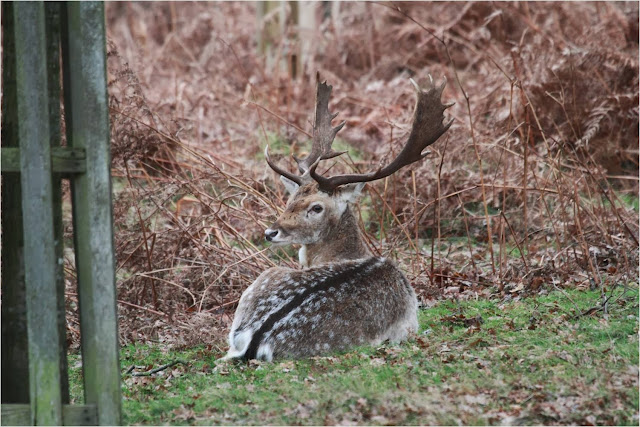 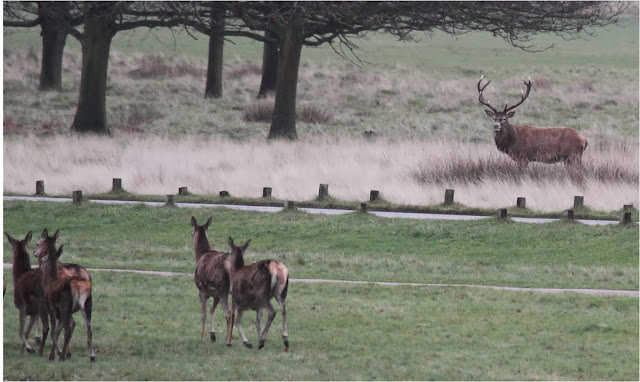 It's so posh I couldn't find any dog debris: the place is soooo rich, I bet they get someone to clean  up after them, or the dogs don't crap.

After wandering around the clumps of gorse, and a few little detours into the bracken area, looking out for Stonechat with whom the DW had been associating with, I gave up and wandered over to the Pen Ponds, which held a Red-necked Grebe while I was in Shetland. I had forgotten about the RC Pochards that had been recorded here over the last few weeks, and so was pleasantly surprised to see one floating around on the smaller lake. Then as I juggled with the camera, I looked back up and now there were nine.  Blimey where did they all come from?  There were Wigeon too, lots of 'em on the main pond.  What a place. 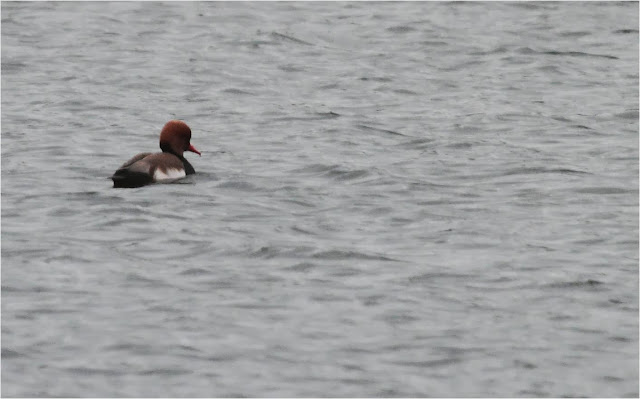 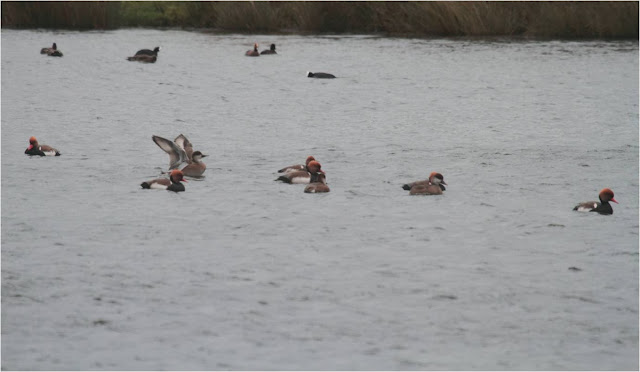 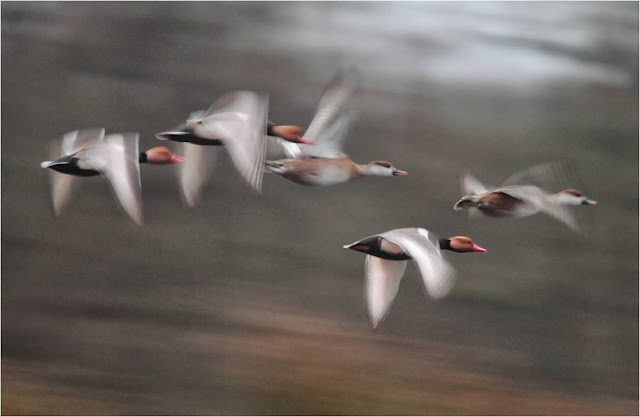 I scurried round to try and get closer to the reed bed and found four Mandarin on the southern shore.  What a patch.  You'd never get round it in a morning.

I gave the gorse one more look, in the increasing dark, before heading off home.  Not before spotting a little Pipistrelle hunting in the lee of some large trees.  Just shows how mild it is at the moment.  Unfortunately for the little fella I didn't see a single insect the whole time, which may be another reason there was not Stonechat or Dartford Warbler.

Tomorrow I go hunting Grey Partridge down Roydon way, and already I feel a dip coming on. Don't care I am on holiday, and that's all that matters.