From Russia with Love

Eight hours in a car with Mr Lethbridge and his eclectic taste in music? You can hear the stampede of eager participants.  Strangely enough it was just me, and I had a cunning plan.  In the past, on such trips, he had quipped that if I had a connector for my i-Phone I could play some of my stuff, in the certain knowledge that would have not been the case.  This time I was prepared.  So while most of the time was spent with him trying to brainwash me into his way of thinking regarding C&W, I did manage to slip a few Groove Armada and a bit of Sam and Dave quality into the mix.  Ha ha!

The eight hour drive took us up north to have a sneaky at a duck I later found isn't even on my data sheet (wow it must be rare). Luckily it showed a soon as we sloshed up the the sea wall, just above the strand line heavy with new material from this weeks tidal surges.  Unfortunately too far off for anything but scope views, but I had come prepared for that too.  Yay! More completely rubbish digi-scoping (how I've missed this futile endeavour) with my new Kowa adaptor and their free software. Sadly it was my first outing with the new kit and the results are predictably disappointing, made worse by the constantly fluctuating wind, cold hands, fat fingers controlling the remote on my headphones, and watery eyes and a runny nose.  Lovely! 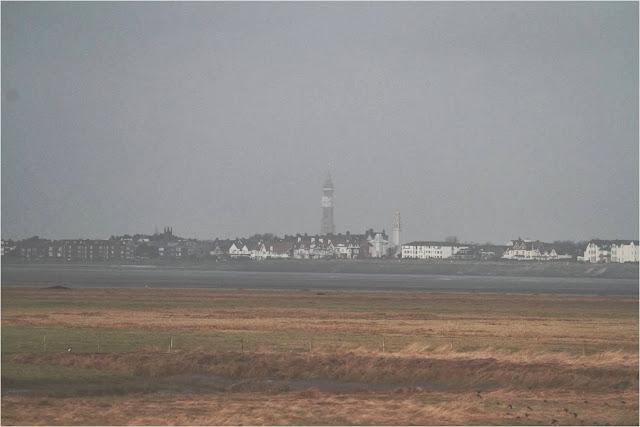 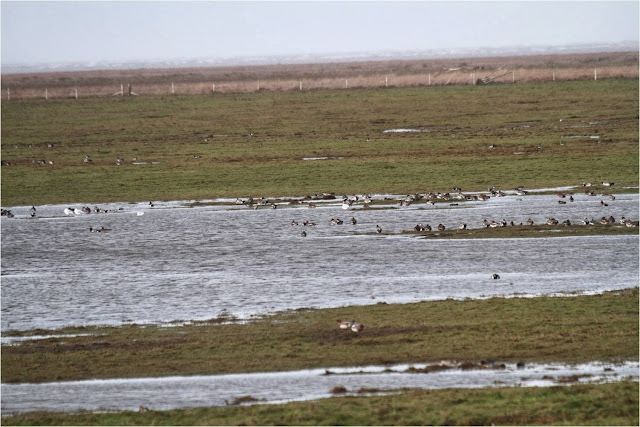 What a great place. A pile of ducks in front of us; mostly Wigeon, Teal and a few Pintail.  To the north across the Ribble estuary towards Blackpool a huge expanse of salt marsh and behind the sea defences very wet pastureland, where hundreds of Pink-footed Goose were feeding and amongst them two Great White Egret, who stood out brilliantly in the low sun. And everywhere waders flashing en-masse as they took flight over the estuary: Godwit, Knot, Dunlin, Golden Plover, Lapwing. 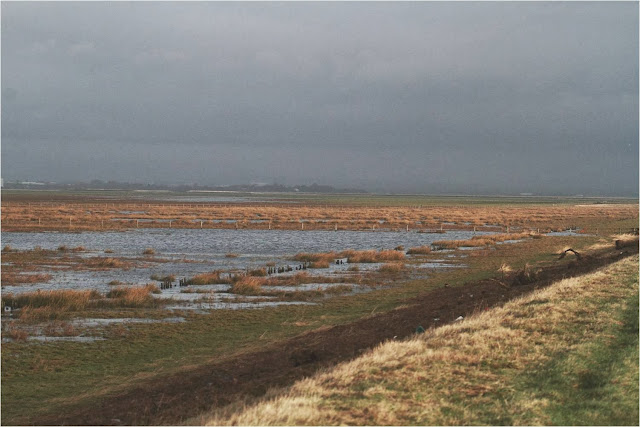 Sadly it being winter, we had to make tracks to get home. We did have a sneaky thought about going across country for the reports of Ivory Gull at Sea Houses, but the news came through too late and we would never have made it. Now all we have to do is sit back and wait for the great and the good to give it the thumbs up. 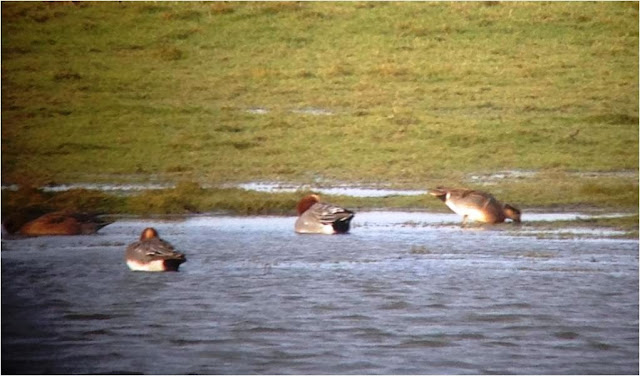 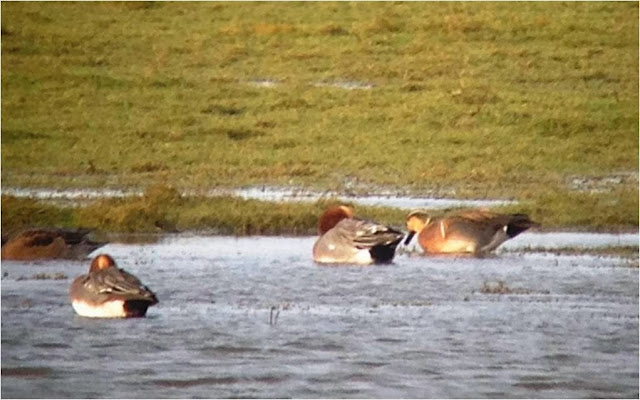