In Search of the Invisible Nuthatch (2) 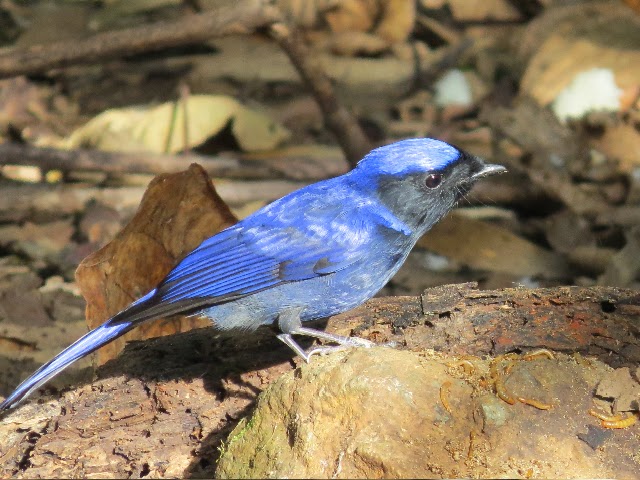 Another dawn, another beautiful mountain ridge topped with pine – more potential habitat for Giant Nuthatch. The only problem was that there seemed no simple way to access the top. After searching for a trail for a while we admitted defeat and went in search of other birds. At 7:30 we found ourselves in an abandoned pea farm just outside the small town of Ban Luang. Bizarrely, considering the number of trees we’d walked through over the course of the previous few days without seeing more than half a dozen woodpeckers, it was here that Gerard was able to enjoy his best views of a pair of Stripe-breasted Woodpeckers and a Greater Yellownape after they greeted us within a couple of minutes of our arrival.

While Gerard and Neil sought photos of the woodies, I stood and watched the edge of a scrubby area for its birds to come to life. Sure enough, a Rusty-cheeked Scimitar-Babbler and two White-browed Laughing-Thrushes appeared in the bright early morning sunshine, along with a Hill Prinia, a couple of Aberrant Bush Warblers, a few Grey Bushchats, and Sooty-headed Bulbuls and Brown-breasted Bulbuls. Annoyingly brief rear views of a pale blue flycatcher left me scratching my head: Verditer or a real Pale-blue? I will never know. 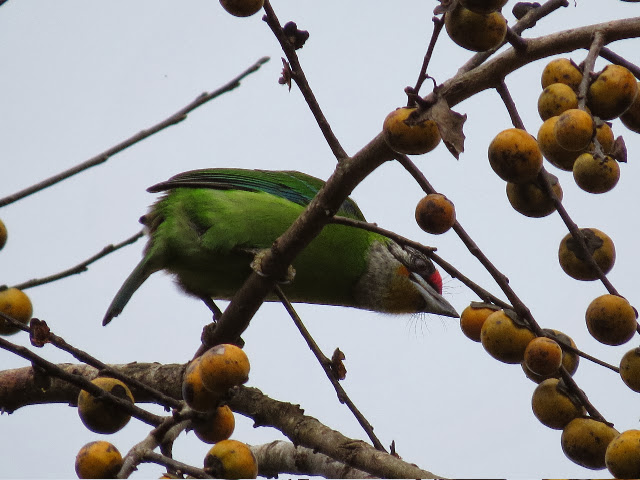 A Golden-throated Barbet in the fruiting tree.

With Gerard having successfully made some recordings of the woodpeckers’ calls and Neil happy with his pictures, we decided to move on a couple of kilometres to the local army camp, where  – you’ve guessed it – we’d been told Giant Nuthatch had been seen in the recent past (“early morning is good”). As you might expect at an army camp there was a soldier on the barrier with an automatic weapon. We had been given a Thai phrase to shout to him (the translation probably being ‘Hi, we’re crazy English birders so you can humour us by letting us look around your camp’). Unfortunately, in the space of 10 minutes all three of us had managed to forget this phrase, and rather than risking a linguistic faux pas I waved my bins at him and hoped for the best. And the best is what happened: he lifted the barrier and we parked up. Extraordinary as it might seem we were able to wander around for the next half hour with bins, a scope and large camera lenses. All well and good but of course there was no sign of a nuthatch of any description. 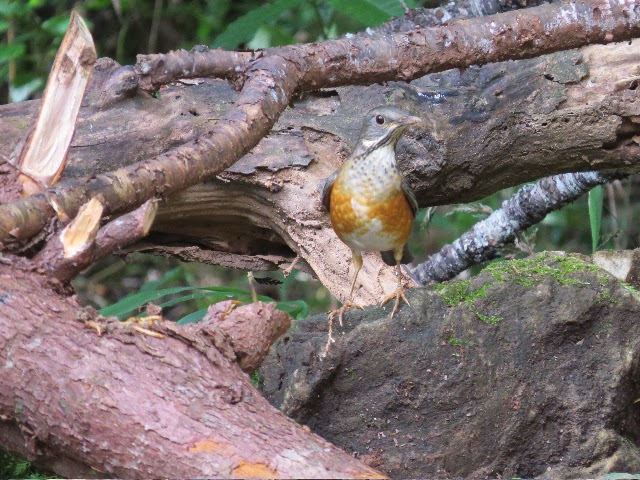 Maybe this called for a complete change of tack. With most of the area’s known nuthatch sites checked we decided to concentrate on the plethora of other interesting birds in the area. Just up the road was a trail we had visited the previous evening. Running through an area of dense mixed forest it had a fine large fruiting tree at the end. Over the next couple of hours this proved to be very popular with barbets. Both Golden-throated and Blue-throated spent long periods doing what they do best – gorging on fruit – though at times the cloud engulfed us and restricted photo opportunities. A succession of other species moved through the area, including White-necked Laughing-Thrushes and Spectacled Barwings, and once the silhouette of a Black Eagle drifted past in the cloud. We had other visitors, too. I felt my T-shirt moving and checked underneath to find a leech swaying rhythmically on my stomach! 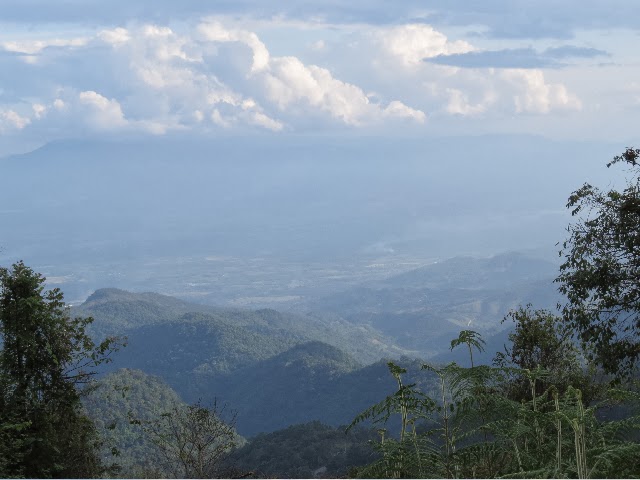 The view from the pea farm.

Of course, we had to try the army camp again (“late afternoon is sometimes good”) – just in case. There were a few Olive-backed Pipits and phylloscs in the pines, but little else. Thoughts started turning to cold beer … but we hadn’t give up yet.