Thanks go out to the East Tilbury Birder, who had the stamina to wade through all the guff and dross to find the bird I alluded too above. It appears I did see the Little Bunting at Landguard!

All I can say is, a Little Bunting was reported on the pager as being present as I wandered up to Landguard. A group of birders were looking for it by Icky ridge where it had last been seen. However, after a bit of a stop to er! relieve myself round a former WWII piece of furniture, I walked round by the cottages where I saw a bunting near the feeders. Looked interesting so I snapped it.

I did show it to a couple of other birders near by, however stating that it was probably a reedy. They agreed, but that was from the small screen of the Canon so can't really blame them.

But it appears I was wrong, but right at the same time. Having received new guidance I sent the picture off to the Landguard Obs yesterday and received this reply:


Brilliant - I was not going to pursue this record as I was only 99% sure it was one from the brief views we had of it. Your photo confirms it. Please make yourself known next time you are down here as I would like to thank you personally

Mr East Tilbury Birder you have made 2 people very happy, and so a big thankyou for that... 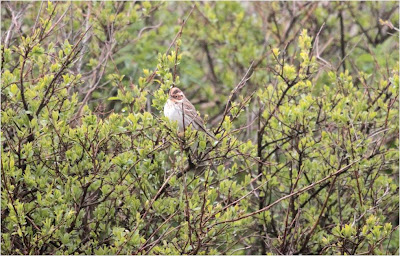 I am a Little Bunting, you twat!