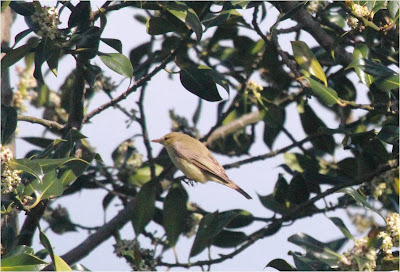 Got a call from Stu early doors about a Melodious Warbler he'd found on his way to work, well you do don't you!  Mmm, perhaps I'll have a gander at that.  Met up with Steve and while he cycled I took a taxi.  Waited for about 20 minutes, checked the park opposite and then it flew out of some gardens and showed well against the volley ball park fence.  Nice!

It appears other people quite liked it too.  Nice one Stu! Next time though on the patch. More pics to follow when I can trawl through them. 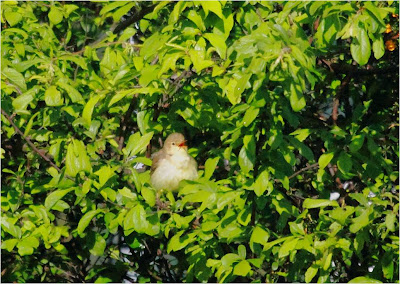 As I write this 459 viewers have visited the site (and probably gone away severely disappointed), wow! That's 1/10 of all page views in one day. Your best work yet Stu my friend! The bird showed virtually all day for those with time to wait, but only the finder probably got to appreciate it's song without the constant noise of traffic.

I was most impressed by the way it could morph it's shape as it busied itself in the foliage. Amazing bird. Stuart's far too modest to realise what a great find and what pleasure he has brought to his fellow London birders, worth a few drinks I would have thought.

Here as promised some more shots, but as everyone and their dog has now pictures of this bird it all seams slightly academic. I was hoping that my shot would grace the Birdguides weekly report, not because it was anyway good, just first. But then a certain Mr Campbell uploaded his rather good shot it has to be said. 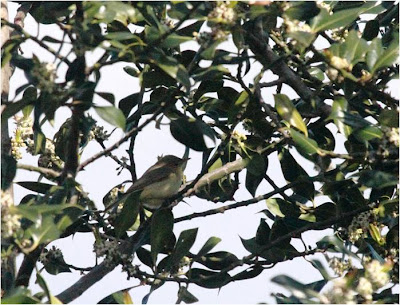 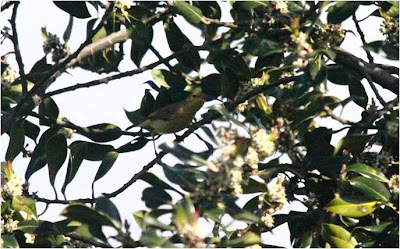 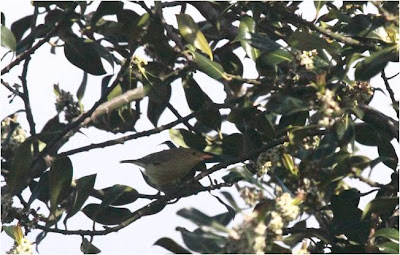 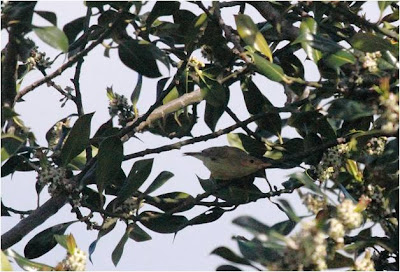 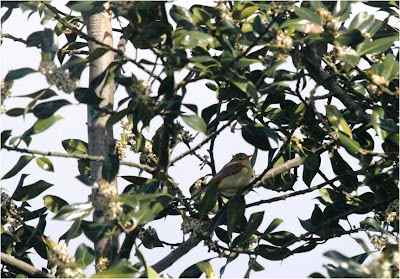 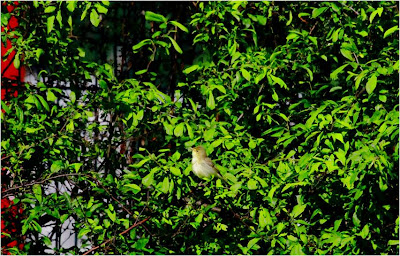