The savvy birder in Norfolk 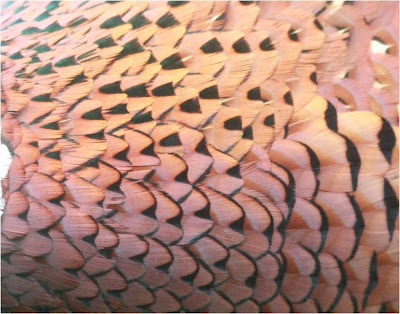 The savvy birder arrives in time to hear little vagrant warblers sing, early morning. So it's not me, surprisingly. The savvy birder has a back up plan if things go tits up straight off. Clearly not me. Chased a Hoopoe, but given the wrong directions by RBA and sat waiting for a no-show Pec Sand that had been chased off by Redshank hours earlier. Bastards. 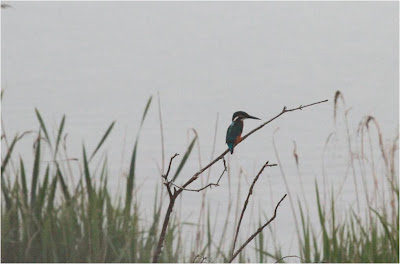 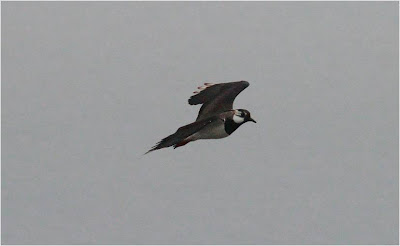 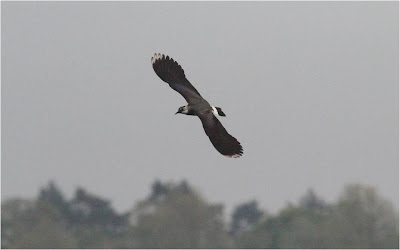 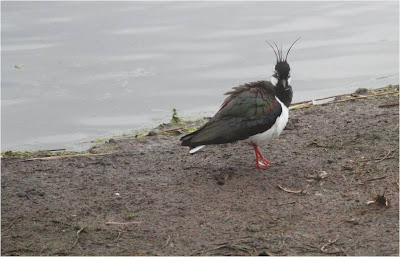 Having waited, and wasted precious time, this twite did catch up with the Savi's later in the evening. Crippling views. As in I could hardly walk after being cramped in a hide with about 20 other hopefuls. Fantastic song though. 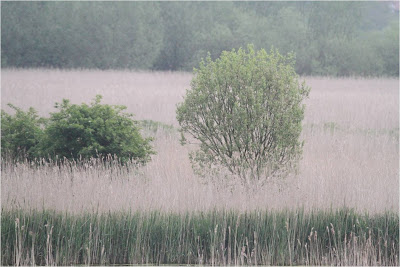 Stare at this long enough and imagine the wonderful reel of a Savi's Warber - just under the tree to the right, see it?  Well that's because it wasn't there - then! 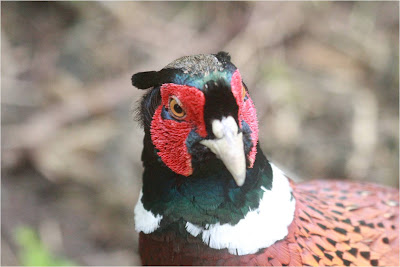 The savvy birder would have probably researched affordable accommodation for the second part of the weekend. Not me, oh no, back to the Premier Inn, now getting ridiculously poor value for money. Least it's near the station in Norwich. 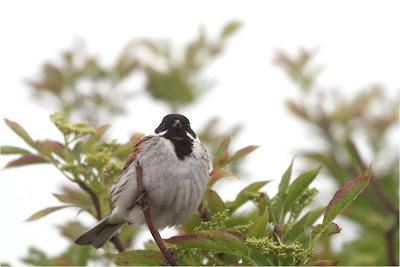 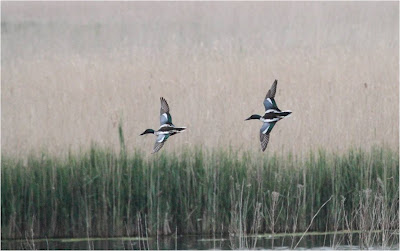 Sunday and my luck began to change somewhat. First train to Sheringham and blimey a bus soon after, and not long after that Cley. Followed some people to the trio of hides in the middle: sluggish, nattering bastards, one of whom was Bill Oddie - so all is forgiven. Cleared up the 2 stints and a some Curlew Sandpiper in under 10 minutes, sweet. 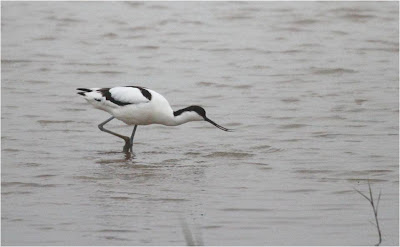 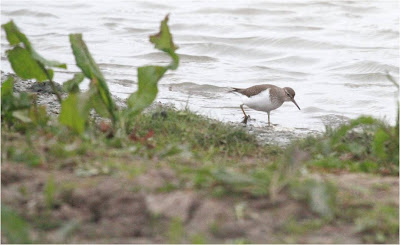 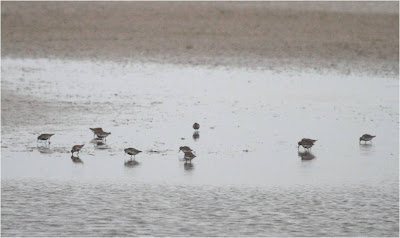 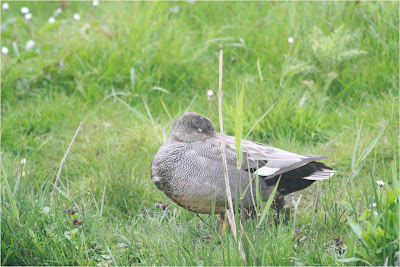 Back to the centre to pay my subs. Clearly there is a buzz around the place this morning: Bluethroat around the north hide and a Bee-eater kicking around just down the road. Blagging time.

A nice couple from Kent would like to see the bird, but unsure of directions. I offer my map reading services. After seeing most of North Norfolk,we manage to drive up the right road. It's easier map reading at 4 miles an hour. 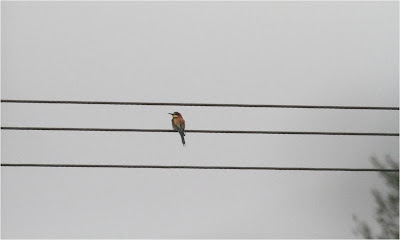 There's a large crowd strung along the verge peering through a hedge. And there the beauty is, even in the crap overcast conditions it brings an semblance of the Med. Cracking scope and bin views, it even flew around a bit - not that you could see much of that because of the foliage. Did a bit of bee grabbing too. Joy! My companions from Kent were so thrilled they let me get them lost in North Norfolk all over again. 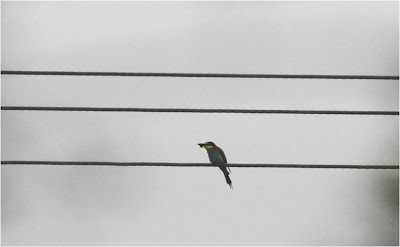 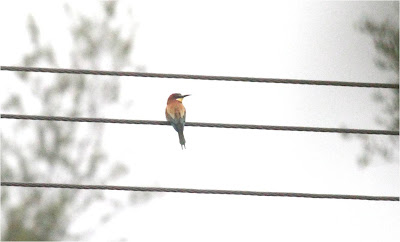 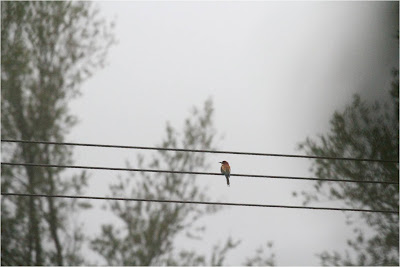 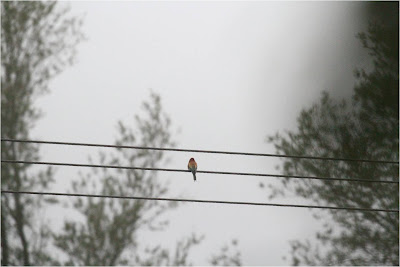 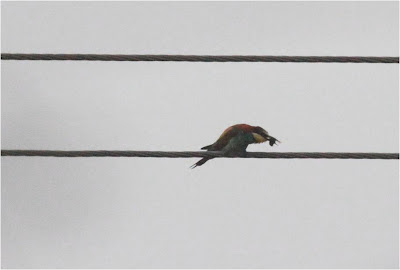 Finally returning to Cley, we made our way round the reserve to the North hide, I provided some year ticks for them - can't remember what. 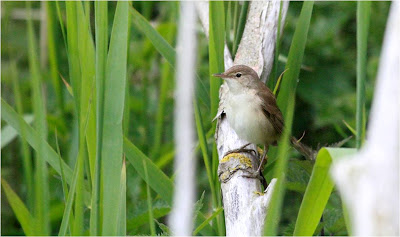 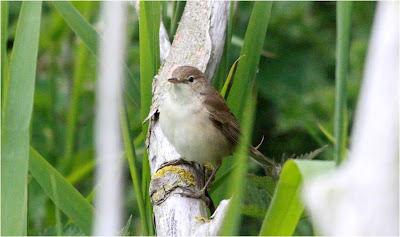 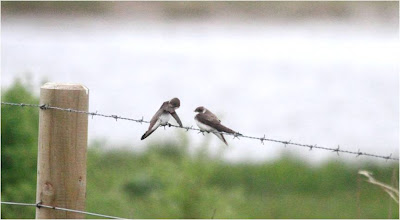 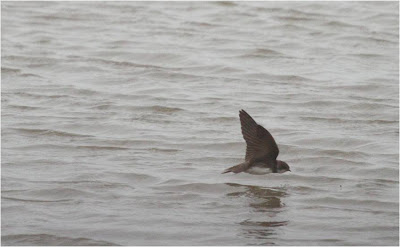 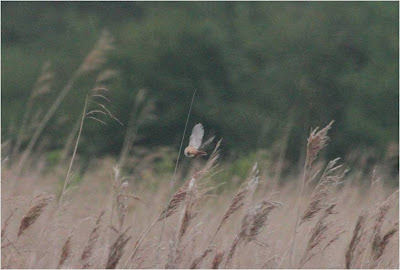 Now for the female Bluethroat - apparently not seen for hours. Our luck though was in. Twenty minutes later another birder calls it as it flies around the hide into a ditch. I pick it up briefly on a post, and then get some arse views as it flies back into the marsh. Job done. 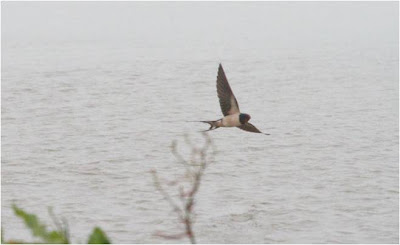 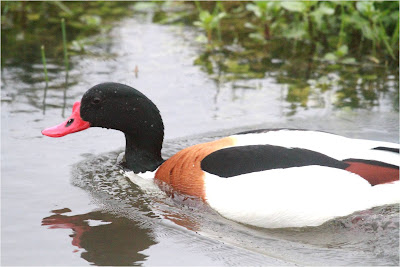 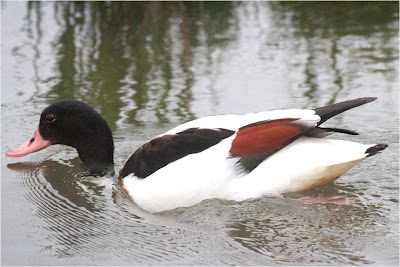 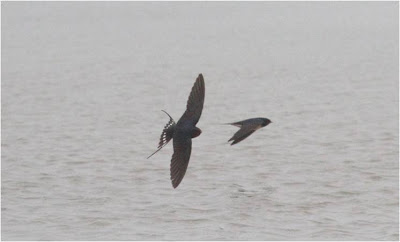 Now about that Red-breasted Flycatcher down the road. Time for more blagging. It's a straight road to Warham, so I reckon my chances of getting lost with my new driver are remote. Another large dispersed crowd here. Some chasing a possible bird down the lane, others, stoic, by a small copse to the north. A brief glimpse as it flies from tree to tree, not really satisfactory, so when my driver decides to leave, happy with his glimpse I elect to stay. Returning to the group by the wood, who should I bump into but Professor Whiteman up to tick the Bee-eater for his Norfolk list. Seeing him I feel more confident in nailing this bird. And after about half an hour and one false trudge back up towards the car, we are rewarded with some piss poor flight views as its chased by Chaffinches through the canopy, bastards! I know I will see more of these rather smart birds in future, but for a kick-off this will do. 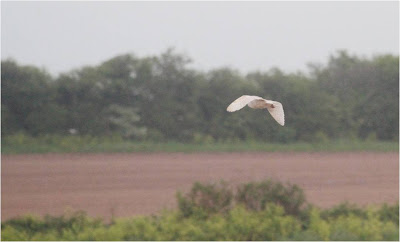 The Professor is happy to give me a lift home, job done as they say. A Barn Owl, hunting over the salt marsh just about the icing on the cake, but then you can't go to Norfolk without seeing one - it's just not the done thing! 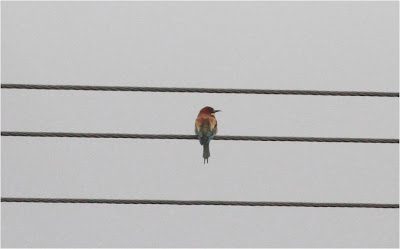 Clearly the draft that I set up for this has failed to put it into chronological order. Tits!
Posted by Nick Croft at 10:19